Home » Pros and Cons » 23 Advantages and Disadvantages of Renewable Energy

Unlike non-renewable energy resources, we cannot store what we collect with renewables over long periods. The United States currently has a stockpile of coal that could last up to 400 years at current consumption levels. With solar or wind energy, a battery is required to store the collected energy and that can provide enough energy for about 24 hours of use, if enough power has been stored.

There are numerous advantages and disadvantages of renewable energy which must be considered. Fossil fuels, by definition, are a finite resource. Exploring options to replace them, should they become in short supply, allows us to continue progressing our society and our lifestyle under modern definitions.

The dangers of electricity and other high-power loads apply to all forms of energy. What we do know about renewable energy is that the collection and use process is typically safer than non-renewable energy methods. If you’re using wind or solar energy, for example, then you don’t have to worry about the threat of a nuclear meltdown or particulate contamination from a coal-fired plant.

2. It is an abundant form of energy.

There is enough sunlight that falls on our planet every day that it could meet our energy needs for an entire year. One day of sunlight equals one year of energy. We just do not have the resources at the moment to collect that energy. Wind provides us with constant energy resources as well. The tides are always moving because of the moon. Waves happen because of the tidal energy and the wind. The internal mechanisms of our planet provide us with heat that can be turned into energy.

Although renewable energy is built on an infrastructure that uses fossil fuels, the emissions cost-savings of renewables occurs quite rapidly. Depending upon the type of renewable energy being used, positive gains can be expected between 5-25 years with most options. Depending on the levels of energy collected, it may be sooner or later than that generic timeframe. That means a 5-year investment can begin improving how we collect energy for a lifetime.

4. It can be collected in multiple locations simultaneously.

5. It is offered in multiple formats.

Energy diversity is possible through renewable energy. Since the 1970s, an interest in developing new technologies in this field has led to 8 major types of energy collection. New technologies, such as road-based solar panels, could even allow for energy collection within current infrastructure layouts. From small stations to large facilities like Hoover Dam, the levels of diversity are much greater for renewables than non-renewables. That means a greater potential for power generation now and into the future.

6. It can provide nations with energy independence.

The average country in our world depends on non-renewable energy for their power resources. Transitioning to renewable energy can lessen the dependence on fuel imports or international aid to meet power demands. An example of this is the Aswan High Dam in Egypt. With just 12 turbines, the dam is able to generate up to 10 billion kilowatt-hours of energy every year. When it first reached peak production, it was provided Egypt with more than 50% of its total energy needs.

The power produced from all forms of renewable energy is just as stable and useful as any form of non-renewable energy. The power it creates can be used with the current infrastructure, as long as there is a link to the renewable facility that accesses the main network. That makes it suitable for virtually any power need, from computers to automobiles to general heating and cooling.

8. It is an economic force.

In the United States, renewable energy is responsible for about 800,000 jobs. In 2016, the wind turbine industry added 25,000 new manufacturing and installation jobs. Solar added another 73,000 jobs. In fact, 1 out of every 50 new jobs created in the United States in 2016 came from the solar energy industry. If sustainable construction positions are included with these numbers, another 1.4 million people have meaningful employment in the renewables sector. That means renewable energy helps our planet while being an economic force at the same time.

The reason why non-renewable energies tend to be cheaper today is because it is a commodity. Oil, petroleum, gasoline, natural gas – these are products that are bought and sold for the purpose of being consumed. Renewables are different. They are a technology, not a fuel. You don’t burn a wind turbine; you install it. Over time, technology becomes cheaper as production and installation methods are refined. That means non-renewable energies will always be relatively consistent in price, while renewables are on a path that is constantly becoming cheaper.

10. It is relatively easy to maintain renewable energy collectors.

Once a renewable energy product has been installed, the costs of maintaining that technology are relatively low. Many solutions can have a no-maintenance lifestyle for years at a time. At the same time, the costs of manufacturing renewable energy collectors are going down. Over the lifetime of the product, some users may see net profits from personal renewable installations at their home right from the start. In Washington State, for example, the average homeowner, through tax credits and electricity purchases, can see a net gain of about 7 cents per kilowatt hour generated from Day 1.

11. It may be able to improve public health.

There are potential health benefits that a society may see if it transitions to renewable energy use. A study by the U.S. Environmental Protection Agency discovered that almost $1 trillion is spent each year on conditions that could be linked to the consumption of fossil fuels. That includes heart disease, certain cancers, neurological disorders, asthma, and several other health concerns. Reducing our reliance on fossil fuels not only helps us live healthier, but it puts more money back into our pockets from related expenses we don’t even think about.

12. It can be used to recycle our waste products.

This is one specific benefit that biomass energy tends to have more than any other form of renewable. Biomass consumes used organic products to generate energy. That means it can produce power from used vegetable oil, corn and soybean byproducts, or even algae. At the same time, it reduces the amount of waste that goes into landfills while also reducing the amount of overall carbon that goes into the atmosphere.

How much money can solar panels or other forms of renewable energy save the average homeowner? Over a 20-year period, the savings on electricity costs alone could be more than $30,000 for some homeowners. In California, New York, and Massachusetts, the expected 20-year savings is more than $25,000 with solar panels. Based on the average cost of installation, that can be as much $17,000 more you’ve earned in that same period. 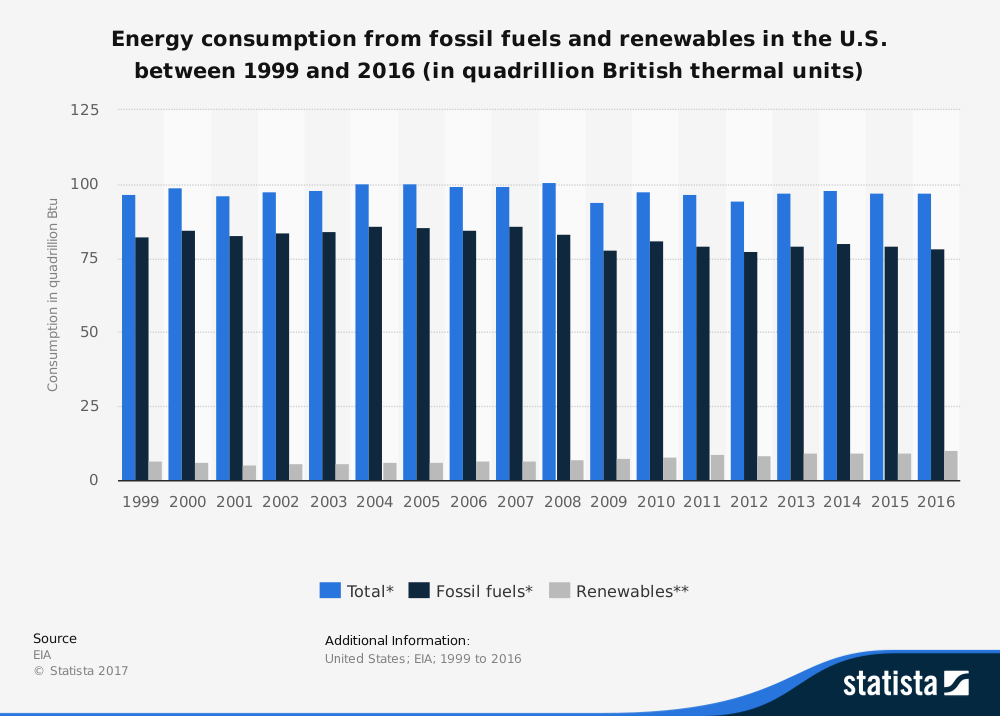 1. It is not as cost-effective as other energy options.

2. It isn’t always a commercially-viable option.

4. It may not be a permanent energy resource.

The environment evolves over time, shifting where renewable resources become available. Some locations, such as offshore wind or tidal energy, are generally quite reliable. Solar energy, however, can be difficult to predict. Geothermal energy may change over time. Billions of dollars can be spent to develop renewable energy resources only to have that money go to waste if that resource stops producing as expected.

5. It can often be manipulated by politics.

Although renewable energy is generally accepted as the future of energy production globally, politics can be a negative influence on its development. If renewables are not given a political priority, then the industry tends to falter, and innovation is reduced in favor of non-renewable options. Because politics tends to go in cycles, renewables tend to see 4-8 years of growth, then 4-8 years of stagnation. The stops and starts make it difficult to create a thriving industry.

6. It is an energy resource that is difficult to access for many people.

In the United States over a 30-year period, the government funded more than $100 billion in energy subsidies. Over half of those subsidies were directed toward nuclear power. Just 26% of those subsidies where funneled toward renewable energy technologies and energy efficiency priorities. Even with solar subsidies of up to 88 cents per kilowatt hour being provided, accessing that energy is not cost-effective for many low-income families. That means the priority stays on non-renewables, which further prevents innovation within this sector.

7. It can take a lot of space to install.

Using current solar energy generation technologies, it takes over 40 hectares of panels to generate about 20 megawatts of energy. In comparison, a nuclear power plant of average size generates about 1,000 megawatts of energy on 259 hectares. If given the same amount of space, a solar energy facility would produce less than 200 megawatts. For land-based wind energy, a 2-megawatt turbine requires 1.5 acres of space. If given the same amount of space as a nuclear facility, even it would only generate a maximum of about 850 megawatts.

8. It isn’t a constant energy source.

Then there is the issue with consistency. Nuclear and coal energy can be accessed at any time. Many renewables can only be collected during specific periods of the day. Solar energy, for example, isn’t collected at night. Wind energy cannot be collected unless the wind is blowing. Even then, wind energy is often inefficient as the turbines have a minimum and maximum wind speed during which they operate.

9. It has expensive storage costs.

One of the pricing factors that is often excluded from the conversation on renewable energy is the storage cost. You must store the energy collected or you will lose it, which means having a battery installed. The overall storage cost for the energy is about 9 cents per kilowatt hour, but the cost of the battery is upfront. That means $10,000 to $25,000 upon installation just for the battery. Some types of batteries can wear out very quickly, especially if their full capacity is being used on a regular basis.

10. It has large capital costs. 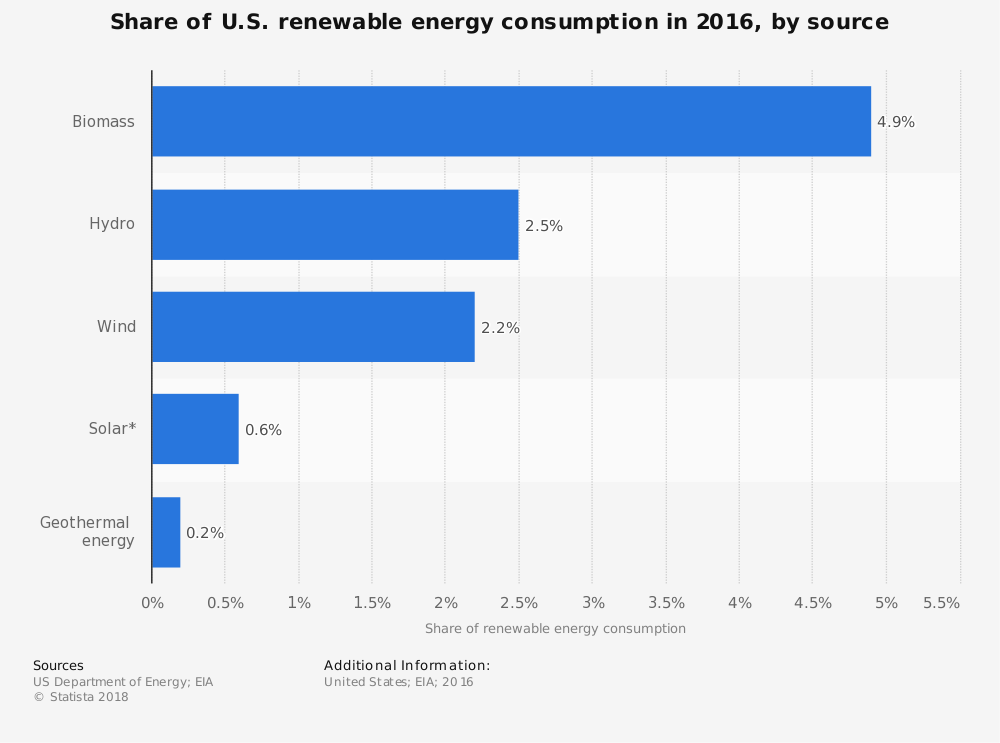 The advantages and disadvantages of renewable energy show us that developing this technology is important for the generations to come. Global warming is a potential threat. Pollution is a potential threat. Whether one believes they are man-made issues or part of the natural cycle of the planet, the end result is the same. We must plan for an alternative energy resource at some point. If we do not, then eventually our non-renewable resources will run out and a future generation will be threatened with backward progress.