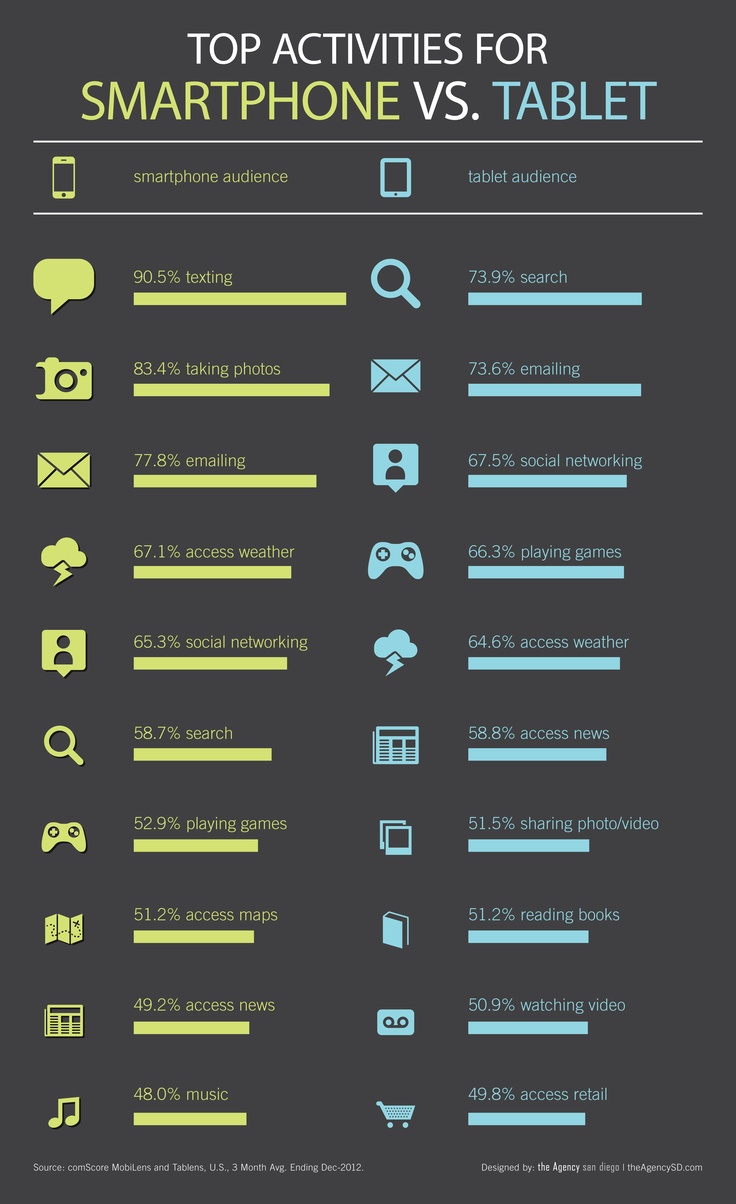 Top Activities for Smartphones vs. Tablets

This article seeks to compare the activites of users of these devices in performing various tasks.

For the tablet devices, 73.9% used this device for performing searches along with 67.5% using it for social networking. A 66.3% used it for playing games and 64.6% accessed weather with it while the percentage that accesses news via the device is about 60%. A 51.5% of tablet users share pictures, 51.2% read books, 50.9% watch a video while 49.8% access online retail stores.