Shoe Dog: A Memoir by the Creator of Nike is a 2016 memoir by Phil Knight, the co-founder of Nike. It describes the history of the Nike sports company from its early roots to its success is one of the most profitable and recognizable companies in the world.

#1 Things Were Tough at the Beginning
Despite Nike’s current success, the earlier decades of the company were rife with financial struggle. The company was originally called Blue Ribbon Sports and it verged on bankruptcy for about 20 years before going public in 1980 and became solid enough financially that Knight did not have to worry about going under.

#2 The Goal Was Always Quality
Possibly one of the biggest ways in which Nike beat the rest of the competition was the constant focus on quality and innovation. Knight and his team were always looking at ways to improve the quality of their product rather than turning out lots of subpar shoes at rock-bottom prices. Knight himself spent many days tearing apart and putting together shoes himself to figure out what worked.

#3 Knight Wasn’t Interested in Advertising
Phil Knight wasn’t originally very impressed with advertising and didn’t recognize its value in his company plans. Even when Nike began to benefit from large-scale ad campaigns, Knight did not fully endorse those ideas and didn’t see the return on investment for large advertisements. This is not the same as general publicity, however.

#4 Knight Focused on Athlete Sponsorship
Instead of traditional advertising, Knight focused more on signing different athletes to become spokespeople and icons for the brand. His first successful athlete signing was with Steve Prefontaine, one of the most popular runners of the time, and who boosted Nike’s shoes into the public consciousness. John McEnroe, a well-known tennis player, was another big advertising victory for the company.

#5 Knight/Nike Didn’t Like Adidas
Particularly in the early days, Knight looked onto Adidas for inspiration and of their main competitor. He had an arguably negative relationship with the company, in that he had contempt for Adidas and felt that they were very arrogant due to their market domination.

#6 Knight and Foreign Labor
Despite Nike being known for employing lots of overseas labor, with all of the moral quandaries that come with it, Knight himself claims that Nike improved the factory conditions of those workers. He also claims that he wanted to pay laborers in foreign countries more money but local governments often got in the way. He points out that Nike is the gold standard for foreign labor compared to many other international companies.

#7 Make a Great Team
Knight describes that a lot of his success came from the excellence of his team. He was surrounded by superstars in all areas and specialties which allowed him to make excellent shoes and create fantastic ad campaigns. Knight makes special mention of several employees in his book and credits them with a huge amount of the overall success of the company.

#8 Never Give Up
Knight knows that this piece of advice is overstated, but he himself struggled quite a lot early on and felt that keeping a business alive was very, almost impossibly, hard. Thus, Knight now advises that anyone undertaking a serious challenge or endeavor should never give up and pushed through the challenges until they find success.

#9 “Fake It” ‘Till You Make It
Many of Knight’s earlier victories came from the confidence that he projected when he met with those with much more power or money than him. He had to walk into boardrooms with many experienced businessmen or borrow huge sums of money several times in order to make it to the top. He managed these victories by acting as though he was successful… and he eventually became so.

#10 Travel the World When You’re Young
Phil Knight believes that he benefited greatly both in terms of his general world wisdom and knowledge by traveling the world in his early 20s. He recommends that everyone with the means to do so should also spend time in other countries absorbing knowledge and experience before settling down into their primary career.

#11 Luck Played a Big Role
While much of the story focuses on the hard work and ingenuity that Knight and others brought to the table at Nike, he also acknowledges that luck played a huge role in his overall success. Some of this is persistence, as sticking with something gives you more opportunities for good luck. But there’s no denying that luck is the ultimate determining factor for business success.

#12 Be a Storyteller
Many of Nike’s most famous ad campaigns and marketing victories have come from an emphasis on storytelling. Knight acknowledges this and even demonstrates the focus on storytelling in his own memoir, as he crafts the tale quite well as an example for the power and sticking potential of a good story. Use this for your own products and advertising campaigns to great effect.

#13 Understand Your Audience
Regardless of what product you are selling or your marketing campaign, you need to understand your audience to be successful. This often means doing research and thinking about what you would want from the types of products you are making or selling. Understanding your audience will help you craft a marketing campaign that’s more successful and which feels personal to all who experience it.

#14 Have a Galvanizing Higher Purpose
Your brand cannot clearly be just a push for money. Instead, your brand needs to help people believe in a higher cause or idea and galvanize people to a higher purpose. For Nike, as an example, this would be inspiring people to be more physically fit and healthy.

#15 Shipping is Better Than Perfection
It can be tempting to only let the most perfect of your products out on the market, but this is often a bad idea. Instead, you will have better success shipping consistent products and getting those products to market rather than always delaying your stuff for perfection. Perfection is unattainable but customers will trust you if you do a good enough job and consistently get your products to them on time. 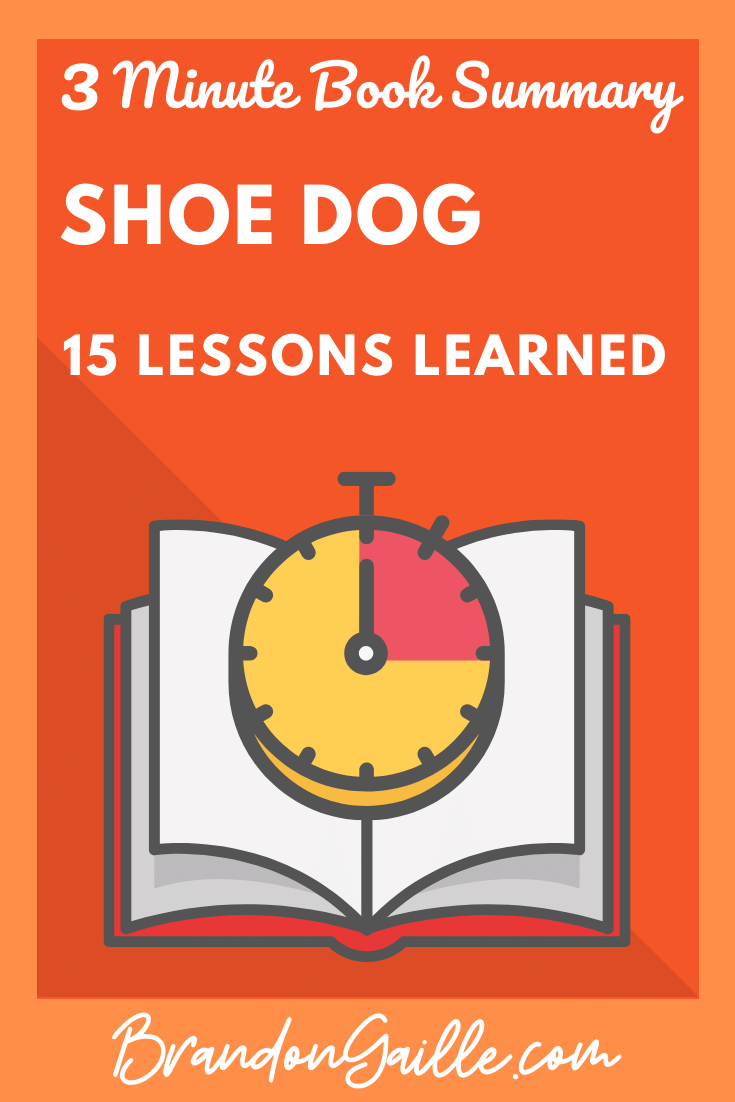