Voting is a right provided to every citizen. Raising awareness of the importance of this right is represented by some of the most popular and catchy voting campaign slogans. This list of voting taglines is used by a variety of individuals and groups in a continual effort to raise awareness and increase voter turnout.

A vote for you is a vote for me.
Be aware, Do your Share, Vote!
Be bright, vote for what is right!
Drop the remote go ahead and vote!
Get up and vote.
Give those statisticians something to talk about, vote.
Have a vision? Make the right decision! Vote!
If you want the best, you have to vote for the best.
Make your vote count.
Promote the vote.
Rock the vote.
Scream it out, Say it out loud, Vote for the one that makes you proud!
Shape tommorow by voting today.
So our future don’t sour, You have the power. Vote!
Stop everything. Go vote.
Vote for experience.
Vote for the Best, The one better than the rest.
Vote for the future now.
Vote for tomorrow.
Vote: It’s your right.
Vote: Where the real power is.
Voting is a right. Not a crime.
Voting is the right thing to do, so in the future we don’t feel blue.
You can’t complain if you don’t VOTE!
You value education, business, and family. We value your vote.
Your vote counts.
Your vote is your voice. Speak up.
Your vote your right, Your vote your might.
Your Vote! Your Voice!

The following infographic outlines the statistics of registered voters across the United States. The top ten highest and lowest voter turnout states is listed. 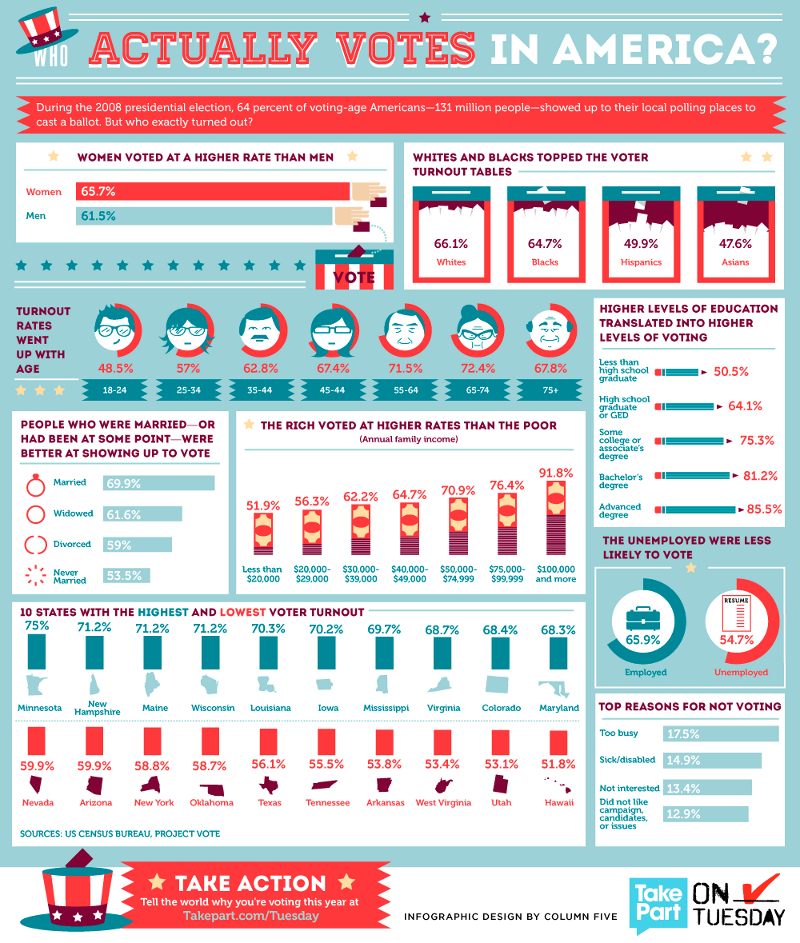