Home » Web Design » How to Make a Font Convey Emotions 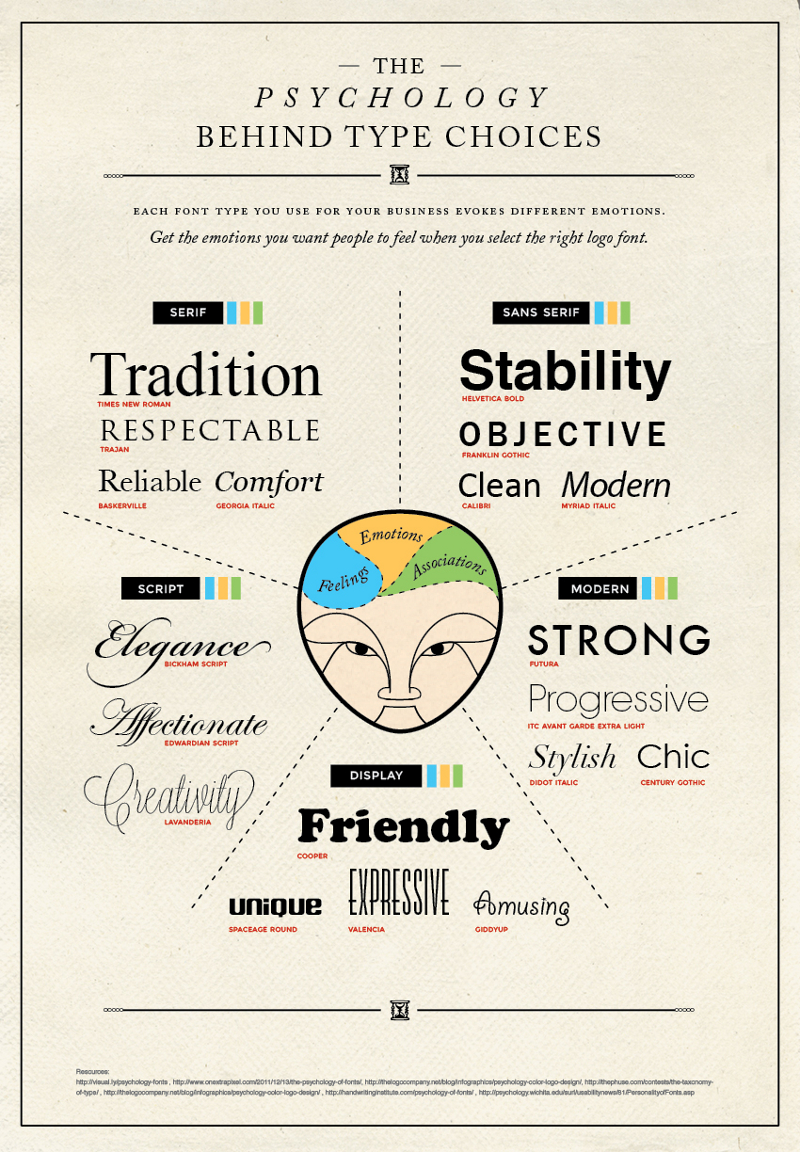 What Does Your Font You Use Say About You?

Did you know that your preferred font is an indication of your personality? From the traditional to the modern, which font you choose in a presentation or even for your every day personal use is a reflection of what kind of person you are. The font actually communicates more about you than what your content actually says! Which font represents you?

Serif Fonts: Serif fonts represent traditional people. These fonts communicate to people that you reflect traditional values, that you work to earn respect instead of expect to have it given to you, and that you are a reliable individual. In many ways, serif fonts offer a measure of comfort because people who utilize these fonts most often make it a priority to keep their word. A handshake is all they need for a binding contract.

Sans-Serif Fonts: These fonts are a little easier to read than Serif fonts happen to be because they don’t have serifs on the characters, or the small accent lines at the end of the character. Sans-Serif fonts speak to a level of stability in a person’s character and a desire to make sure that communication stays open and honest. It’s clean and modern, yet with a level of objectivity that allows others to have their own opinion listened to as well.

Script Fonts: If you prefer to utilize script fonts, then you have a more formal bearing than most other people. Despite this formality, there is also a high level of creativity that you utilize on an almost daily basis. Script fonts speak to a desire for elegance and compassion because the devil is in the details, so to speak. You communicate your love for others in everything, which is why these formal fonts are used for communication.

Modern Fonts: Modern fonts indicate a level of progressiveness. You aren’t afraid to be out there on the edge, willing to take a risk in order to gain a big reward. You have a strong personality and you form your opinions based on the facts that you have at hand. Even though you are constantly pushing boundaries, you know that good first impressions will help you make the biggest impact possible. Because of that, you also are generally stylish, chic, and passionate about what you do.

Display Fonts: Display fonts are for those who wish to display the quirkiness of their personality. Smart, intelligent, but also quite expressive, your creativity is your strongest trait. Your sense of humor can help you get through a difficult situation, which often makes you friendly to others. You’re not necessarily outgoing, but people want to be around you because you make things happen. If you could sum up everything about you into one word, it would be “unique.”

Which font style do you routinely use? Are you willing to try using a different kind of font to see if you could make a different, better impact on another group of people today?