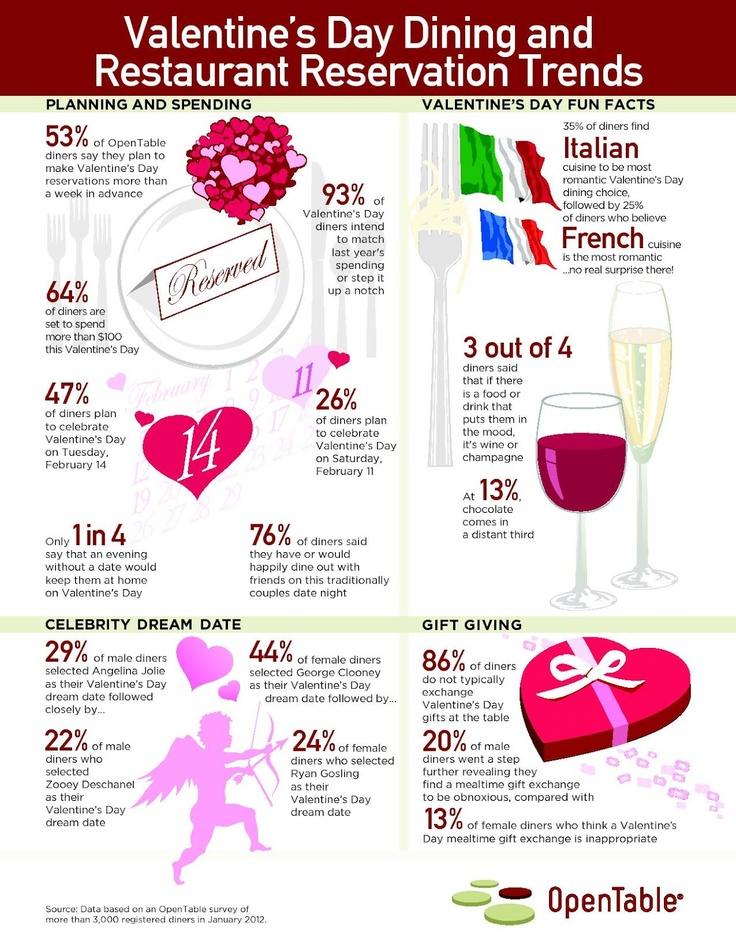 A survey was conducted on Valentine’s Day in various areas and the results from different aspects of this celebrated day were analyzed. It was observed that 35% of diners find Italian cuisine to be the most romantic, this was closely followed by 25% of dinner reservation who prefer French cuisine.

The results revealed about 53% of clients who make reservations for open table dinners on Valentine’s Day do so more than one week in advance, over 60% of the dinner reservations are on a budget of about $100. About 50% of dinners are planned to celebrate Valentine’s Day on the 14th of February. However, for every four persons, one admits to sitting at home on a valentine’s day if they had no date.

About 93% of Valentine’s Day dinners were intended to outdo last year’s spending or at worst match it, while dinner plans made by 26% of celebrants were made on the weekend preceding Valentine’s Day. Others said that they would happily dine with friends on this couple’s dating night and this was formed about 76% of the sampled populations.

For every 4 sampled, 3 admit to having a special drink that places them in the mood. It is either wine or champagne, while at a distant third position, chocolate comes in at 13%.