Blockchains were first introduced in 2008. Many are familiar with it because it was the mechanism used for Bitcoins. Today, however, blockchain technologies are evolving beyond cryptocurrencies to become an influence in how every industry conducts business. That is because instead of using a centralized network, blockchains use a distributed network.

Here are some of the advantages and disadvantages of blockchains to think about.

1. It allows for anonymous transfers of value.

Using blockchain technologies, anything which holds value can be transferred from one person to another safely and anonymously. There is no potential for there to be an unlawful alteration of the value as it is being sent. That means a global network of transactions, from wallet to wallet, is possible using a peer-to-peer network that bypasses the traditional banking structures.

If you have fiat currencies deposited into a traditional bank account, then your funds could be frozen, or even seized, during a time of economic uncertainty. Although many people don’t think such a thing would happen, in 2013, some people lost up to 40% of their deposits when banks in Cyprus seize funds in the accounts. Even in the U.S., investments are insured, not guaranteed, which means some assets could be frozen and inaccessible. Blockchains eliminate this issue.

3. It eliminates the need for an intermediary.

Because blockchains provide a verifiable transaction to a large peer-to-peer global network, the need for intermediaries is reduced. That means financial institutions, credit card process, attorneys, governments, and everyone else who wants to take a chunk out of your cash is limited in what they can actually access. Although the value of transactions can swing wildly, more so than the value of fiat currencies, there is a track record of more than 10 years of actual value being assigned to blockchain transactions.

4. It allows users to be in full control over their information.

Using a credit card means you are putting personal information out into the public sphere to make a purchase. Data breaches from major retailers have exposed this information, including PINs, which have placed personal security at-risk. Credit reporting agencies have faced similar issues. That is why blockchains provide such an advantage. Users are always in control of the information they share about themselves and the transaction they wish to complete.

5. It offers a greater level of transparency.

Blockchains are all viewable by the public. That means there is a level of transparency available to the transactions that cannot be found with other currency options. These transactions are also immutable, which means once it has been added to a blockchain, it cannot be deleted or altered in any way.

6. It offers a certain level of process integrity.

Blockchains are part of a single public ledger. There is no need to deal with different forms of accounting rules or multiple ledgers when using blockchains for transactions. The entire process is simplified, which makes it easier to manage financial transactions, improve the speed of those transactions, and even lower overall transaction costs. 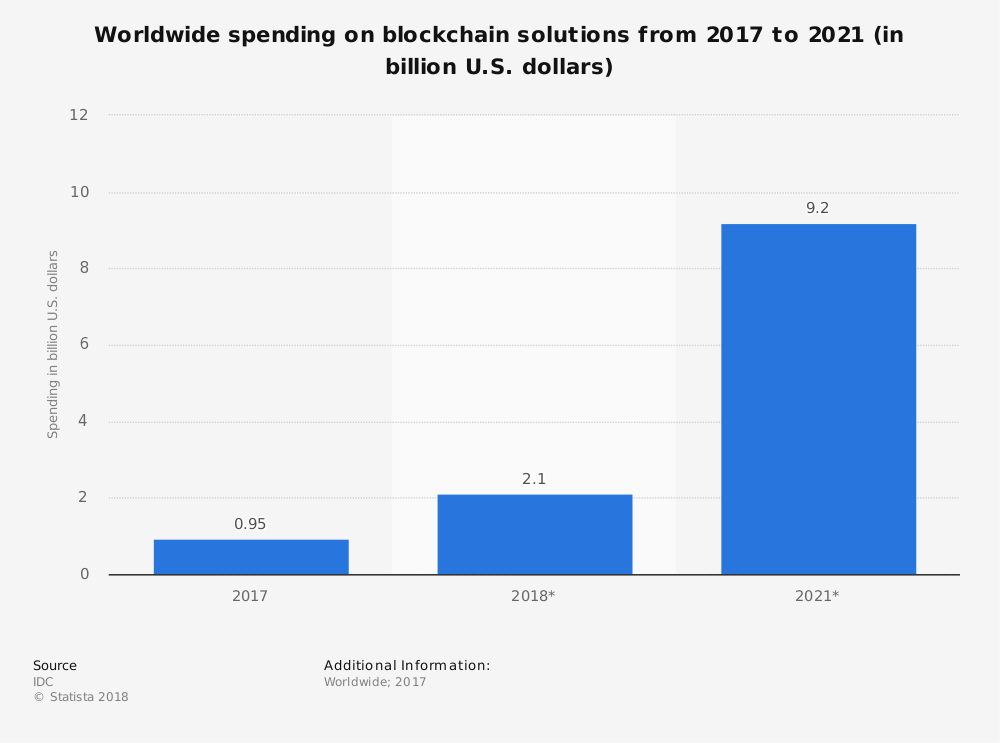 Hacks can and still do happen with blockchain technologies. Although it is more difficult to hack this system than other types of financial networks, the value change associated with a security breach is quite massive. In June 2018, after a major hack on an exchange in South Korea, Bitcoin fell to a value of less than $7,000, which put it at a 7-month low. If you have cash, it can be stolen from you as well, but you have something tangible to protect. With blockchains, your assets are digital.

2. It is not a recognized technology for international value.

Once a transaction has been included within a block on the longest chain, it cannot be reversed. It is this feature that helps blockchains and cryptocurrencies to function as they do. There are escrow services available to ensure transactions are safe for both parties, but then that reduces the advantage in a lack of intermediaries. Some might even see irreversible transactions as a benefit, depending on what they intend to use this technology for.

When initiating a transaction through Bitcoin, the amount of time it takes to complete the action can be upwards of 40 minutes. For that reason, some are looking at cryptocurrency alternatives as a way to grow the influence of blockchain technologies. One option, NewYorkCoin, offers a structure that is similar to Bitcoin, but with transaction speeds that are 20 times faster.

This is another negative that is associated primarily with Bitcoin. In November 2017, the cost to complete a transaction using Bitcoin was just $6. In December, the cost had soared to above $26 per transaction. There have been times when transaction costs have peaked above $40 in 2018. Although you get to set the price of the transaction fee, it requires a higher price to entice miners to include transactions with the next blocks to avoid long waiting times.

6. It requires every request to be individually verified.

Every transaction with a blockchain must be digitally signed. This is done through the use of private cryptography schemes to ensure that transactions propagating between bodes can be verified. Although this process does improve the security of a transaction, it also creates a bottleneck in the blockchain process, which naturally slows down the processing speed of the technology.

7. It has an uncertain regulatory status.

Blockchain technologies may have been around since 2008, though it wasn’t until 2016 when they really began to demand attention. That means there is little in the way of government regulatory oversight in the world of cryptocurrencies and blockchains. Because there is a lack of regulation, financial institutions have not been keen to latch onto this technology to promote it. If something happens to one of your transactions that is unexpected, you may have few legal options available to you to recover your funds.

8. It requires a massive amount of energy.

Running a blockchain is a very intensive form of managing resources. It is very capital-intensive because there are dedicated hardware resources which must be used to be successful, especially if mining is going to be involved. Massive levels of electricity are required as well, which can make mining Bitcoins or other cryptocurrencies unprofitable, especially in the short-term. Although there are success stories of people investing thousands of dollars into Bitcoin to get back millions, the average person will see modest gains at best.

9. It offers a variety of languages.

When developing a blockchain, there can be a lot of indecision when determining which language to use for the final product. Some blockchains have settled on using JavaScript, since many programmers are familiar with this language already. From a development standpoint, however, someone would need to be fluent in multiple programming languages to maximize the potential benefits offered by this technology.

10. It offers a virtually unlimited set of cryptocurrencies.

Bitcoin might be the most popular cryptocurrency, though that is likely because it was the first one. At the current count (as of June 2018), there are more than 1,600 cryptocurrencies, tokens, and coins that are available for trade and transactions right now. Businesses are starting to create their own currencies as a way to simplify transactions. Even though blockchains do have the unique ability to become a global currency, there are actually more currencies available through this technology than through traditional government-backed currencies. 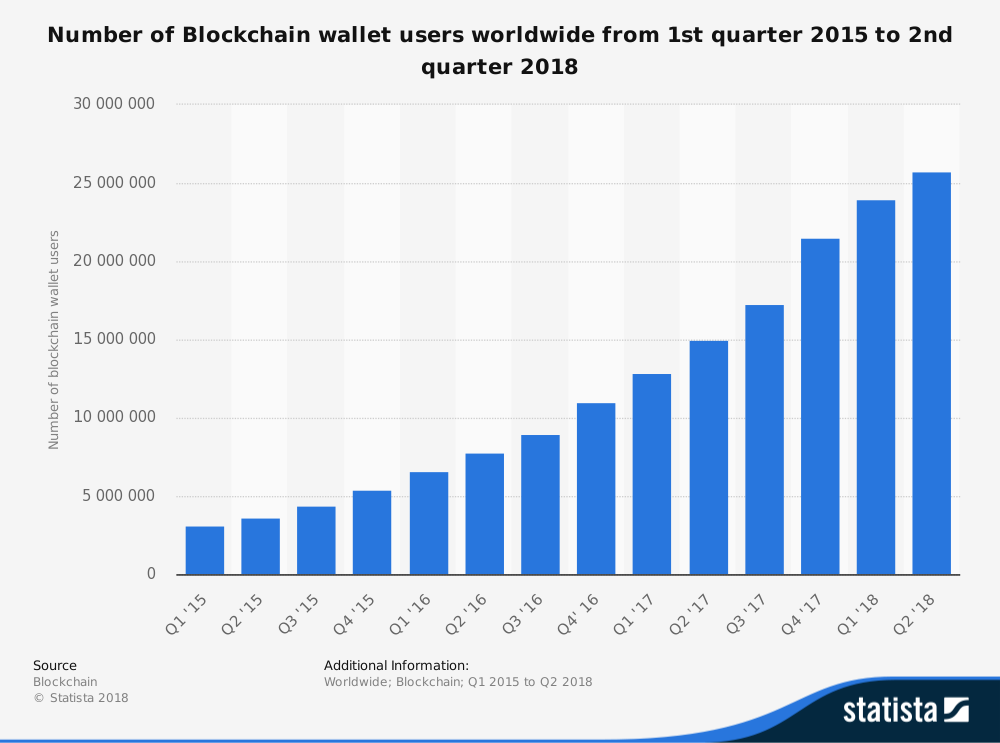 The advantages and disadvantages of blockchains provide us with a foundational technology which could be used as the future of currency transactions around the world. Because it is a global currency foundation set on values of supply and demand, it could create many new opportunities for the developed world to help the developing world make progress. There are challenges to face with this technology, and negatives to be managed, but on the whole, blockchains create more security.