Home » Pros and Cons » 17 Big Advantages and Disadvantages of Fracking

Fracking is a process which is used to gain access to crude oil and natural gas reserves that are located underground. The process, which is called hydraulic fracturing, pumps fluid into a hole that has been drilled into the ground. The fluid, which is mostly sand and water, expands the access point and encourages the reserve to provide its content.

About 4 out of 5 wells drilled in the United States are expected to require fracking to maintain their viability through 2025.

For some, fracking is a process that is completely safe and allows us to access the energy we need to fulfill our responsibilities. For others, fracking is a dangerous process that could place our very lives at risk one day if it is not carefully managed and regulated.

Here are the biggest advantages and disadvantages of fracking to help you find where your perspective lands within the conversation.

Coal is one of the most dangerous fuels we use in today’s world. The fatality rate linked to coal is over 1,000 times higher than the fatality rate linked to natural gas. Fewer particulates are released when natural gas is consumed, when compared to coal, which protects the atmosphere without compromising the amount of energy we’re able to generate.

2. It has encouraged clean-capture technologies.

Fracking has helped the coal industry be able to innovate new technologies to help it stay competitive. One of the best examples of this is the clean coal industry, where emissions can be reduced by over 70% with new filtration and carbon capture technologies. Because natural gas, through fracking, is cheaper and more abundant, it forces the competition to become cheaper and more abundant as well. That means we get more without paying more.

3. It is not as dangerous as it may appear.

One of the most commonly cited dangerous of fracking is the release of methane into the atmosphere. What is not usually mentioned is that methane rates are measured in 20-year cycles instead of 100-year cycles, like other potential greenhouse gases, the dangers seem greater. That makes the dangers of fracking seem greater at the same time. In reality, the emissions rates of fracking, when clean-capture technology is used, is on-par with other energy production methods commonly used.

4. It does not affect groundwater.

Fracking drills wells that are immediately protected. A liner is placed in the well to prevent seepage and leaking. The actual fracking process occurs underneath the groundwater table, which means seepage would need to occur upward for the actual process to contaminate local water supplies. Although it is possible for chemical seepage to occur in such a way theoretically, there have been no known incidents where this actually occurred. Many fracking operations take place 2,000 feet or more below the known groundwater tables.

5. It does not use as much water as other forms of energy.

It is true that billions of gallons of water have been used by the fracking industry to produce energy resources. It is also true that other forms of energy production, such as nuclear energy, can use 10 times more water resources than fracking. With fracking, you do not have the same radioactivity dangers with the wastewater products as there is with spent nuclear fuel either. That means fracking, from a water consumption standpoint, is a step in the right direction.

Foreign energy producers often come together in associations to artificially change the supply and demand ratios for their products. By creating artificial levels of scarcity, higher prices can be charged. Fracking works to eliminate this process because it makes domestic energy resources available to the general public. That means fewer energy imports, fewer expenses, and local jobs.

7. It is a major jobs creator.

In the United States, there are 1.7 million direct jobs in place right now because of the fracking industry. The U.S. Chamber of Commerce expects the number of direct employment opportunities to more than double by the year 2035, reaching 3.5 million. Millions of indirect employment opportunities are possible because of fracking as well. Most jobs are pay above the national average, provide good benefits, and make it possible to improve a household’s standard of living. 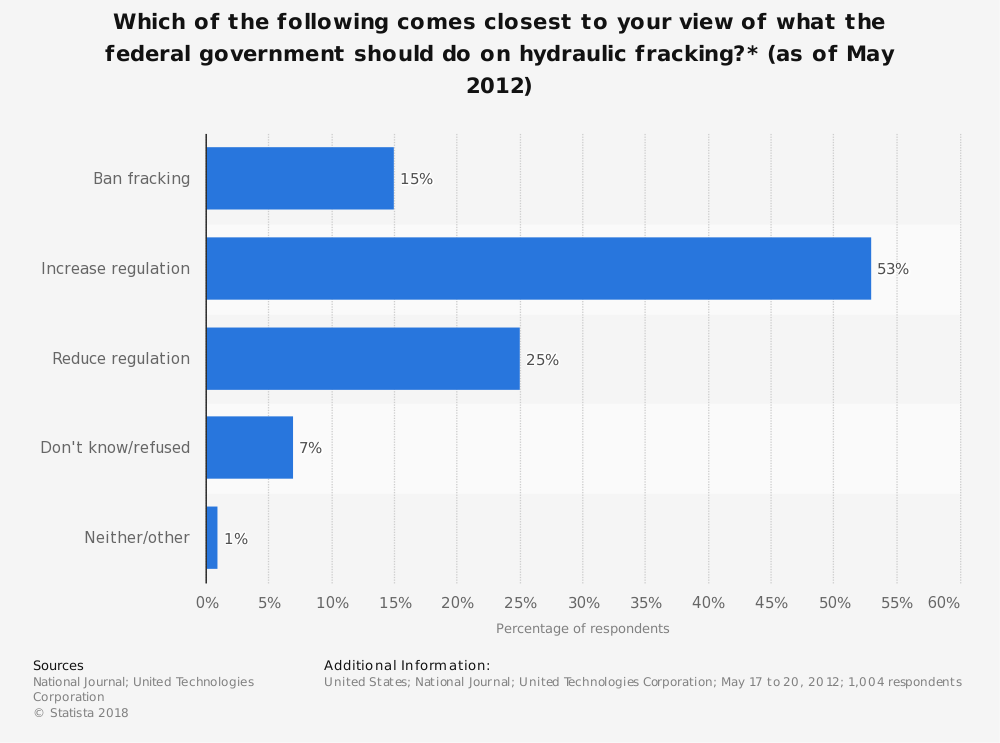 1. It encourages us to use fuels that are finite.

Fracking gives us access to natural gas and crude oil deposits. These may fuel economies and help us in numerous ways, but they are also fuel resources that are finite. Even natural gas, which is often considered to be a clean alternative in the fossil fuel industry, is not as clean as a renewable energy option, such as wind power. We still need fossil fuels to produce industry items for the renewables industry, so even if we transition to renewables, there will still be a need for the fracking industry as well.

2. It may produce ozone.

Ozone in our upper atmosphere is needed because it helps to shield us from the harmful ultraviolet rays that originate from our son. The process of fracking causes ozone levels in the region where it takes place to rise. There are often abundances in benzene in areas that see lots of fracking as well. Ozone can trigger several different health problems when it is breathed in, which includes throat irritation, coughing, and chest pain. In some individuals, it can reduce lung function and create tissue scarring.

3. It may provide us with unknown long-term consequences.

We already know that there are air quality issues associated with fracking. There may be groundwater issues that may occur with fracking as well. There could be health issues that appear 20-40 years later for those who are involved with the industry today. It is encouraging to see a reduction in coal particulates because of the efforts of the fracking industry. At the same time, however, they may be contributing silicate particulates to the atmosphere, which comes with its own set of potential problems.

4. It encourages us to consume more fossil fuels.

Fracking has made it cheaper to access the natural gas and crude oil that we need every day. Because our costs go down, we are encouraged to use more of this resource than we normally may if it was priced using traditional methods. Added profitability for corporations within the industry encourage them to develop more resources for sale as well, which further encourages our use of fossil fuels. Even the cleanest fossil fuels create emissions that could be harmful to our atmosphere. Until we have more answers regarding the long-term effects of carbon dioxide, methane, carbon monoxide, and other emissions, it is better to tread softly in this area.

5. It is a leading contributor of methane in our atmosphere.

Methane is one of the most problematic emissions that we release into the atmosphere. It is up to 20 times more potent than carbon dioxide. Natural gas is mostly methane. NASA estimates that 25% of the emissions which may cause climate change to come from methane emissions. Since 2000, the United States has seen 27.5 million tons of methane added to the atmosphere each year, with leaks from oil and gas production one of the primary drivers of greenhouse emission levels rising in recent years.

The methane contributions are so high, in fact, that they may offset the environmental gains that are achieved by transitioning from coal to natural gas.

6. It puts unknown chemicals into the ground.

The fracking industry promotes the fact that most of the chemicals used to extract oil and natural gas are the same ones that we use in our homes every day. This is a partial truth. About 20% of the chemicals which are added to the fluid is considered proprietary information. There are no current laws in place which require companies to disclose the actual chemical combinations that are being used for the extraction process.

7. It may cause earthquakes.

There are many, including the United States Geological Survey program, which will state that fracking is not the cause of a majority of earthquakes that are recorded. That means, however, that up to 49% of earthquakes, under that definition, could be the result of fracking activities. In regions not normally prone to earthquakes, the number of recording incidents have risen dramatically, especially for quakes in the 3.0 magnitude or greater range.

Owning property in the United States does not automatically mean you own the mineral rights at the same time. Mineral rights are sold separately from property rights. Oil, natural gas, and even coal get grouped into this category, along with gold, silver, and other precious metals. Some mineral rights include surface rights, which allows for gravel and clay extraction.

Although laws are in place that require mining and mineral rights to interfere with any land improvements, including a home, that is on land with rich mineral content, that does not guarantee protections. Be sure to check if your mineral rights have been conveyed from the property deed if you own your own property.

9. It prevents innovation in other industries.

Fracking puts us into a comfort zone where we become happy with what we currently have. Although modern technologies put us much further ahead than where our ancestors where two centuries ago, the same should apply to future generations as well. Fracking has restricted innovation because we’ve focused more on the profits and economics of the systems we have instead of looking for cleaner, cheaper, or more efficient energy options.

After all, there is enough sunshine that comes down on our planet in 1 day to fuel our entire energy needs, at current levels for an entire year. That means, with proper energy storage, one year of energy collection from solar would give us a 360-year reserve. What could we do with that kind of cheap energy?

10. It requires water, which could be used in other ways.

When fracking is required to create or improve access to an energy reserve, it may take up to 30 million gallons of water to complete the process. That means billions of gallons of water have been used in the last decade to improve our access to fuel resources. Our water conversation practices have improved dramatically over the past few decades, but they are far from perfect. Cape Town, South Africa, is facing a severe water crisis where they could run out of it in the near future. Should we be using water to access fuel when there are people going thirsty in the world today? 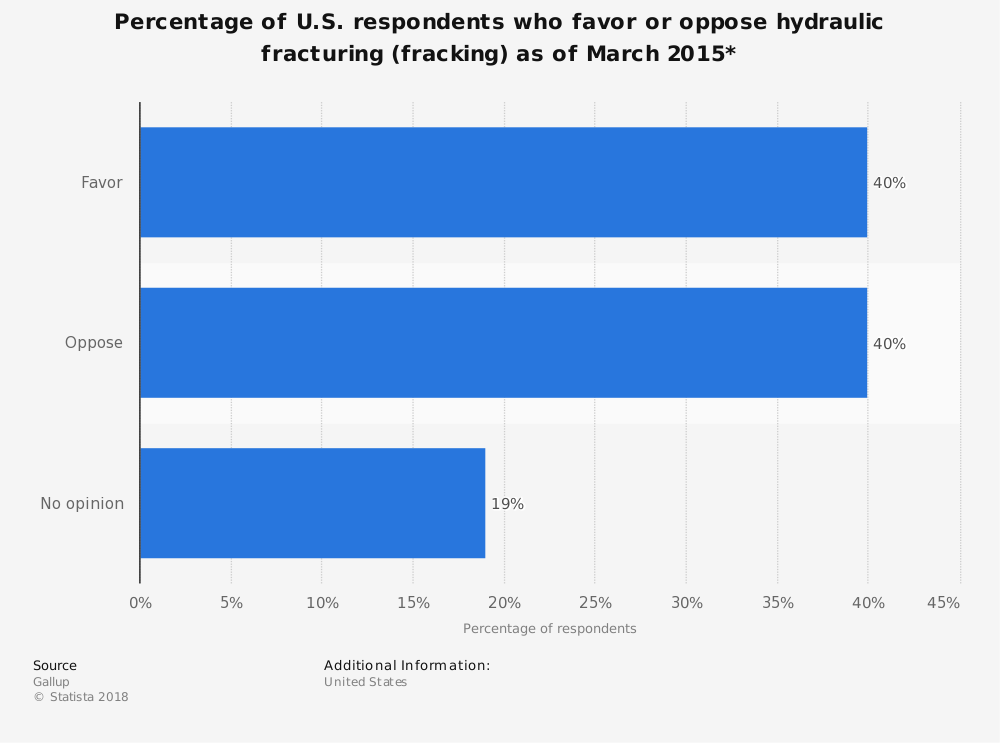 I recommend that you read these 23 scarey hydraulic fracturing statistics that support some of these pros and cons.

The biggest advantages and disadvantages of fracking often depend at how you look at the data. Each argument offers its own form of validity, both for and against the practice. That is why it is vitally important to look at each key point in this debate from a personal perspective.