Hydraulic fracturing is one of the most effective methods of retrieving fossil fuels out of shale, but it comes at a price. They can be environmental and safety consequences associated with the practice of “fracking.”

Hydraulic fracturing is expected to account for nearly 75% of natural gas development in the future.

The issue isn’t that the US or the rest of world could use the fossil fuels that hydraulic fracturing could release. It isn’t even the fact that shale energy reserves could dramatically reduce the heating, cooling, and transportation costs that are paid every day so that better economic prosperity could be achieved. The issue is that there are enough chemicals and silica used in fracking that workers take on great risks to do their jobs and those risks may apply to the community around a wellhead too.

There are strong feels for hydraulic fracturing and against it. Although alternative fuels might provide out society with a chance to get rid of fossil fuel use one day, the simple fact is that right now, those technologies are not financially viable or as efficient as the energy that is produced by hydraulic fracturing. Because it creates a lot of jobs and saves families money, completely getting rid of the practice doesn’t seem to make a lot of sense right now. What we can do, however, is work toward a safer fracturing process that won’t create massive sludge ponds, slurry lakes, and other potential health hazards that can hurt people, the environment, and local habitats.

Hydraulic Fracturing Is Not A New Technology

The amount of natural gas that the United States consumes is enormous. On average, about 23 trillion cubic feet of natural gas is consumed. Just one shale reserve in the US, however, is estimated to have over 500 trillion cubic feet of natural gas contained within it. That means there is plenty of domestic energy that can be accessed right now as alternative energy projects are researched, developed, and refined so that they can be affordably accessed in the future. Hydraulic fracturing has also reduced petroleum imports by almost 50% since 2004. All of this means that Americans are working toward becoming energy independent and that will eventually save them money and end their dependence on foreign supplies.

What Are The Dangers Of Hydraulic Fracturing?

These statistics are why people are concerned about the process of hydraulic fracturing and rightly so. 360 billion gallons of chemicals that are going into the ground have to go somewhere. Although contamination into the water supply hasn’t been documented, this doesn’t necessarily mean it hasn’t occurred. Add to that the exposure risks and other issues that workers and communities face with fracking and the health hazards may pose more of a risk than some might be willing to take just so that local economics can improve. The basic technology hasn’t improved in 60 years. If we can make computers fit into glasses and watches, then we should be able to improve fracking too. 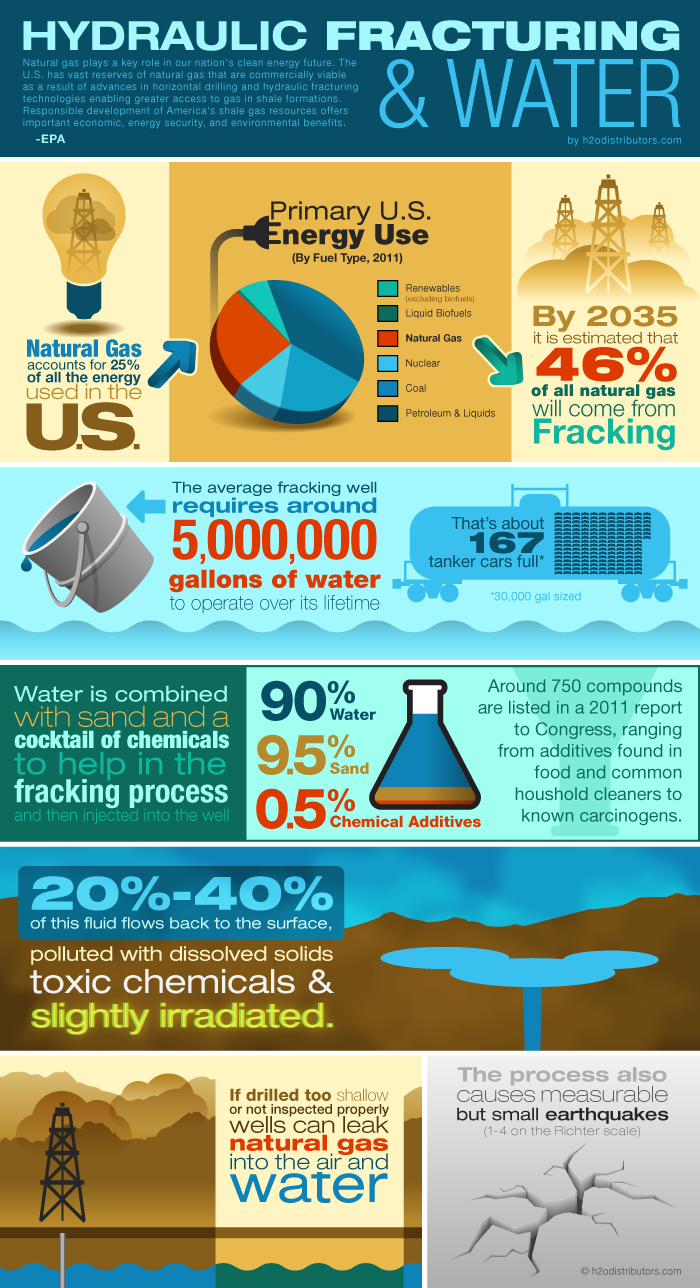