The fishing industry in Greenland is an integral component of the national economy. It is also a critical provider of domestic food products. Even though Greenland is the world’s largest island, with more than 2.16 million square kilometers, much of the land cannot be inhabited. The population centers of Greenland are situated along the coast, where the ice is not permanent throughout the year.

Life in the northern seas can be challenging. The colder waters are also home to an abundant biomass of marine life that is arguably one of the best food resources available on the planet.

Despite the abundance in variety that is available to the industry, there are only a handful of species that are fished commercially in and around Greenland. The most popular items are Atlantic cod, Greenland halibut, and Plaice. Snow crab and cold-water prawns are popular shellfish items that are offered by the industry.

#2. From 1990-2010, exports from the Greenland fishing industry accounted for about 90% of the total exports originating from the country. The total contribution of the fishing industry to the overall economy of Greenland is estimated to be more than 50% each year. (World Fishing) 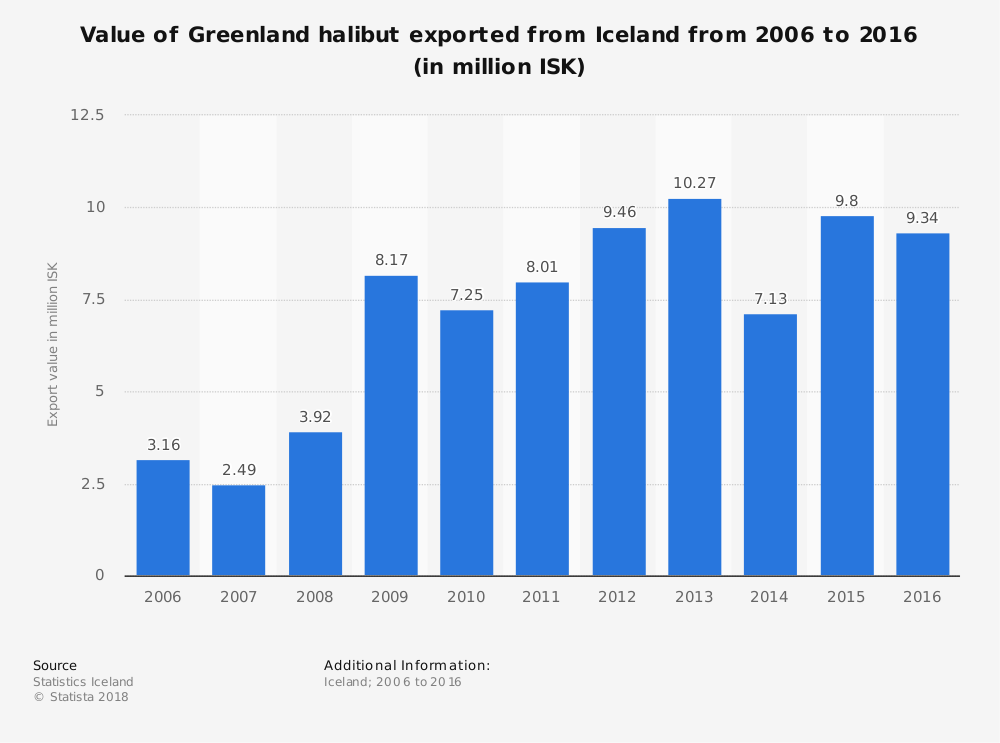 #3. The fishing industry of Greenland also contributes up to 20% of the total national income and wages that are generated through employment each year. (Royal Danish Ministry of Foreign Affairs)

#5. The North Atlantic and the Arctic Ocean provide about 11% of the total marine catch that occurs globally each year. In 2012, about 10 million tons was caught in these two regions by the Greenland fishing industry. 80% of the catch occurs in the Northeast Atlantic Ocean. (Royal Greenland)

#6. 47% of Greenland’s export value in 2013 came from cold-water shrimp. Another 26% of the value came from halibut, while 15% came from mostly cod and crab. In comparison, just 2% of the total export value from the country came from gold and olivine. (Government of Greenland)

#7. The other major contributor to the economy of Greenland is the annual block grant received from the Danish State. In 2013, that value was EUR 470 million. (Government of Greenland)

#8. The current fleet for the Greenland fishing industry is composed of about 850 vessels of various size. There are another 5,000 boats that are part of the industry as well that do not operate on a commercial scale. (Government of Greenland)

#9. Marine capture rates around the Greenland coast totaled 292,000 tons in 2014. Atlantic mackerel made up the bulk of the coastal catch, accounting for 86,000 tons. Another 78,000 tons of Northern prawn are included as well. (Food and Agriculture Organization)

#10. The annual domestic fish consumption in Greenland is one of the highest in the entire world. The average person eats about 87kg of seafood products each year in the country. (Food and Agriculture Organization) 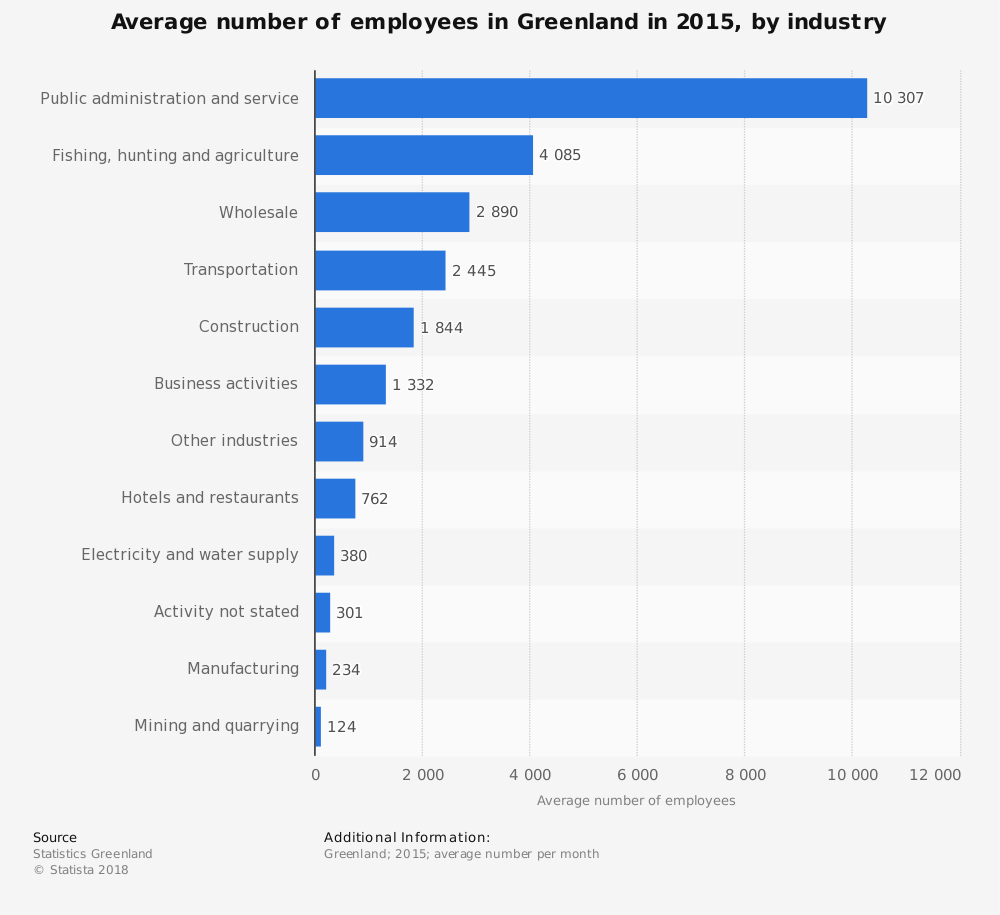 #11. Due to overfishing and weather changes, the quota of shrimp available to the Greenland fishing industry has been reduced by 25% since 2012. The quota of cod was fixed at 25,000 tons for the 2016 fishing season. (Food and Agriculture Organization)

#12. In total, about 5,800 hunting and fishing licenses are issued by the government each year. (Statistics Greenland)

#14. Prices for the industry in 2015 were about 33% higher than they were in 2012. Prawn pricing was more than 40% higher over the same period, while the pricing for halibut was about 20% higher. (National Bank of Denmark)

#15. In 2013, the total export value that Greenland was able to achieve was EUR 366 million. 88% of that value came from the export of fish and shellfish from the fishing industry. (Government of Greenland)

Settlements began to occur in Greenland more than 4,500 years ago. Despite the country being part of the Kingdom of Denmark, it is not officially part of the European Union. It has its own national flag, issues its own stamps, and has been granted home rule since 1979. Self-government was established in 2009.

Because of the unique challenges that are present with the location and climate of Greenland, there is a limited population base for the fishing industry. About one-third of the entire population lives in Nuuk, which is the capital. The rest are scattered throughout several small settlements and towns.

With established quotas and better biomass management in recent years, several species are on the rebound in the coastal waters around Greenland. At the same time, there are improvements in commercial fishing in the waters of the Arctic and North Atlantic that are growing yields each year as well. For the time being, growth for this industry may be small, but it is stable, and that provides a foundation for the rest of the country’s economy.