Women right movements have brought about many changes in a woman’s right to vote, enter industries, and work towards equal wages. However, new trends in feminist movements show a majority of females turning more progressive within the home and looking for ways to be more environmental sustainable, healthy, and anti-consumerism. Yet, women have also shown their rising statistics in furthering education and as entrepreneurs. The below series of feminist slogans are from women rights campaigns and quotes from famous people that capture the continual advancement and contribution to society made by women.

Being a woman is a terribly difficult task, since it consists principally in dealing with men.
Give to every human being every right that you claim for yourself.
I believe in equality for everyone, except reporters and photographers.
I do not wish them to have power over men, but over themselves.
I see my body as an instrument, rather than an ornament.
I think the key is for women not to set any limits.
I think, therefore I’m single.
In passing, also, I would like to say that the first time Adam had a chance he laid the blame on a woman.
Man endures pain as an undeserved punishment; woman accepts it as a natural heritage.
Men are taught to apologize for their weaknesses, women for their strengths.
Men define intelligence, men define usefulness, men tell us what is beautiful, men even tell us what is womanly.
Most women are one man away from welfare.
Never doubt that a small group of thoughtful committed citizens can change the world. Indeed, it is the only thing that ever has.
Never let the hand you hold, hold you down.
No woman is required to build the world by destroying herself.
Nobody will ever win the Battle of the Sexes. There’s just too much fraternizing with the enemy.
Remember no one can make you feel inferior without your consent.
Sexism is a social disease.
Some of us are becoming the men we wanted to marry.
Something which we think is impossible now is not impossible in another decade.
The states are not free, under the guise of protecting maternal health or potential life, to intimidate women into continuing pregnancies.
The thing women have yet to learn is nobody gives you power. You just take it.
There is more difference within the sexes than between them.
There never will be complete equality until women themselves help to make laws and elect lawmakers.
Women are the only exploited group in history to have been idealized into powerlessness.
Women are the only oppressed group in our society that lives in intimate association with their oppressors.
Women belong in the house… and the Senate.
Women who seek to be equal with men lack ambition.
Women’s chains have been forged by men, not by anatomy.
You are a human being. You have rights inherent in that reality. You have dignity and worth that exists prior to law.
You don’t have to be anti-man to be pro-woman.

Women are becoming more of a majority when it comes to higher education. Women with MBA tend to have higher salaries than their male counterparts. However, female CEO’s only account for 3% of all. The below infographic outlines additional statistics of females striving to raise the bar. 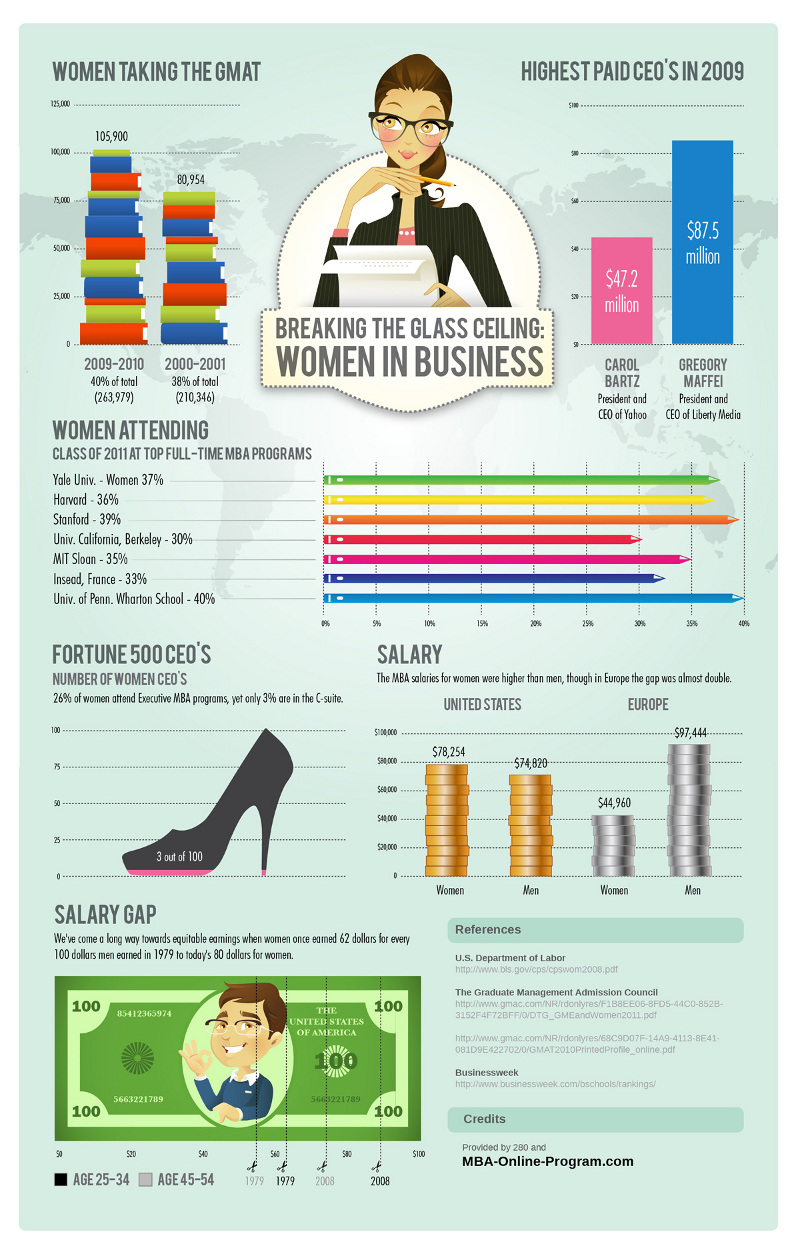