The microfinance industry utilizes a banking service that is called “microcredit.” It provides small loans to low-income individuals or those who are unemployed, a niche of the population that would normally not have access to any type of financial service. In developed nations, microloans to this sector can be as high as $25,000.

When most think about the microfinance industry, however, it involves loans to individuals with limited resources. It provides people who work hard, but earn the equivalent of $2 per day or less, to borrow, save, create equity, pay debt, or maintain insurance for their own small business. Most microfinance industry institutions focus on women-led businesses in the developing world.

#1. There are more than 10,000 microfinance institutions in the world today. Combined, they have more than 70 million borrowers, an equal number of savers, and a total loan portfolio estimated at $40 billion. (Microned)

#2. The growth rate of the microfinance industry has often been in the 20-30% range annually since 2008. (Microned) 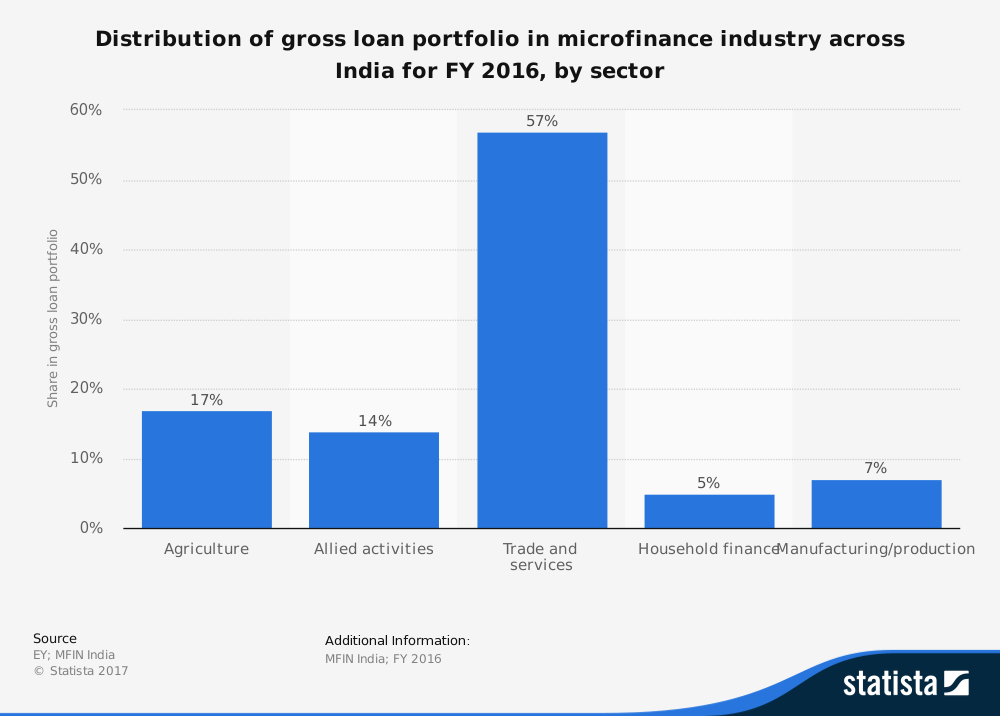 #3. In total, more than 130 million people have been helped by the microfinance industry since it was first started in the early 2000s. (International Finance Corporation)

#4. Despite its ever-growing reach, the microfinance industry may have only helped about 20% of the potential market. The world’s poor account for a population of more than 3 billion people. (International Finance Corporation)

#5. More than 200 million small businesses may lack access to adequate financing, a basic savings account, and other financial resources. That makes them effectively excluded from the financial world. (Association of Microfinance)

#7. About 30 million borrowers in the microfinance industry have their business located in India. About 40% of total microfinance activities take place in India right now. (Association of Microfinance)

#8. India has a highly regulated microfinance market, with a network of nearly 11,000 branches that provide jobs for about 81,000 people every year. (Association of Microfinance)

#9. Just 8% of adults in India have a financial product or resource that is provided by a formal financial institution. (Association of Microfinance) 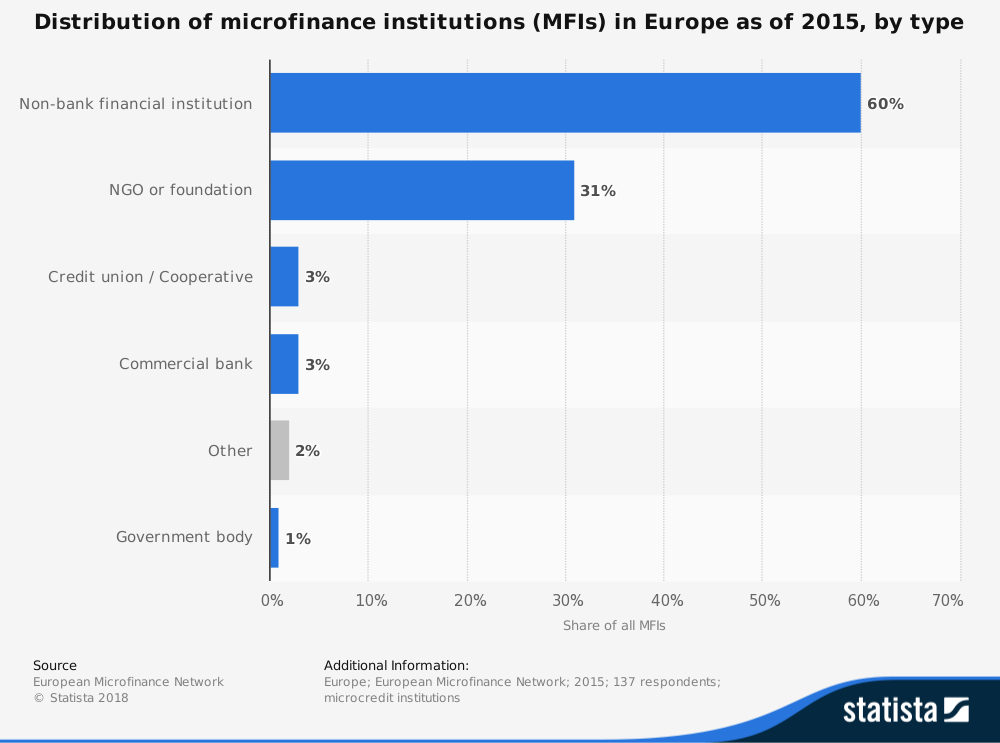 #11. Most microfinance credit is provided without collateral. The loans given are usually quite small. The average financial product given to a small business owner using microcredit is $100 or less. (NBC News)

#12. Joint liability is what sustains portfolios in the microfinance industry. Peer groups of 12 or fewer clients typically guarantee the loans of each other, result in default penalties that could affect everyone. The average repayment rate for loans offered by the industry are higher than 95%. (NBC News)

#13. The average global rate of interest for microcredit in the industry is 35%. In India, market forces have driven the interest rate below 25%. (NBC News / Association of Microfinance)

#14. Although women are generally the borrowers in the microfinance industry, studies show that most loans are actually used by men. (NBC News)

#16. In 2009, about 128 million of the poorest families in the world took at least one microloan to support their finances. In 1997, just 7.6 million families took advantage of this financial tool. (Grameen Bank)

#17. In Bangladesh, microloans begin at $27 and can be as high as $500. The goal is to give people the chance to pull themselves out of poverty. If the loans are paid back according to the terms, then borrowers qualify for larger loans automatically. (Grameen Bank)

#18. In Bangladesh, the government owns a 25% share of the loans that are offered by the microfinance industry. (Grameen Bank)

#19. About 97% of the applicants for microlending in Bangladesh are women. More than 100,000 beggars seek microcredit help annually. (Grameen Bank)

#20. Randomized studies in four qualifying nations, including India, show that microfinance does stimulate start-ups. In 12-18 months, however, the studies found that the loans did not reduce poverty as anticipated. (Foreign Policy) 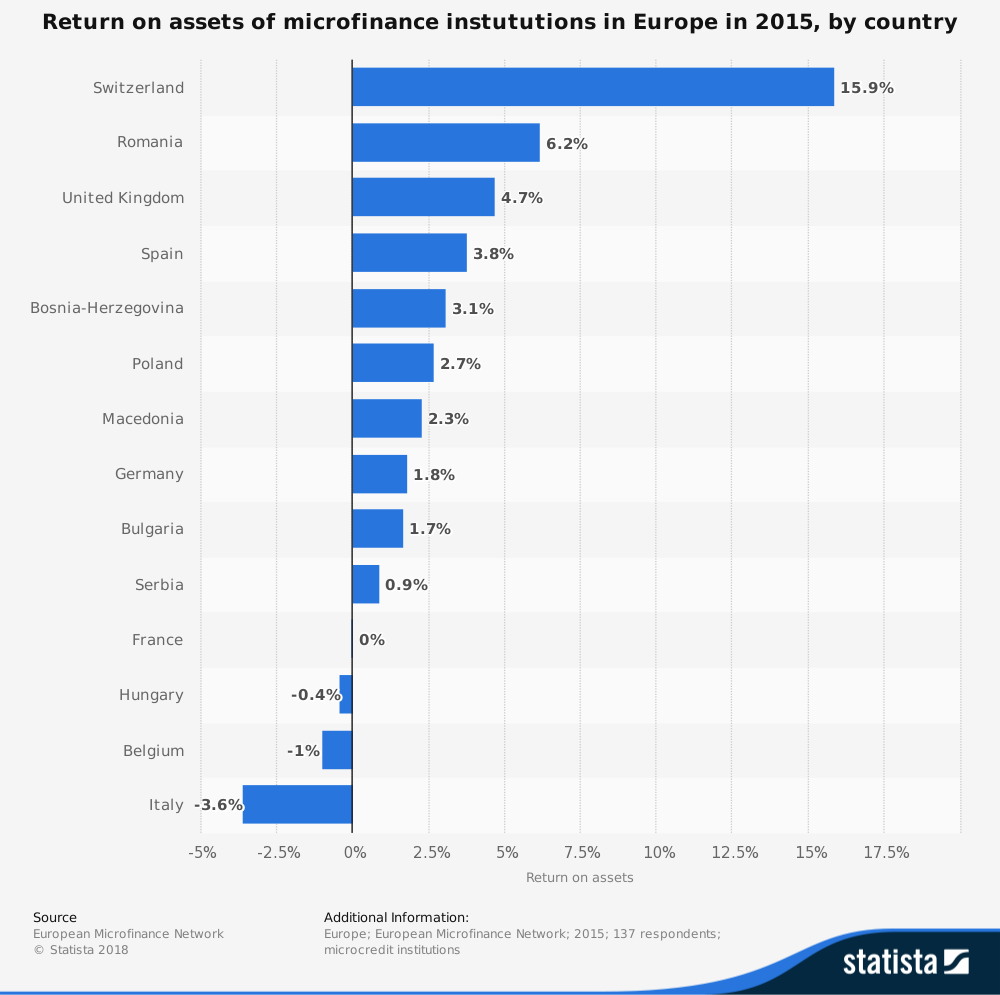 #21. 80% of the world population has no access to loans. More than 5 million people could start a business today to generate income if they had access to start-up funding through a small loan. (Planet Finance Japan)

#22. Although the average size of a microfinance loan globally is about $525, the average loan in India is just $144 – despite the fact that the country is the largest microfinance market in the world. (Reuters)

#24. In total, there are about 3,000 microfinance institutions that are currently operating around the world today. About 400 of them have active lending programs. (Reuters)

#25. In India, the microfinance industry has grown at an average rate of 80% annually since 2014. About 40% of all private equity deals in India have involved microfinance institutions. (Reuters)

#26. About 7% of the world’s microfinance portfolio is concentrated in India, though about 30% of the borrowers that are currently active are from this country. (Reuters)

The microfinance industry will continue to grow, even as infrastructure around the world’s poor continues to grow and improve. About one-third of total clients are served right now because there are so many infrastructure gaps in place. That means there are 400 million people right now who qualify for microcredit, though they cannot receive it because there is no way to get funds to them.

At the same time, there are another 2.4 billion people who may benefit from what the microfinance industry offers and have no way to put that funding to use.

The success stories of the microfinance industry can be quite compelling. Giving people the opportunity to work hard with reasonable resources so they can change their lives is what this industry provides. With so many people still waiting for this opportunity, the microfinance sector will look to continue growing in the years and decades to come.