The Jamaica banana industry became the first commercial producer for this agricultural product in the Western Hemisphere. The Banana Board of the industry in Jamaica maintains a database of over 150 different varieties at its gene bank. This allows the industry to develop new varieties of bananas for export while still focusing on the values that the traditional varieties are able to offer.

Hurricane impacts, disease, and political trading rules all have great impacts on this industry. In some ways, the Jamaica banana industry is simply fighting for survival. For that reason, efforts are underway to work with banana varieties that can produce up to a 50% greater yield than traditional varieties. In 2012, the volume of global gross banana exports reached a record high of 4.5 million tonnes.

#1. The Banana Board of Jamaica stopped participation in export markets since August 2008. From 2009-2013, the industry has focused solely on developing the domestic market and expanding value chains on the island. Exports would not be restarted until 2014. (The Banana Board)

#2. The Jamaica banana industry was able to produce about 55,000 tons of fruit in 2015, which was a 3% increase over production levels from the year before. (Jamaica Information Service)

#3. Exports still occur from Jamaica, even without participation from the Banana Board. In 2015, Jamaica achieved $160 million in earnings from the export of bananas. At the same time, the industry recorded a 51% increase in bananas being sold in markets overseas. (Jamaica Information Service)

#4. The three largest importers of bananas from Jamaica are the Cayman Islands, the United States, and the United Kingdom. (Jamaica Information Service)

#5. In 2015, the government of Jamaica offered the banana industry infrastructural supports and planting materials that were valued at $53.5 million to help it grow. Most of the funds came through the support of the European Union and the Banana Export Expansion Program. (Jamaica Information Service)

#6. The Rural Agricultural Development Authority is also helping the banana industry recover on the island, overseeing the planting of over 120,000 new plants each year for local growers. (Fruit Net)

#8. In 2008, Tropical Storm Gustav hit the island of Jamaica. During that event, it destroyed nearly 80% of the banana crop. In a period of 5 years, Jamaica was hit with 5 storms that each had a severely negative impact on the banana industry. (Fruit Net)

#10. More than 130 million tons of bananas are exported globally every year. With nearly 30 million tons, India is the top producer of bananas in the world, though the largest producers generally focus on domestic markets. Jamaica does not even reach into the top 10 when it comes to banana production currently. (All Island Banana Growers Association Ltd) 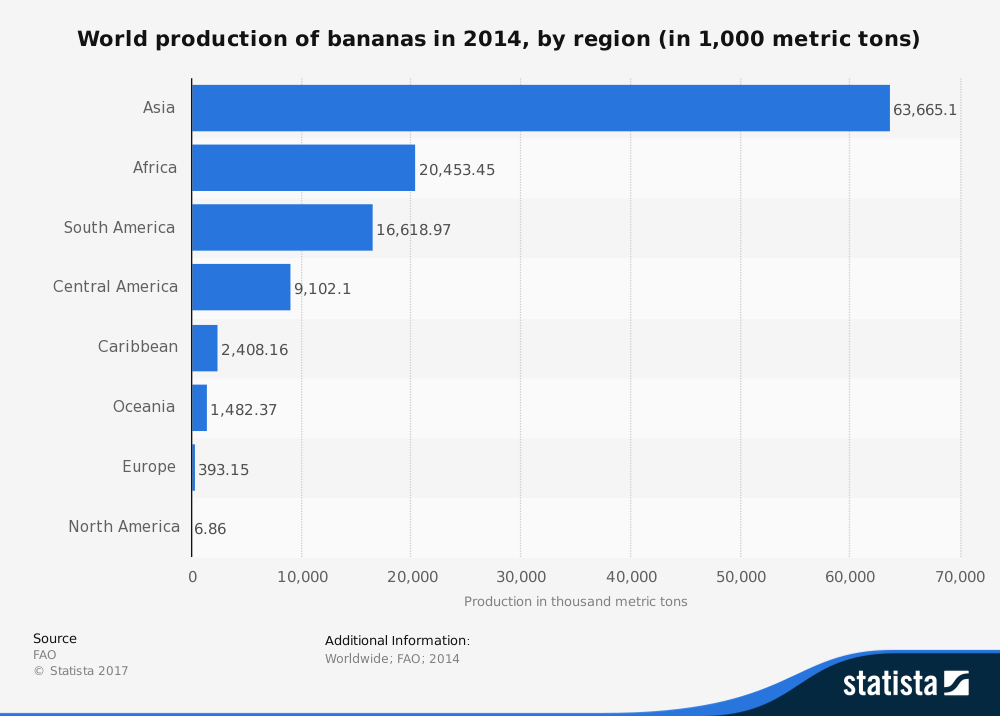 #11. About 50 billion tons of Cavendish bananas are produced globally each year. European and American markets are almost exclusively supplied with this variety since it travels better than others. (Food and Agriculture Organization of the United Nations)

#12. There are about 5.5 million hectares of land that are dedicate to banana production around the world. The fraction of agricultural land provided by Jamaica for bananas is small enough that it doesn’t register as an official percentage. (Food and Agriculture Organization of the United Nations)

#13. Theft is one of the biggest losses that currently affects the Jamaica banana industry. Many farmers experience losses of 75% or more because of theft. The average sentence for someone who is caught stealing from a farmer is just 90 days in prison. (Jamaica Observer)

#14. Bananas, despite all the difficulties involved in growing them in Jamaica currently, are the second-largest agricultural crop grown on the island. Sugarcane is the most popular crop, accounting for 25% of the croplands that are dedicated to regular agricultural use. (Country Studies)

#15. Most of the farms in Jamaica are very small. 90% of them are 4 hectares in size or less. There are about 350,000 available hectares of land that are suitable for cultivation to the industry, while an estimated 160,000 of those acres remain idle. (Country Studies)

#16. Farms that contain more than 20 hectares of land that is currently cultivated make up 43% of the total cultivated land that produces on the island. The largest farms average 784 hectares. (Country Studies)

#17. Many small farms resort to slash-and-burn farming methods because of the cost-savings that are offered by the method. This reduces the quality of the topsoil available to them, however, which may reduce the potential banana yields by up to one-third on any given year. Many small farms that grow bananas also grow other agricultural products to diversify their income streams. (Country Studies)

#18. The Jamaica banana industry is the only one to every surpass sugar exports for revenues in the history of Jamaica. In the 1970s, however, production rapidly decreased from 136,000 tons per year to just 33,000 tons per year. (Country Studies)

#19. As of 2010, Jamaica ranked 47th in total production for bananas and the banana industry accounted for less than 1% of the total GDP for the island. (George A Smathers Libraries)

#20. Despite the continuing challenges, the Jamaica banana industry accounts for up to 10% of the total employment opportunities that are available on the island. (George A Smathers Libraries) 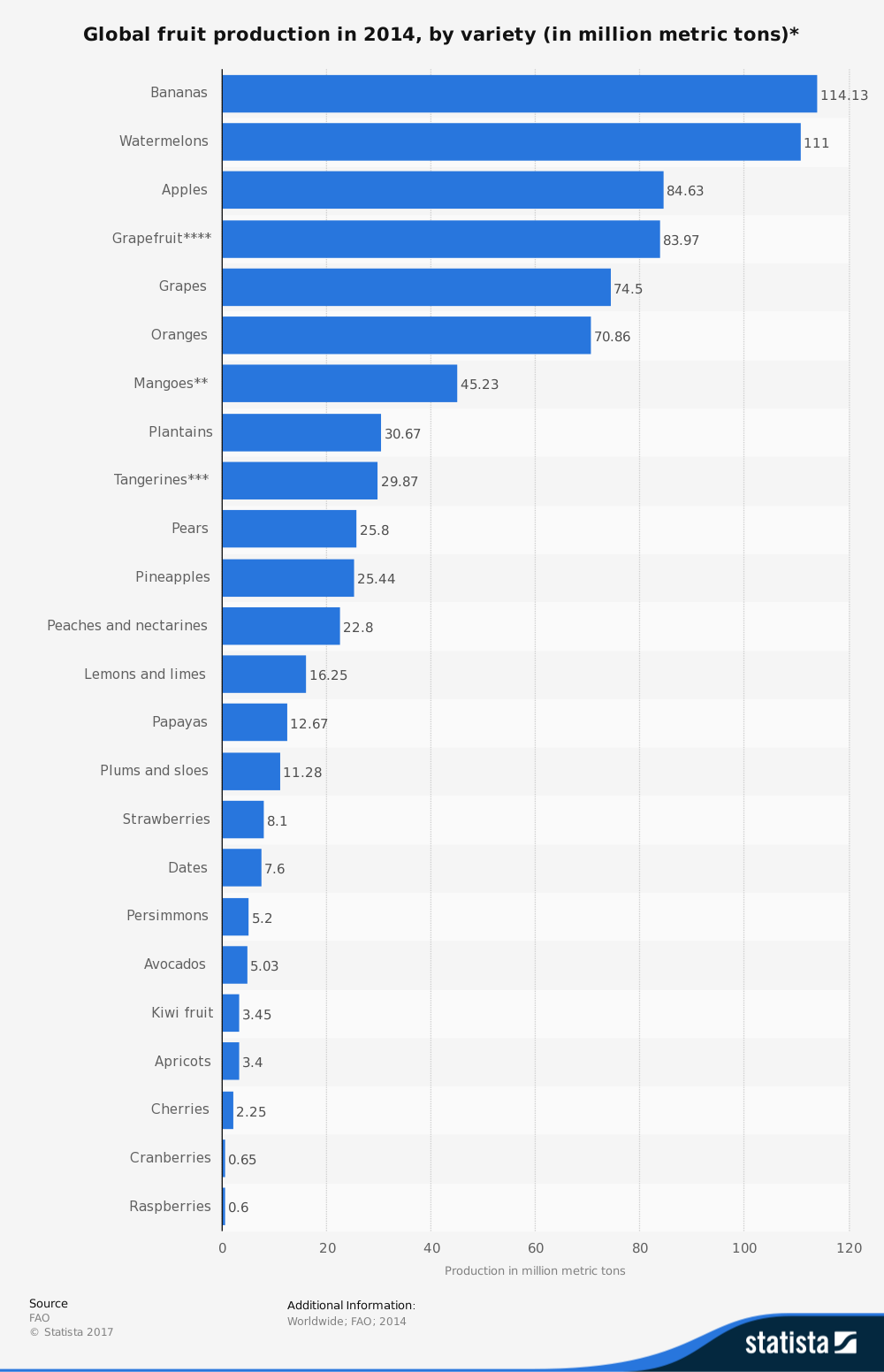 The biggest challenge that is facing the Jamaica banana industry is resilience. Growers must have access to bananas that can resist disease and withstand the shipping process. Two new varieties of banana have been authorized by the Banana Board for evaluation to determine if this is possible.

These two varieties, called FHIA 17 and FHIA 25, offer a lot of potential since they peel while green easily, have good texture and flavor, and stay green for up to 10 days. At the same time, they offer high levels of resistance to Black Sigatoka disease.

Continued investments will be required to help the Jamaica banana industry restore itself to its previous luster. At the same time, Jamaica must be spared from severe storms in the coming years to help growers establish their plantations once again.