Home » Pros and Cons » 19 Advantages and Disadvantages of Deforestation

Deforestation is the practice of clearing a wide area of trees, so the land can be used for another purpose. It is often used to describe what occurs in tropical rainforests when the forest is cut and cleared to install crop lands, plantations, or pasture for agricultural purposes.

Farms may be a common cause for deforestation, but logging, mining, and resource extraction are all contributing factors. It is done because the land is seen as being more valuable as non-forest land. Between 1960-1990 is when deforestation occurred on a major sale. It has also been an increasing trend with every passing decade.

Here are the advantages and disadvantages of deforestation to consider when evaluating this practice.

By 2050, the human population levels are expected to meet or exceed 10 billion. That means agricultural space will be required to feed all those future people. Deforestation may be an unfortunate practice, but it does quickly create needed usable space for agricultural purposes. It can also create more living space, allow for more transportation networks, and provide an economic stimulus.

2. It is a revenue generator.

The materials which are harvested from deforestation practices help to generate revenues right now. Logging creates materials that can be used to build homes and businesses. It allows for oil extraction, gas extraction, and mining. Gold, silver, and precious metals can often be found in areas that have been deforested. That means the cost of clearing the trees can be offset with current needs, making the practice economically profitable over a long period of time.

3. It creates a chance for discovery.

The density of life in the rainforest is one of the most diverse on our planet today. There are thousands of different tree species. More than 50,000 species of various ground-level plants have been discovered. There are thousands of animal species and hundreds of thousands insect species. As we approach the task of deforestation, it gives us the chance to discover the undiscovered. Not only does that give us more information about our world, it also provides us with the possibility of furthering different areas of science.

Employment can be sparse in the areas of the world where the rainforest thrives. Many workers are trained for agricultural employment only. By clearing rainforests, logging jobs are created. Mining jobs could be created. Oil and gas extraction jobs are possible. When the land is turned into agricultural-designated areas, then long-term meaningful employment is possible. For many households, deforestation has led to the possibility of having a home when such hopes would not exist otherwise.

5. It gives us materials.

The trees that are not suitable for lumber through deforestation can be turned into other wood products. Paper can be created from the wood pulp. We can build furniture from the materials gathered from the forest. Many of the everyday items that we use also come from forests. Natural aspirin, sponges, chewing gum, carnauba wax, henna dye, and rubber can all be harvested through deforestation techniques. Responsible harvesting practices are always the best option.

The activities that occur on deforested lands do more than provide direct household support. They also generate tax income that is used by the government for a variety of needs. Some of those funds are directed toward social service programs that help others. In 2005, about $6 billion in tax revenues were generated globally through deforestation efforts.

7. It can ease overcrowding issues.

Many of the cities in countries where forests are common are bursting at the seams. Opening up new lands through deforestation can help to create new communities to ease overcrowding. By reducing per capital population levels, it may be possible to lower crime levels, boost economic output, and reduce the negative effects of urbanization. 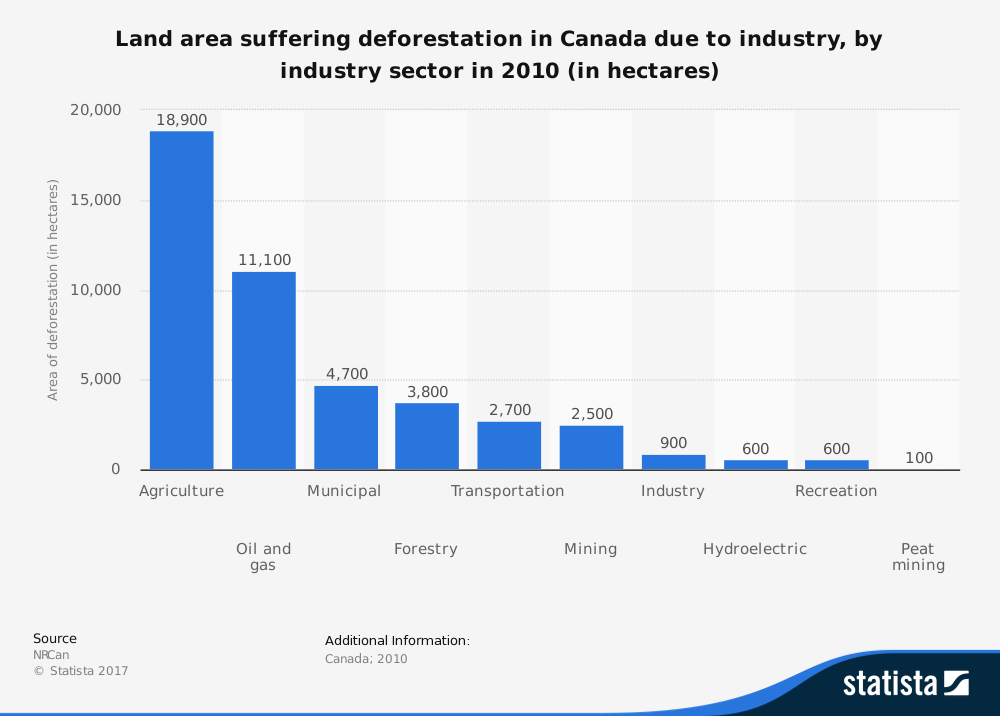 Deforestation is often used to create agricultural lands. The only problem with this effort is that tropical soils are typically weathered and old. That means there is little nutrient input for the soil, compared to the temperate soils that are typically used for agricultural purposes. Dense vegetation levels are known to create high soil acidity, with iron and aluminum at toxic levels, which reduces needed plant nutrients. That means the added cost of fertilizers and additives must be added to deforestation and that is not always the case.

2. It changes the structure of our atmosphere.

Removing trees at a fast rate changes how carbon dioxide in our atmosphere is processed. The process of photosynthesis allows plant life to take the CO2 out of the air and replace it with oxygen. According to a report from Scientific American, the effects of deforestation have a greater impact on carbon dioxide in our atmosphere than the total of all the cars and trucks that are used on roads.

3. It can change weather patterns.

Drought is usually thought of as an environmental condition that falls outside of human control. It may actually be caused by human activities. With more carbon dioxide in the atmosphere, the Earth retains more heat. This can affect local, regional, and global climates. Brazil has seen one of the heaviest levels of deforestation in the past 50 years and it has also seen one of the worst droughts in its history in the past decade. Although drought has affected human history from the very beginning, the severity and frequency of it is increasing.

4. It provides a finite revenue boost.

Unless the practice of deforestation is responsibly managed with new plantings and undergrowth recovery, the land cleared will only provide a limited revenue boost. The profits from logging will eventually run out. Mining and resource extraction can only last as long as materials are available. That is why deforestation occurs at a rate of 18.7 million acres annually, according to figures released by the World Wildlife Foundation. To keep earning those revenues, the practice must keep happening. What happens when there is no longer any rainforest left to harvest?

5. It contributes to extinction-level events.

We may be able to discover new species through deforestation, but we’re also destroying habitats with this practice. Nature is adaptable, but only to a certain point. Without the forest, numerous animal species fail to thrive, which can lead to extinction-level events. Countless plant species are also affected by the practice. There is a direct correlation between the amount of local deforestation that occurs and a decline in wildlife activity.

6. It can cause more frequent flooding.

Forests provide soil stability, which is necessary because of the poor quality of the soil. Without that stability, water absorption occurs at lower levels. Water runs through poor soil easily, leading to flooding and erosion if nothing exists that absorbs the water because it is required. Extra water runoff into rivers creates flooding downstream as well. It can also increase the frequency and severity of flash flood events.

7. It is a finite resource.

At the current rate of consumption, the Amazon rainforest could be completed gone by the year 2060. Many who are reading these key points will be alive when that anticipated date occurs. As of today, an estimated 1% of the life that we believe to be in the rainforest have been directly studied. There are many mysteries that are waiting to be found in the forest, but we’ll lose them if we cut them down.

Although we don’t think about it often, humans are a tribal culture. We see this in our nationalism, patriotism, and even neighborhood choice. That is because our ancestors lived in tribes. There are still tribes living in the rainforests of Central America, South America, and Central Africa today. Some of these tribes still have no contact with the outside world. In Brazil alone, there are believed to be at least 100 different isolated tribes still living in the Amazon. Deforestation will force the outside world onto them, changing their culture permanently. Up to 50% of a tribe is wipe out within a year of first contact by disease alone.

In Brazil, it is known that ranchers who have moved into the rainforest because of deforestation have hired mercenaries to kill local tribespeople, trespassers, or anyone who may threaten their way of life. One man, who the government of Brazil believes is the last of his tribe, is called the “Man of the Hole.” He lives on an area of protected land, grows his own vegetables, and has been targeted by gunmen simply because others want his land. There is a very real risk of genocide when it comes to tribal contact.

10. It could stop medical advancements.

Rainforests have provided numerous medical benefits that have changed the way we think about health. Up to 70% of plants that have anti-cancer properties, such as lapacho, exist only in the Amazon. The Sodo plant is known to help people who are suffering from addiction withdrawal symptoms. We currently use about 200 plants in modern medicine that would be directly affected by deforestation. We would also stop medical advancements that could come from future studies.

In September 2015, Brazil achieved a goal to slow down deforestation by 75%. In return, the government received the funds from a $1 billion project that was intended to preserve forests. Norway’s ambitions aren’t necessarily altruistic. They have massive offshore oil reserves and preserving the forest helps to offset the emissions that are generated from their own activities. Yet, at the same time, it shows that two countries in different parts of the world can work together to preserve forest lands so that everyone can experience gains.

12. It creates a loss of biological diversity.

Even if there were no other scientific discoveries to be made, the loss of biological diversity through deforestation would have devastating effects on our planet. Without diversity, there is a dramatic increase in mutations. We even see this in the human population. There are 14 genetic mutations that are directly associated with familial intimacy practices. Some issues, such as the Habsburg jaw, are still prevalent in ancestors more than 300 years after the incestualized relationships took place. 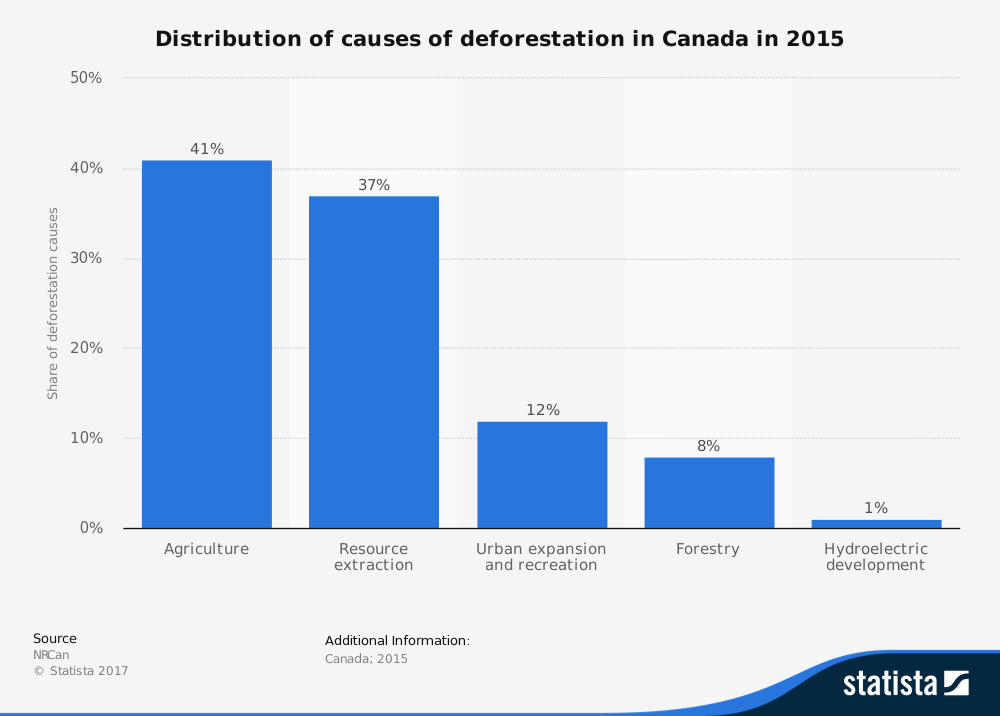 I recommend that you read these 35 statistics on rainforest deforestation that support some of these pros and cons.

The advantages and disadvantages of deforestation are pretty clear. If we are irresponsible with our forestry practices today, then future generations will pay the price for those actions. We’re already seeing what can happen because of deforestation that occurred 50 years ago. What kind of planet will we leave the next generations 50 years from now if this practice continues as it does?

Responsible management can preserve our rainforests while offering revenue opportunities at the same time. This should be our focus.