In 2017, the National Aeronautics and Space Administration, or NASA, celebrated the 40th anniversary of launching Voyager 1 and Voyager 2. These two, small spacecraft were designed to explore the outer regions of our solar system, visiting planets that had not been visited at the time. Today, they continue to voyage beyond the outer realms of our solar system to explore deep space.

The known universe is quite large and, as Carl Sagan once said, “The Earth is a very small stage in a cast cosmic arena.”

Our nature is to explore. We still have regions of our planet that are mysteries to us, but those places are becoming rare and fleeting. It is for that reason we often think of space exploration as being the final frontier.

Exploring space has its benefits and its challenges. Here are the top pros and cons to think about and discuss.

1. Exploration provides us knowledge about the universe.

Exploring our solar system has provided us with valuable information. As we explore space, we can discover new mysteries about the universe that can be applied to science and technology at home. Our exploration efforts may help us to discover life outside of our planet one day. We have already discovered new planets, like Kepler 22b, that may support life in other solar systems. By taking the next step forward into space, we can begin to see what the rest of the universe has waiting for us.

Our ability to explore space has led to the innovation of satellite technologies. These satellites have allowed us to locate mineral deposit and fuel sources. They have helped us to communicate with one another more effectively. In the coming days, Elon Musk plans to launch a network of satellites that could broadcast internet access to the entire world. Space exploration allows us to find these resources on other planets, asteroids, and celestial bodies that benefit us here at home.

3. We can locate potential dangers ahead of time.

Most of the asteroids in our solar system are located between Mars and Jupiter. Comets are relegated to the fringes of the solar system. As they encounter the pull of gravity, however, their orbits can change. That means an asteroid or comet could find its way toward our planet one day. Efforts at space exploration make it possible to locate potentially dangerous asteroids and comets before they would impact the planet, giving us an opportunity to stop a potentially catastrophic chain of events.

4. It has increased our understanding of ourselves.

Space exploration has allowed us to view our planet from a different perspective. The “pale blue dot” view, for example, shows us that from a universal perspective, we are just one speck. All our hopes, dreams, and wars take place on this one speck. By seeing ourselves as the rest of the universe sees us, we can begin to set aside our differences and work toward a greater good. We are important, but we are not the center of the universe.

5. We understand how our planet operates better due to space exploration.

Our different perspective of the planet has allowed us to observe it in unique ways as well. We can see changes in the environment, for example, on a macro-scale instead of a micro-scale. Scientists have been able to study ozone depletion concerns, global warming concerns, and weather patterns thanks to space exploration. This information allows us to assess our current living conditions and make changes that can keep our planet healthier for generations to come.

The drive to explore space has created numerous highly-skilled employment opportunities here on Earth. There are more than 18,000 people who are currently employed because of NASA. SpaceX has an estimated 7,000 employees and the company was founded in 2002. We often think of space exploration as the job responsibility of an astronaut, but it is much more than that. We need engineers, spacecraft designers, scientists, trainers, nutritionists, astronomers, and many more people involved in this effort and their jobs bring economic benefits to each community.

7. We define ourselves based on our need for adventure.

According to figures released in 2017, there have been a total of 18 cosmonaut and astronaut fatalities that have occurred during space flight. Another 13 fatalities have occurred during training missions for space flight or test flights of new vehicles. There have also been 28 fatalities recorded for personnel with job duties that were associated with space exploration. Why have so many people given their lives for this cause? Because we have a need to continue exploring. We must keep pushing boundaries to see what lies beyond. It is the basic definition of accomplishment.

The need to explore the universe has driven numerous industries toward innovative new products. We have camera phones, CAT scans, LEDs, athletic shoes, water purification systems, wireless headsets, memory foam, portable computers, and even scratch-resistant lenses because of the need to innovate for the harsh environments for space. Those innovations make life better for everyone, which allows us all to pursue our goals a little more efficiently.

9. We see ourselves as humans first.

Space exploration is one of the few tasks that we have on our planet today that drives international cooperation. We see many different cultures and nations coming together in pursuit of a common goal. This allows us to share resources, offer new perspectives, and lessen the costs of research because we are working together instead of duplicating each other’s work. This level of cooperation can serve as a tool from which the world can take a lesson and emulate.

10. It is something that anyone can do.

With a telescope, anyone can begin to explore outer space. We have taken that concept to a new level with the Hubble Space Telescope, which has made over 1.3 million observations since its mission began in 1990. Scientists have published over 15,000 papers from the data it has collected since it became operational, making it one of the most successful and productive pieces of equipment humanity has ever built. We have learned more about the age of the universe, discovered new moons around Pluto, and understand more about planetary seasons outside of Earth because of the data it has collected. 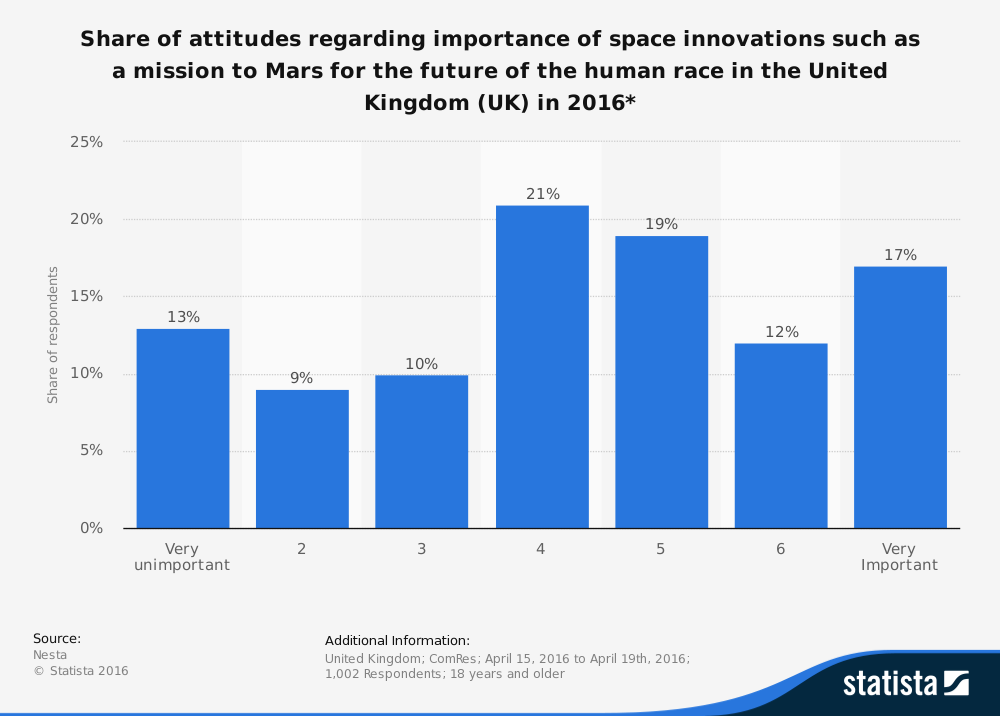 1. Space exploration is a costly venture.

In 2016, the budget for NASA was $19.3 billion. Although that seems small when compared to the total U.S. budget of $3.95 trillion for that year, that figure does need to be put in perspective. According to figures released by the United Nations, it would only take $30 billion to end world hunger globally each year. If the money funneled to NASA were used to take care of Earth-based needs, the United States could eradicate about 60% of the world’s hunger on its own with a simple shift of monetary resources.

2. It is a venture that will always have risks.

Humans cannot survive the conditions of space without protection. Even if humans land on Mars or another distant planet, protection against the existing conditions will be required. There are health issues to consider when the human body is exposed to gravity that is less than what is normal on Earth, including bone loss. We know that the radiation in space can be deadly. We have mitigated these risks by exploring through machines and satellites so far, but eventually, we’ll need to send people out into space to see what is there.

When the Voyagers were sent out into space in 1977, there were golden records placed on the spacecraft to communicate with other life about our own species. Carl Sagan compared the act to throwing a message in a bottle in the ocean. This information may reflect the hope of humanity about life in the universe in general, but these records also provide a map toward our own planet. It would be illogical to assume that every space-faring species is naturally peaceful. Some may wish to come to our planet and exploit our resources. In space, we may even find new microorganisms that are incredibly lethal.

4. It creates a huge amount of junk.

NASA is currently tracking more than 500,000 pieces of space junk that are orbiting our planet. These items will not go away unless we do something about it. From satellites that have ceased to operate to drops of coolant left behind by space vehicles, we have created a ring of debris around our planet that could be devastating to future space travelers. We also have the threat of falling space debris to consider. To deliver internet globally, SpaceX plans to send up 12,000 small satellites.

5. Nations could use space exploration to exploit one another.

There are currently 5 treaties which govern how countries operate in outer space. The goal was to make it so that no nation could claim territories in space that would give them an advantage over everyone else. That hasn’t stopped countries from exploiting space to give themselves an advantage. Satellites can spy on other nations. They can monitor communications. As we push further into the cosmos, these issues will only increase. A treaty is a good first step, but it cannot be the only solution. We must come together as a planet, not as a group of nations, if we are going to explore the depths of the final frontier one day.

6. We could be harming our planet to explore others.

To reach the stars, we must consume fossil fuels. More than 3.8 million pounds of fuel and propellants was used for the space shuttle program in the United States. The cost for a single load of fuel for the SpaceX Dragon is estimated to be as high as $300,000 per launch. The first Apollo missions used over 500,000 gallons of fuel just to get out of the atmosphere. We have come a long way in our goals to reduce reliance on fossil fuels, but we must still burn them to go exploring in space. That means we are potentially harming our planet in our quest to go see new planets.

7. We could bring harm to other species.

We know how devastating human diseases have been to isolated pockets of humanity. When European colonists came to North America, smallpox killed up to 90% of the local population because they lacked immunity to the disease. It may be exciting to visit new worlds or even meet new species like ourselves, but we must take the disease risk seriously. They could infect us or we could infect them, bring harm to one another. 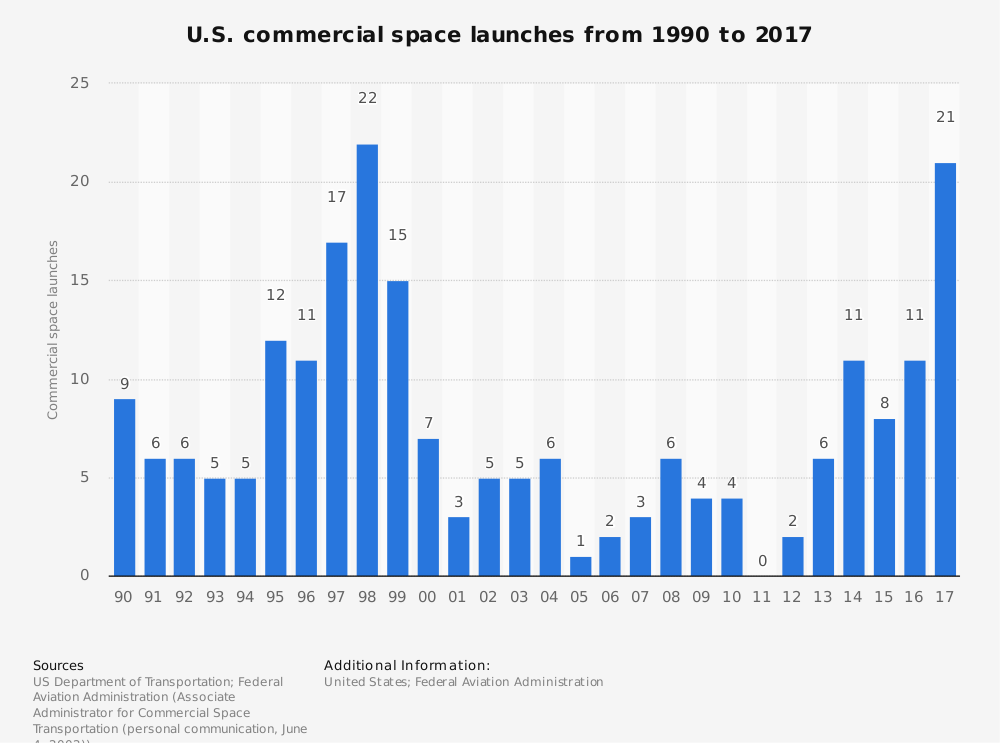 The top pros and cons of space exploration speak to the human spirit of exploration. They must also speak to the human spirit of common sense. We have a very big universe that offers numerous mysteries that likely defy anything in our current imagination. There is not a manifest destiny to control the stars. Instead, we must walk softly and leave no trace wherever possible to let the universe know we are ready to join its potentially extensive community.