Home » Pros and Cons » 17 Advantages and Disadvantages of Petroleum

Petroleum is often thought of as crude oil, though in reality, it is classified as a liquid or semi-liquid mix of hydrocarbons. It can be found in many different locations around the world, though it does typically require certain rock strata to be present for development. Once it has been collected, it can then be refined into various fuel products that we use every day.

From petroleum, we can create kerosene, heating oil, gasoline, diesel fuel, and other similar products. It also creates plastics, medical products, and even the computer or mobile device you’re using to read this content.

Petroleum is useful, even though it is also dangerous. Even in its liquid form, it is highly flammable. It is also quite thick, making it difficult to transport without specially designed infrastructures in place.

There are many different advantages and disadvantages of petroleum which we must consider. It is a resource that allows us to do the things we do every day for ourselves and our families. It is also a resource that could be the foundation of environmental damage that may make life more difficult on our planet for future generations.

1. It offers us an energy resource that is stable and consistent.

Although renewable energy might be our first option in a perfect world, we do not live in such a world. We cannot harvest solar or wind energy full-time. Even if we could maximize our current storage capacities for these energies, it would not be enough to provide constant energy resources around the world. That is why petroleum is such an essential commodity. When it is combusted, we can use the energy it releases whenever we require it.

2. It serves as the foundation of renewable energy.

Did you know that petroleum is used to create many of the products that are used by the renewable energy sector today? Many of the plastics that are used in wind turbines, solar panels, and hydropower stations come from petroleum. Although there are viable biofuel alternatives that can also make these items, the cost of using a completely renewable resource is prohibitive to the industry right now. Most renewable energies are built on a foundation that came from petroleum.

3. It offers numerous opportunities for use.

One of the most common ways we consume petroleum is through the fuel we use for our vehicles and power tools. We also use the fuels that are created through refinement to heat homes and businesses around the world. There are power plants which use petroleum as the fuel to spin turbines. Petroleum helps to make asphalt that we use to build our roads. Various chemicals are created because of the hydrocarbons that come from this resource. In total, there are over 6,000 items that are made from petroleum-related items.

4. It works with our current infrastructure.

At one time, petroleum was a new energy resource. We spent billions of dollars to create an infrastructure and technologies around it. When we consume petroleum, we’re trading the potential environmental costs of doing so with the advantages of not needing to build a new infrastructure for a new energy resource. From the thousands of miles of pipeline that transport petroleum for refinement to tankers that carry petroleum to various ports around the world, petroleum supports a majority of the jobs that people hold today in some way.

5. It is a fuel with a high-density rating.

The power ratio of petroleum, when it is combusted, is about 1 in 10,000. There are other forms of energy available to us, most notably nuclear energy, with much higher power ratios. At the same time, however, petroleum can be turned into various products and fuels, whereas nuclear energy is confined to power generation in most circumstances. With its high-density rating and flexibility, petroleum is one of the most valuable resources that we have access to on our planet today.

6. It is cheap and easy to extract petroleum.

Petroleum is often found within rock strata. To access this resource, a well is drilled into the strata, allowing the deposit to provide its resource. Hydraulic fracturing can encourage the strata to give up its petroleum reserves with greater speed, further improving the affordability of this resource. Even when petroleum reserves are in difficult-to-reach locations, such as underneath the sea floor, we can still affordably extract this resource. In some places, it is so abundant that it can even be taken from pools that form in the top soil.

7. It comes in different grades.

Crude oil and petroleum are often considered the same thing, though technically, petroleum is an overall resource category which includes crude oil. That means we have access to several different grades of petroleum products when we extract it. Grading systems are used because every reservoir has unique characteristics and properties to it that must be evaluated before the products are refined.

A full list of the available grades and types of crude oil is quite extensive. In general terms, however, it can be congregated into extra light, light, medium, heavy, and extra heavy categories. Condensate, blended, and geographic grading principles are in place as well.

8. It does not suffer energy loss during transportation.

Some types of energy, such as hydrogen fuel cells, can lose up to 50% of their energy potential while being transported. Petroleum products do not suffer the same fate. It can be transported over very long distances without having the quality of the hydrocarbons impacted by the journey. North America is home to the world’s longest pipeline for petroleum transportation and it extends more than 2,300 miles.

9. It provides products in the field of medicine.

One of the most useful products that petroleum helps to create is petroleum jelly. People use this product every day to help with chapped lips, dry skin, stronger fingernails, and even thicker eyelashes. It can also be used as a makeup remover and many mothers have used it to help small scratches and scrapes heal.

Pets can also benefit from this product, since it can soothe and promote healing on chapped and cracked paw pads. 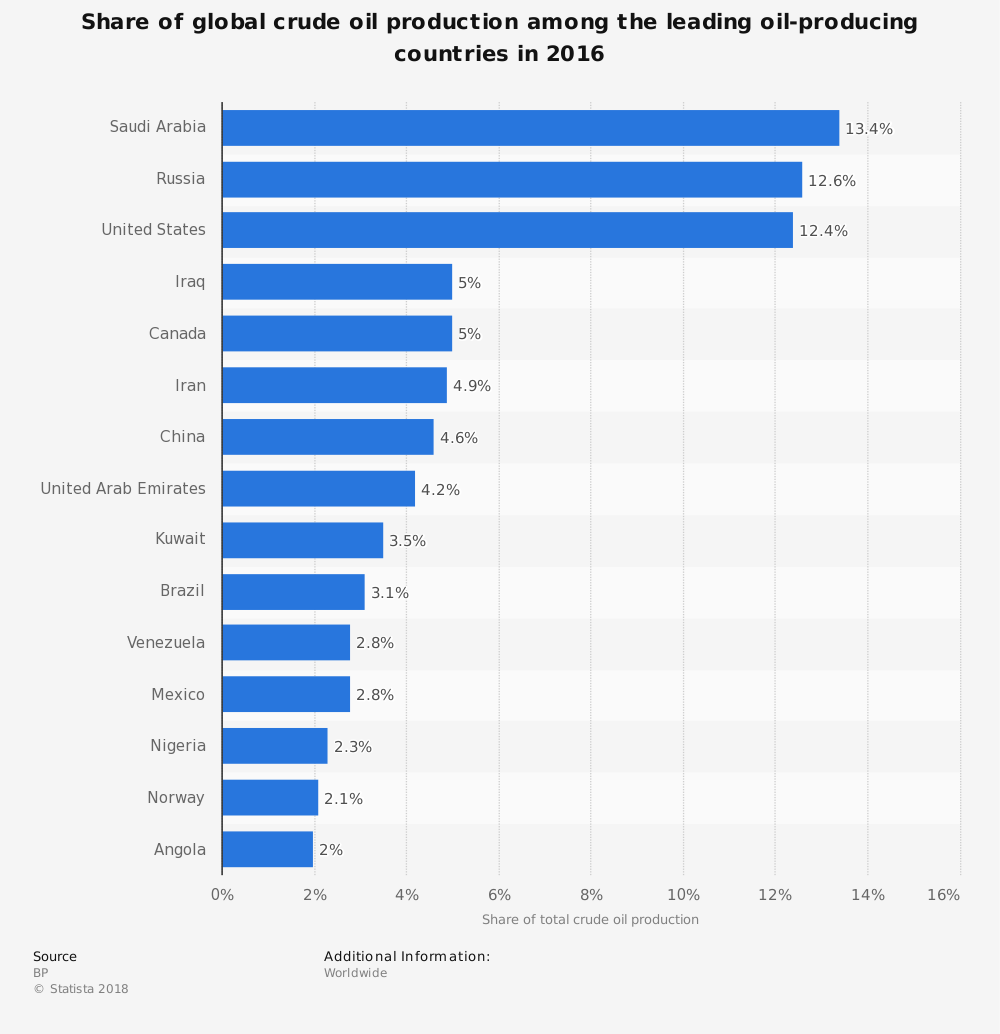 1. It has a value that is easy to exploit from a political viewpoint.

Many of the political conversations our world has today involves petroleum in some way. It has a value that cannot be ignored by any government. The Iran-Iraq War, which lasted from 1980-1988, had petroleum as one of the primary factors for the conflict. The Gulf War in 1990 involved oil. Japan even invaded the Dutch West Indies during the 1940s because of the need for petroleum products.

If we could create a fair market for petroleum products that was accessible to the entire world, the motives for many conflicts would disappear.

2. It can be unsafe to transport petroleum products.

At the time of this writing (April 2018), there are currently 6 major petroleum spills that are being managed in the world today. The Sanchi oil tanker, which collided with another ship, has spilled at least 138,000 tons of petroleum products as the ship burned and sank with all hands on-board. The Napocor Power Barge incident, which began in November 2013, has spilled up to 520 tons of petroleum.

The Gulf War oil spill in 1991 put up to 820,000 tons of petroleum into the Persian Gulf. This data doesn’t include pipeline leaks, tanker leaks, and other transportation losses which regularly occur.

3. It can have a devastating effect on the environment.

Petroleum products, when they are consumed for energy, create a temperature change to the surrounding air that involves heat. When air is heated suddenly, there is an oxidation effect which occurs to the nitrogen that is present. It causes the nitrogen to transform into nitrous oxide. When the nitrous oxide combines with sulfur, which is also contained within petroleum products, the pH balance of atmospheric moisture changes. This creates an acidic water, which falls as rain, and can negatively impact numerous habitats and communities.

4. It can change the composition of our oceans.

If petroleum products come into contact with a coral reef, it will either kill the reef or impede its growth, behavior, and development. Reefs come into contact with petroleum products through floatation contact, mixture from rough seas, or direct contact when dense oils drop to the bottom of the sea floor. As reefs change, life in the sea changes as well, which can shape the pH balance of the oceans.

It is believed that the natural pH of the oceans is about 8.2. In the past 200 years, it has dropped to 8.1, which reflects a 25% increase in acidity.

5. It can be toxic to refine petroleum into usable products.

Petroleum exposure in its raw form can be deadly to virtually all forms of life on our planet. Lethality levels for fish occur when concentrations of petroleum are above 0.4%. Certain components of petroleum, such as benzene, are known cancer-causing agents in humans. Petroleum exposure also reduces white blood cell levels, which can make people become sicker easier and faster.

6. It is a resource that could run out one day.

Petroleum is a product that we take from our planet. Assuming we do not locate petroleum reserves elsewhere in our solar system (or beyond) or cannot harvest them, we will run out of this resource one day. Although reserves have been rising since 1980, reaching a total of nearly 1.7 trillion barrels in 2013, our known reserve levels have been taking a downward trend since then. It has taken our society nearly 200 years to fully develop the infrastructure required to support petroleum use. It will not likely take as long to develop an alternative infrastructure for other energy resources, but it will take time. If we begin the development process now, should a transition become necessary, it would not be as disruptive.

7. It releases potentially dangerous emissions into the atmosphere.

Petroleum refinement and combustion is known to be a contributor to the releasing of greenhouse gases to our atmosphere. It releases methane and carbon monoxide, though the levels of carbon dioxide which are released are incredibly high. The type of petroleum being combusted varies in the amount of carbon dioxide that is produced.

8. It can trigger an allergy and aspiration risk.

Petroleum products are known to create an aspiration risk when they are used around a person’s air passageways. People can also develop allergies to petroleum products suddenly and without warning, especially if there is a family history of allergic reactions. It may also lead to bacterial or fungal infections in some individuals. Applying petroleum products to the skin can become an acne trigger as well. 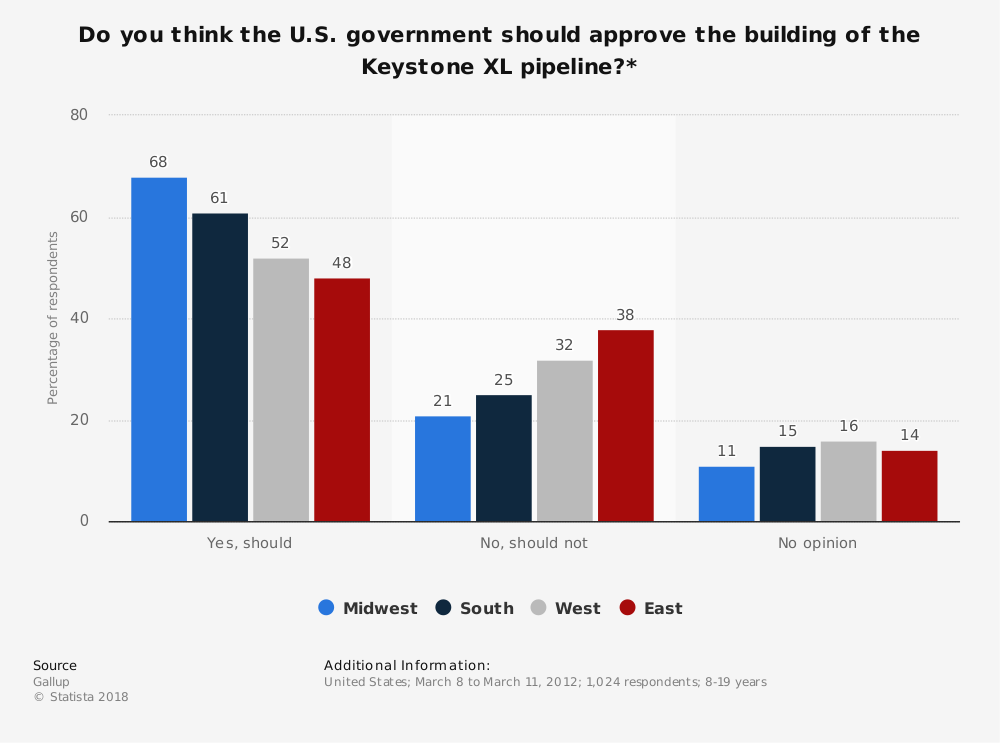 I recommend that you read these 19 important US oil consumption statistics that support some of these pros and cons.

The advantages and disadvantages of petroleum and its associated products help us be productive and pursue our goals. Its consumption could also be putting our planet at risk and we know that exposure puts our health, and the health of other living things, at risk. It is a useful resource, but it is also a resource which we could probably manage more efficiently.