Groupon has made saving money easy! You just sign up for their service, get daily e-mails about discounts in your area, and then choose the one that is right for you. With deals sometimes higher than 90%, there is a tremendous savings to be had!

Are you looking for an alternative to Groupon to get even more deals? There are a number of competitive sites available that can help you find even more deals in your area. Let’s take a look at some of the best of them.

LivingSocial is much like Groupon in that you decide to purchase a deal and then you receive a link to your voucher by the next business day. Afterwards, however, you’ll also get an assigned link to share with your social network. If three people buy through your link, then your deal is free! There is a huge range of categories, so there are plenty of opportunities to buy and share! 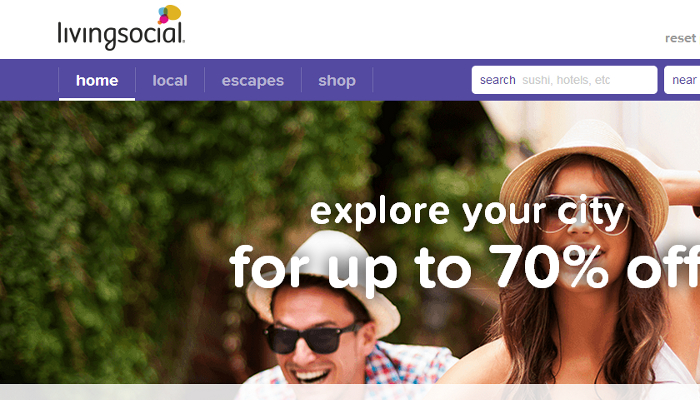 Tippr has the same business model as well – sign up for free e-mails. Instead of getting just one deal per day, however, you’ll get three deals. Instead of sharing the deals with your friends to get a discount, however, you are collectively sharing the deal with everyone on Tippr. The more people who sign up for a discount, the lower the cost of the discount, even if you’ve already purchased it! You’ll get your voucher when the deal window closes and it comes with a 100% guarantee. 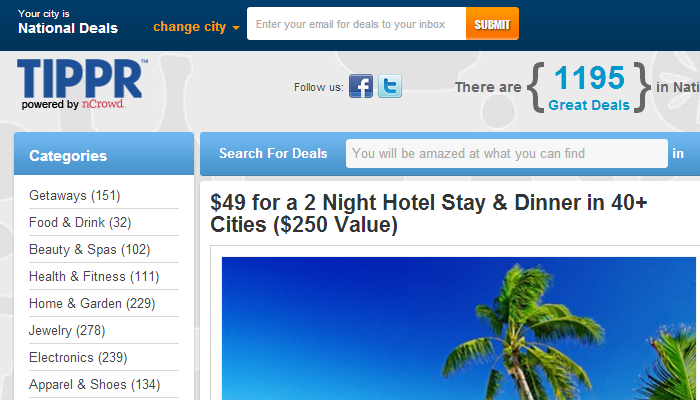 BuyWithMe is also built along a similar model, but with one key difference: if you don’t get enough people signing up for the deal, you won’t actually get it. If the minimum isn’t achieved, you aren’t charged for a purchase, but you also don’t get your deal! Most deals on this site are also extended in length, usually over several days, giving you time to think about a deal more closely. 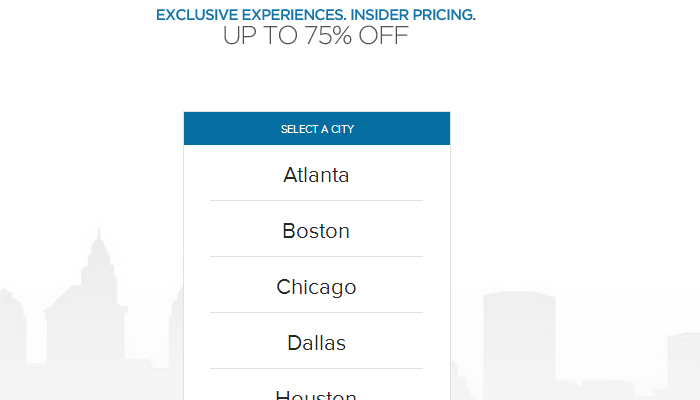 With deals going up to 90% on a regular basis, it’s difficult to ignore Kgbdeals. You also get several deals per day on the website and a friendly e-mail notification about the top deals of the day. From food to jewelry, quantities of their deals are often limited in number and time, spurring people to make a quick decision on a good price. Most deals end at midnight and if you rely on the e-mails to check the site, better add them to your safe list because the messages from Kgbdeals tend to spam out. 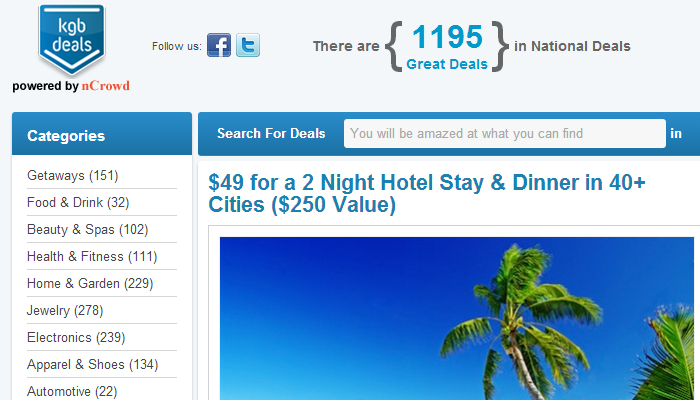 Instead of paying for a discount, with ScoutMob you’re getting a discount that will allow you to spend money at a restaurant of your choice. You get the coupon in your e-mail, take it to the restaurant you wish to eat, and spend what you want with a percentage off, sometimes up to 50%. ScoutMob is in limited cities now, but the site is ever growing! 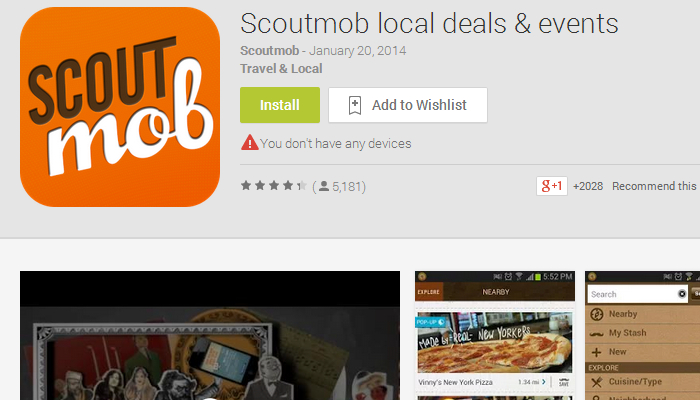