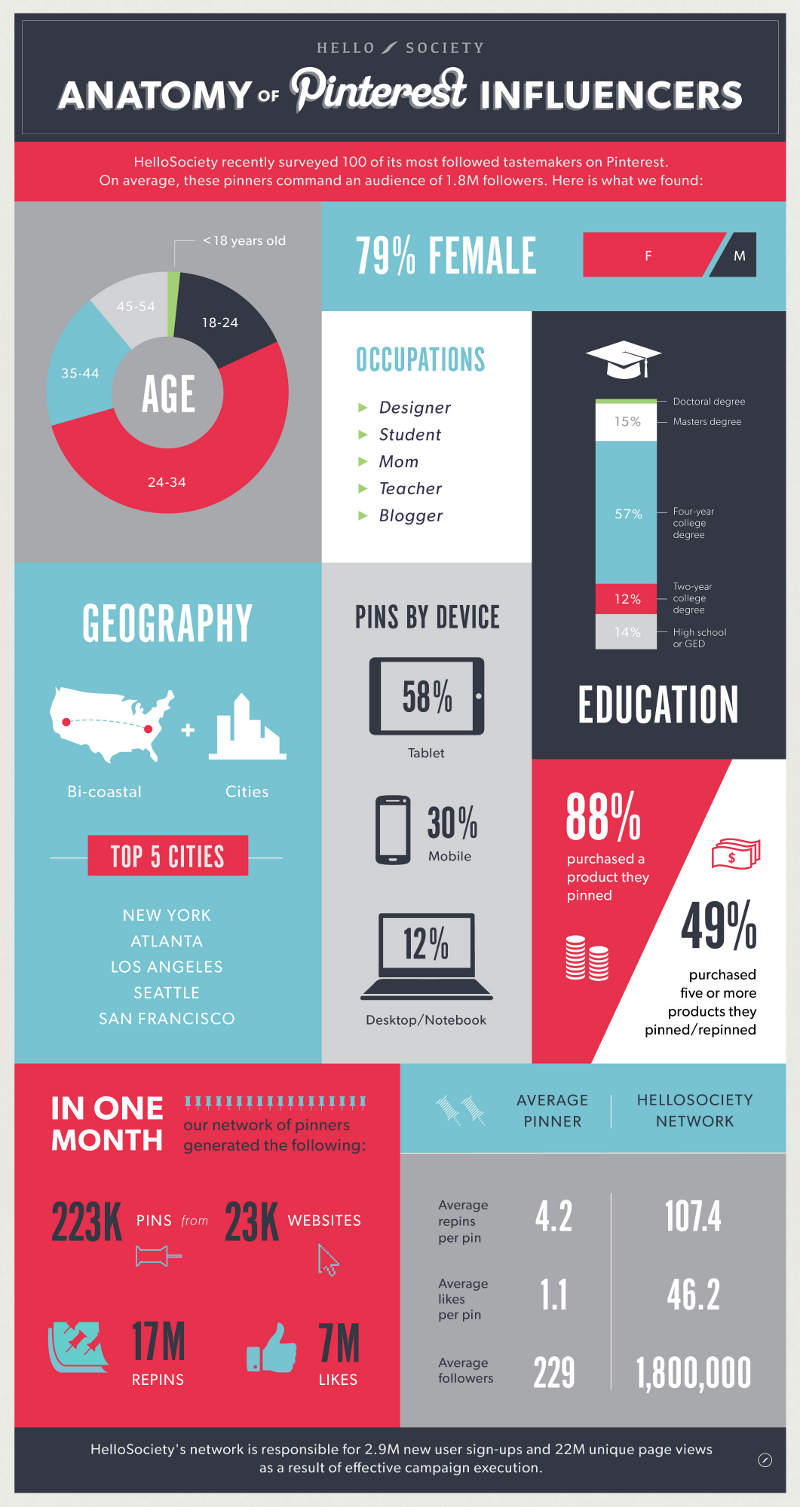 In a recent survey conducted by HelloSociety, 100 of its most followed tastemakers on Pinterest were sampled. The interest of an audience, approximately 1.8 million in number was secured by these followers, here are the findings:

There were more females than males. Females formed 79% while males formed 21%. They were drawn from different works of life. Among them were designers, students, moms, teachers and bloggers. Participants were from different age brackets with ages 24-34 being the largest group, 35-44 and 18-24 were next while age group 45-54 formed the next largest groups. Those who were younger than 18 years were the least in number.

Participants were from bi-Coastal cities. The top five cities that were represented were New York, Atlanta, Los Angeles, Seattle and San Francisco.

In one month, over 200,000 pins were generated from 23,000 websites with 17 million repins. 7 million likes were generated by the network of pinners. This resulted from 4.2 average repins per pin, 1.1 average likes per pin and 229 followers on the average.

The HelloSociety network has an average repins of 107.4 per pin, 46.2 likes per pin and 1.8 million followers on the average.