Daring Greatly: How the Courage to Be Vulnerable Transforms the Way We Live, Love, Parent, and Lead is a 2012 book by Brene Brown. In this book, she details ways with which to nurture and gather courage, as well as ways in which we can become comfortable with vulnerability.

#1 The Reasons Behind Shame
First, anyone attempting to be courageous or learn to be vulnerable must understand the reasons why we feel shame. At its core, shame is the integrated idea that we are not deserving of love or connection with others because of scolding, criticism, or because we don’t have a sense of belonging with a group.

#2 Shame is Harmful
After understanding where your own shame comes from and why you might feel it, Brown states that feeling shame can be harmful in the long run even if it had short-term benefits when humans were still evolving. Nowadays, shame can come from a plethora of sources and can end up negating one’s self-worth to such a dramatic degree that it’s impossible for people to be vulnerable or brave, which cuts short their potential.

#3 Shame’s Antidote is Vulnerability
Brown proposes that the best way to counter excessive shame is to accept vulnerability. Vulnerability forces you to experience good and bad emotions and, once you survive the storm, realize that you have a deep inner strength that can be far more powerful than any kind of shame. Vulnerability essentially takes the threat of shame and makes that threat irrelevant.

#4 Talk About Shame
By far, Brown describes that the best way to deal with your shame is to openly speak about it with others. Whether this means talking about direct experiences or just talking about your general emotional shame in the abstract, it will have the same effect of sapping the shame of its destructive power. You’ll realize that the world has not ended and be able to forgive yourself

#5 Being Vulnerable Inspires Others to Do the Same
When you open your self and allow yourself to become vulnerable, others will see you stand up to shame and they will be inspired to be similarly authentic and vulnerable. They may not do it immediately but most will start to fight back against shame when they see concrete proof that the emotion is not as harmful or dangerous as they initially thought.

#6 Courage Comes with Practice
Brown makes it clear that acting courageously and being vulnerable enough to counter shame does not happen immediately for many. It may take you several attempts for many months of effort to become comfortable enough with your own vulnerability to do it regularly.

#7 Boundaries Matter
While being vulnerable is critical for minimizing the harm that shame can inflict, Brown also makes it clear that boundaries for yourself and others are still very important. Honor your own boundaries within reason and also don’t push past the boundaries of others, especially if you are helping them to work past their own shame.

#8 Vulnerability and Strength are the Same
One of the first things you will learn when you start to open yourself up is that it takes tremendous strength to be vulnerable and experience good and bad emotions to such a degree. Keeping your pride bottled up and allowing shame to keep making you feel poorly for past actions is not strength at all. Vulnerability is, paradoxically, equivalent to endurance in many ways.

#9 Vulnerability is Not Bad
Most of us live in cultures that downplay the value and bravery of vulnerability. Most of us have an internalized sense of shame whenever we think about being vulnerable, especially men. But the truth is that vulnerability is neither good nor bad; it’s just a part of all of us and something you can consciously do to stop shame from ruining your life.

#11 Vulnerability is Important if You Have Kids
Anyone with kids already knows that children often inherit the qualities of their parents. Therefore, any parents that want to pass on true strengths to their children will practice bravery and vulnerability so that their kids understand how to stop shame in its tracks.

#12 Actions Matter
Brown also points out that words are cheap and that merely saying that you are vulnerable or brave is not the same thing is actually being either of those qualities. You need to walk the walk as much as you talk the talk. This is particularly important if you are trying to be vulnerable for your followers in a leadership position. They’ll only know you as actually brave if they can see you taking brave actions.

#13 Bring Vulnerability to Your Followers
In tandem with the above point, being a leader is often about facilitating safe vulnerable spaces for your followers. Many people have trouble incorporating bravery and vulnerability into their lives. One of the best things you can do in a leadership position is to allow people to be vulnerable at a comfortable and slow pace that works well for their emotional state. Don’t let your followers bully or shame each other, either.

#14 Be Intentional About Feedback
Brown believes that most leaders in today’s organizations are focused more on metrics rather than personalized feedback. Good leaders will instead be honest about their feedback and allow themselves to be vulnerable with their employees to facilitate a more effective working environment and better coach their employees.

#15 Don’t Beat Around the Bush
All in all, be honest and forthcoming in all your dealings, even if it forces you to be vulnerable with your conversational partner. Being straightforward and honest with yourself and your followers will result in a better self-image, less shame when you look back on your actions, and an inspirational character that others may emulate. 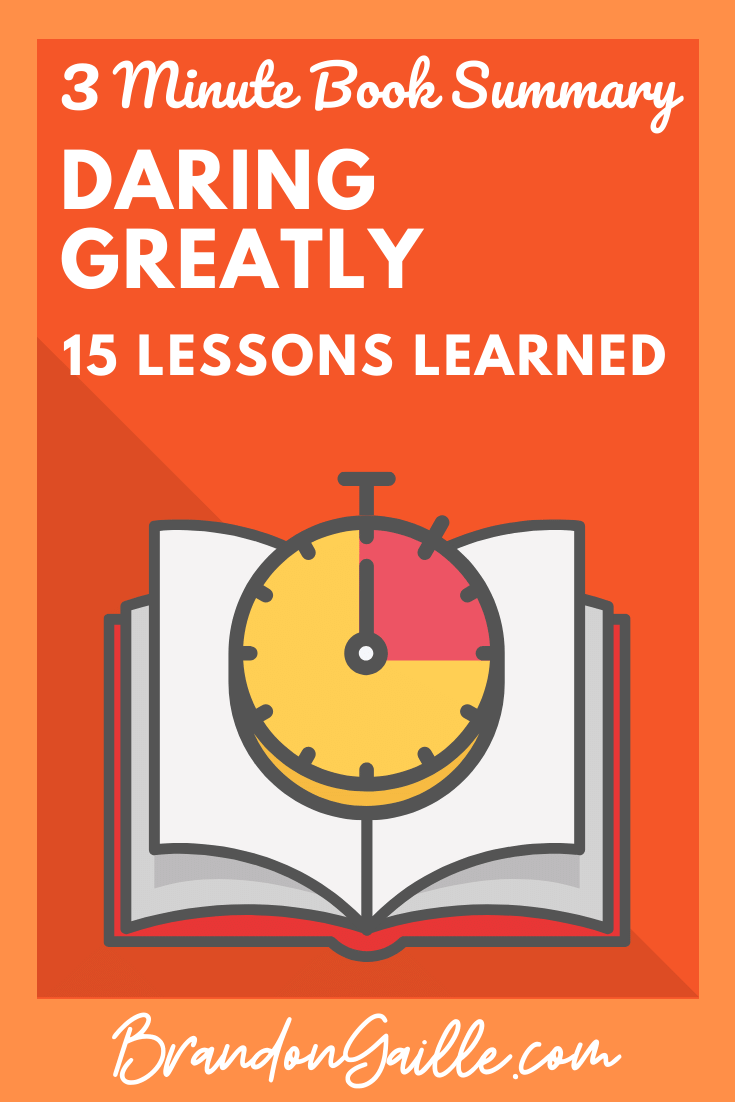