Creativity, Inc.: Overcoming the Unseen Forces that Stand in the Way of True Inspiration is a 2014 book by Amy Wallace and Edwin Catmull. It’s about how to foster and manage your creativity both in yourself and your team.

#1 Teams Matter More Than Ideas
This book studies the life of Edwin Catmull, who headed Pixar for several years. But most of the time, Catmull was surrounded by teams with just as much creative energy and drive as their leader. One of the main points of this book is that epic teams are much better than singularly creative ideas. Even talented people can make an otherwise general idea more creative.

#2 Creative Workspaces Matter
Another key insight from this book is that the space in which you attempt to be creative matters a great deal. Our brains are naturally plastic to some extent and will take inspiration from their environments. Having a creative place for your imagination to bloom to its greatest extent is important for any creative professional.

#3 Allow Individual Creative Spaces
Similar to the above idea, leaders of creative organizations or companies should let their employees or workers have their own creative control over their workspace. Don’t force all of your followers to work in gray cubes that all look the same. Instead, give control over the creative workspace to your employees and they’ll work better and your workspace will look more interesting at the same time.

#4 Share Blame
When it comes to creative endeavors, blame rarely falls upon a single individual. Pixar, when led by Catmull, had a policy of understanding that mistakes are inevitable and were always made by teams instead of individuals. This prevents people from feeling like they individually screwed up too much on a project and helps to cushion the feelings of workers and leaders.

#5 Humility is Necessary for Growth
This takeaway especially matters to creative leaders. As you seek out the right team for your project, you need to be prepared for your employees or workers to be more skilled or creative than you. Don’t always imagine that you need to have the best ideas more be the most creative person at the office. Instead, get used to the concept of your followers being stars of the show.

#6 The Right People are Critical
Similarly, when building a team of creative professionals, don’t be afraid to move on from a potential candidate or employee if they aren’t working out. A creative endeavor will only ever reach its maximum potential with the right people are working on the job. Sometimes this necessitates shaking up the roster so long as the reasons are sound.

#7 Don’t Be Afraid of Failure
Catmull reflects several times over the course of the book that his years at Pixar had just as many failures as they did successes. Failure is not something to run away from, especially in the creative arts. Instead of being afraid of failure and looking at it as something to avoid, learn from each of your failures and work well to avoid repeating mistakes.

#8 Keep Communicating
Many less creative companies don’t have open-door policies between followers and leaders, which can lead to miscommunication and a sense that feelings are not being respected. Having an open-door policy is critical to facilitate excellent follower feedback and help leaders realize where they need to focus their efforts.

#9 Exchange of Ideas is Crucial
Since most creative efforts are at least somewhat a team endeavor, you should always work to ensure that the flow of ideas is unrestricted and never-ending. Don’t let people dominate the conversation and, at the same time, don’t let people feel that their ideas are not worth sharing. The right creative input or direction can come from anywhere and anyone.

#10 Don’t Discount New Ideas
This is simple, but many leaders failed to remember that new and great ideas can come from unexpected sources rather than the regular star employees. Don’t discount the opinions of newer workers or people that don’t usually speak up. They may have insight or ideas that are better than the stuff offered by regular producers.

#11 Creative Leadership is About Serving
Catmull contests that the job of a manager is about supporting others rather than seeking the spotlight for yourself. You should try to harness the creativity of your team and remove problems in the way of their goals.

#12 Solve Problems Creatively
It’s no secret that any creative organization or product will face problems throughout its creation. But you should always attempt to solve those problems as creatively as possible. Go against the grain and look at issues in a new light whenever you can.

#13 Protect New Ideas
We as humans have a tendency to dislike new ideas out of habit. They aren’t familiar and they aren’t necessarily welcome even in the creative arts. As a leader, you should always try to protect new ideas and give them their fair trial in the marketplace of ideas. Don’t automatically think that new creative outlooks or directions aren’t worthwhile just because they haven’t been tried before or you aren’t used to them personally.

#14 Appreciate Your Talent
A good creative manager will also take the time and attention to positively appreciate his or her talented workers. The employees that make up most of the creative organization are the lifeblood of any artistic effort. A good leader will always try to appreciate their talent and make sure that each person in the group knows how vital their role is for the overall success of the operation.

#15 Not Every Day will be Great
Even in the midst of great creative production, there are going to be days where things don’t go as planned and where there are more difficulties than successes. It’s important to accept this as part of the process rather than be bogged down by negative thinking. Stay focused on the big picture and don’t let small bad days ruin the entire effort. 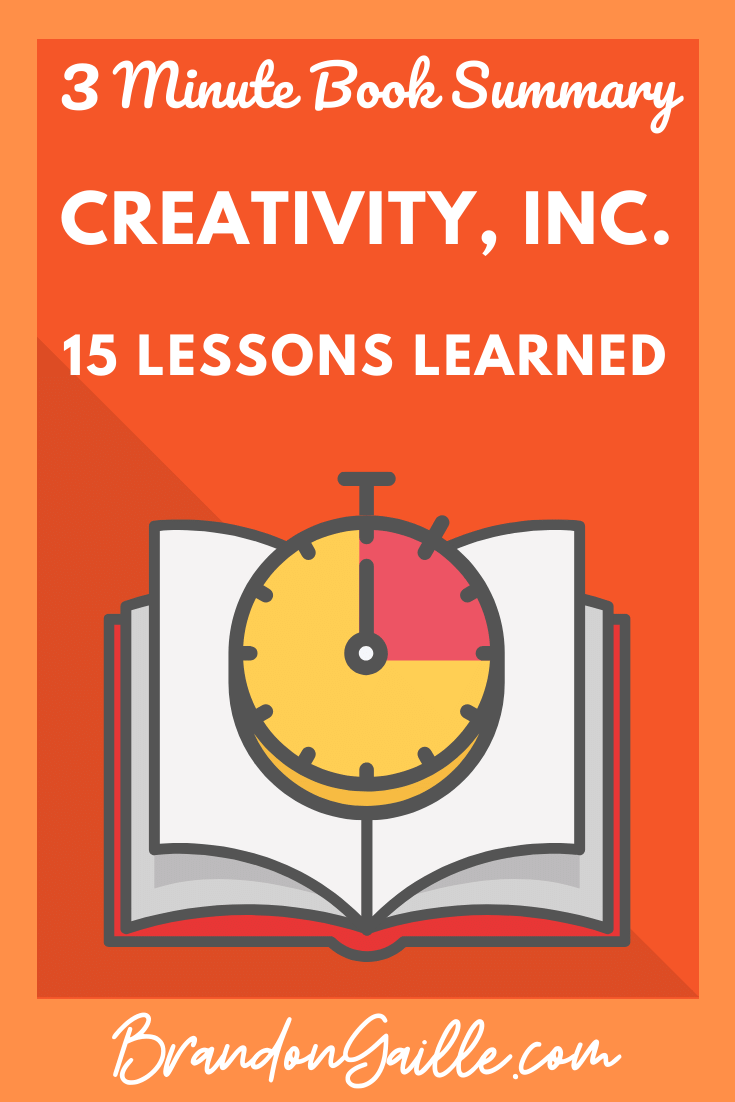