A few months ago, I listened to a podcast by Tim Ferriss that had a profound impact on the way that I solved problems for my blog and my business. The title of his podcast episode was 17 Questions that Changed my Life. Five minutes into the episode, the wheels began to turn in my head.

Without further ado, here are the six questions and what I learned by asking them.

#1 What would this look like if it were easy?

For two years now, people have been constantly telling me I should write a book on blogging. The crazy thing about this is that it has been on my yearly goal list for three years. I just keep pushing it off because of time constraints.

Part of the problem is my belief system. Every where I turn I find quotes like this one.

I decided to ask myself what would writing a book look like if it were easy. I pondered this question one day as I was watching the sunset on the lake. Then it hit me. I had already written the majority of my book through my blog.

That night, I created a spreadsheet of all the posts that could be broken down and cleaned up into nice little chapters. Within an hour, I had mapped out my entire book. I still have a few blanks that I need to fill in, and those are going right into my blog posting schedule.

If you have not written a book yet, then I highly recommend that you incorporate your book writing into your weekly blog posts.

#2 What do I spend a silly amount of money on? How can I scratch my own itch?

Tim Ferriss saw that he was spending $500 a month on supplements, and he decided to start a business that offered the same products. He figured if he was buying it, then others might also be doing the same. Tim turned that scratch into a multi million dollar business that was talked about extensively in his best selling book, The Four Hour Work Week.

I asked myself the same question and went to my bank statements to find the answer. One of the biggest expenses for my blog and business were marketing tools. The three that stood out were SEMRush, LeadPages, and ClickFunnels. While I had no intention of starting my own marketing tool company, all three of these companies had an affiliate program.

I was already a big fan of all of these tools. I had mentioned them in at least 20 articles that were getting significant Google traffic. I simply turned the mentions into affiliate links, and I started making money within the first week.

Today, I have a nice stream of revenue from these three companies, and SEMRush has gone out of their way to make me a very happy camper by giving me a complimentary membership.

Whenever you can add revenue and decrease costs, it is always a big win. The complimentary membership to SEMRush alone saves me $2400 a year.

About four months after I made my first blog post, my blog was receiving over 100,000 monthly visitors. That same month, I came up with a business idea, that I believed would fit perfectly with my blog. The idea was to create a subscription box service that would send out a personal development audio book to my subscribers once a month.

I loved the idea so much that ignored the best practice of testing before investing. I designed and bought 1000 boxes to package the audiobooks, and I ordered 500 audiobook cds to prepare for the onslaught of orders. After three months of marketing Motivation in a Box, I had a grand total of seven subscribers. At that point, I had sunk $7000 into the subscription box service. The biggest problem was not the money. It was the amount of time that was being lost. It had begun to consume every minute of my day, and I was putting little thought to my thriving blog. 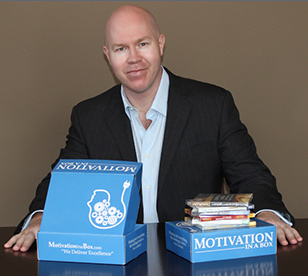 I asked myself, “do I need to make my money back through selling more subscription boxes, or am I better off earning it back another way.” The answer was clear. Motivation in a Box was never going to be profitable, and it was keeping me from making money through other avenues.

I cut the cord and retired the business at the 120 day mark. I dedicated myself to blogging, and you know the rest of the story.

One funny note about Motivation in the Box. I decided to leave the stack of 993 boxes in my office as a reminder to stay focused on blogging. This was a massive stack of boxes that had not been folded together. We are talking a five foot high by five foot width imposing square. The next Christmas I gave away 500 boxes to business owners in my area. Each box had one audiobook that was neatly packages in colored tissue paper. I dressed up as Santa, and my two assistants dressed up as elves. We gave out all five hundred in a matter of two days, and I exchanged business cards with each person I met.

A month later, one of the business owners that received a box asked me to take over their blog. The initial six month contract made me exactly $7000 in profit. Just like that, I had erased the money I lost on Motivation in a Box.

#4 What if I could only subtract to solve the problem?

In an age where we are constantly trying to add on new things to solve existing problems, this is a question you should always ask yourself before making any addition. Tim Ferriss applied this logic to a landing page on his website, and it led to some incredible results.

This made me think about a similar problem I was having on a landing page. On my personal blog, I have a dedicated page for my podcast. It had buttons to subscribe on iTunes and Google play, a podcast player, and all of my show notes pages. My problem was that hardly anyone was clicking on the subscribe buttons, and this was the action that I wanted people to take.

Once visitors got to my podcast page, they continued to scroll down to look through the show notes pages. The show notes were drawing the clicks away from the landing page and keeping people from hitting the subscribe buttons. 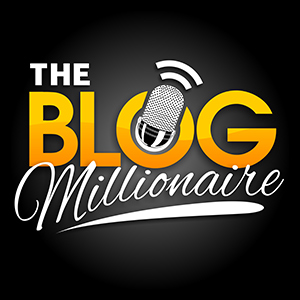 The amount of daily subscribers is a big component of the iTunes ranking algorithm, and that is why I made this adjustment. If you have not already subscribed, then please help support the my show by subscribing right now.

#5 Am I hunting antelope or field mice?

Newt Gingrich was the one that originally came up with this question. A lion is more than capable of killing and eating field mice. The problem with this is the caloric energy required to catch a field mouse is more than the caloric content gained from eating the field mouse. If the lion would eat field mice all day, then it would eventually die of starvation. A lion needs to hunt big animals like antelopes to survive. It takes more time and energy to take down an antelope, but it offers a feast for the entire pride.

You have to ask yourself, am I hunting antelope or starving slowly off of a diet of field mice. Three years ago, I asked myself this question in regards to my marketing services business.

I charged clients from $750 a month all the way up to $10,000 a month. I had been feeling that my lower level clients were plastering me with emails and phone calls. This led me to keep a 60 day log of every minute I spent with each client. The log revealed that the $750 a month clients were taking up 80% of my time. Those same clients only accounted for 20% of revenue. It was Pareto’s Principle right down to the exact percentage.

I decided to raise my minimum monthly rate to $1500 and phase out all of the $750 a month clients. Over the next year, I was able to double my client services revenue while reducing the amount of time I spent on clients by 53%.

#6 What if I did the opposite?

While I was perfecting the first run at my blogging system, I found that the vast majority of bloggers wrote about the same topics over and over again. Each industry that I reviewed had around 100 common core topics.

My industry was no different. Every blog I came across had the same topics like…

I asked myself what if did the opposite of what everyone else was doing. That led me to look for blogs that defied the basic logic of success. After days of breaking down all kinds of analytics, I was able to find a group of outliers that fit this mold.

After digging into the Google rankings of these 1000 low domain authority websites, I was able to identify a clear trend. Almost all of these sites focused on creating content on topics that had little competition on Google. Specifically, they ranked for keyword phrases that had less than 100,000 results in a Google search.

While all the sharks were fighting over the popular topics, these sites were making a living off the leftovers that fell to the bottom of the ocean floor. I thought this approach was fascinating on two levels. The first is that it allowed new domain names to get top five Google rankings within a matter of 90 days. Secondly, the residual traffic from the rankings would stay forever because no one else would be vying to outrank them.

This went for every niche no matter how competitive it was. For example, the majority of successful food bloggers get 90% of their traffic from recipe posts. The food bloggers that are struggling to get traffic are constantly creating posts on the same old core recipes.

Instead of competing against 120 million posts on Google with another chicken recipe post, try to find recipes where there is a strong demand and a small supply. This requires you to master the art of digging deep with keyword research.

The phrase “stuffed flounder recipe” has only 162,000 results in Google. A top ranking for this term will get you between 5000 to 10000 monthly visitors. Now imagine every recipe post that you made only targeted these low competition phrases.

Keyword research is the one area that 99% of bloggers either ignore or get wrong. This is why I spend two hours of my course breaking down my entire keyword research system, which has screencasts of me walking my students through every single step. If you get keyword research right and everything else wrong, then you can still have a very successful blog.