In the 2016 election cycle, many politicians have talked about the need for equality. Each politician has their own unique take on the us vs. them argument. For Donald Trump, it’s Muslims vs. the rest of the nation. For Bernie Sanders, it’s the richest 1.5% vs. the rest of the nation. Yet in the US Congress, the demographics paint an interesting picture that is often not talked about.

Because each election cycle has the potential to change the demographics of the US Congress, one cannot accurately say what each Congressional cycle will look like. What might be most shocking about the above demographic fact is that the 114th US Congress is considered to be the most diverse in history.

The US Congress is composed of 541 individuals from the 50 states, the District of Columbia, Guam, the U.S. Virgin Islands, American Samoa, the Northern Mariana Islands, and Puerto Rico. This count assumes that no seat is temporarily vacant and many of these US Congress demographics are provided by the Congressional Research Service.

Party Affiliation in the 114th Congress

Republicans were able to sweep into their largest majority in more than two generations with the 114th Congress. This may skew this US Congress slightly more than the overall historical demographics may indicate, yet the trend toward a little more diversity is happening. What is unique about this specific cycle is that 53 Senators have previously served in the US House and 100 members worked in the field of education at some point in their lives. There are 18 physicians serving in the US Congress, 3 dentists, and even 3 veterinarians. This means you can also serve in the US Congress is that is something to which you aspire.

Breaking Down the House and the Senate

The US Congress might be overwhelmingly white and overwhelmingly Christian, but progress is being made slowly, but surely toward a more diverse environment. In 1981, for example, just 6% of the US Congress belonged to a minority racial or ethnic population. When the 107tth Congress took office, minorities accounted for 12% of the Congressional population. The largest growth has been seen in the Hispanic population over this time period, thanks in part to the higher levels of immigration in this population base. Despite the improvements, however, there is still much work to be done when it comes to Congressional diversity.

The US Population and Their Representative in Congress

There is something to be said about having someone from the same ethnic background being your representative in the US Congress. People who grew up in similar conditions have a better awareness of what your needs happen to be. If you are a poor African-American/Black family barely scraping by, then how is someone who is White/Caucasian from a family with inherited wealth going to understand what your needs happen to be? Just because someone comes down to your neighborhood and shakes your hand doesn’t mean they know who you are. Minorities need to be more than just a photo-op. The US saw progress in the last election cycle – will that progress continue?

Lifestyle as a US Congress Demographic

The bottom line is this: anyone can become a politician and serve in the US Congress if that’s what they wish to do. Social workers, Peace Corps volunteers, and even a microbiologist are all part of this group of government officials. There are people who are incredibly rich and there are people who come from very poor backgrounds. There’s even a screenwriter who is serving in the US House right now. In order for the US Congress to become more diverse, it needs people like you who are willing to run and serve your district. Sometimes the best way to create change is to be the one to initiate it. 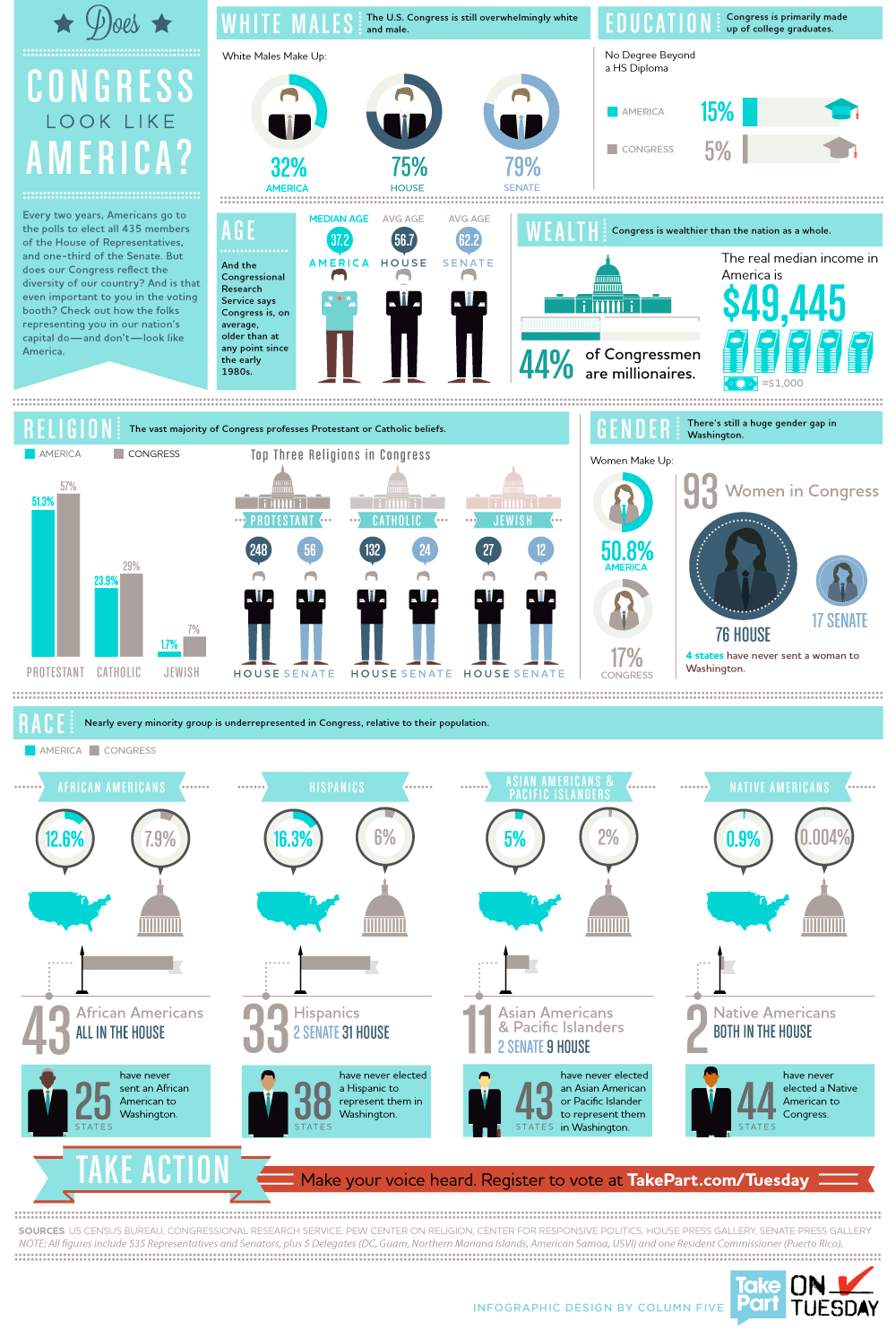