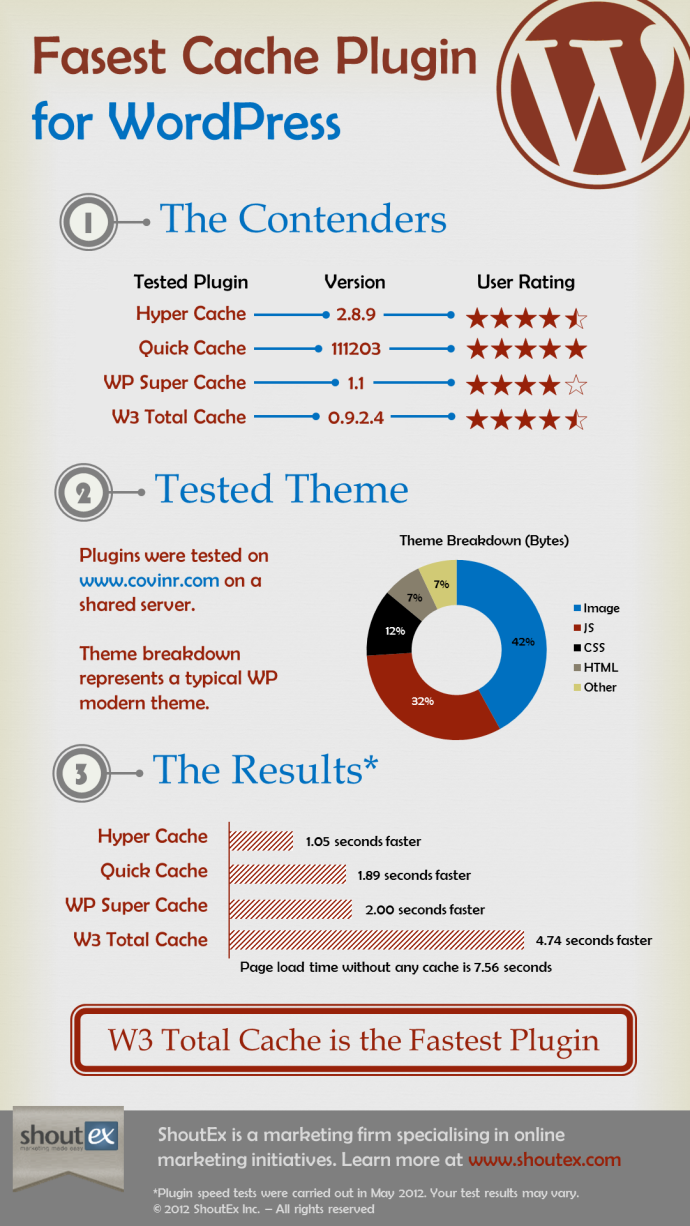 Most people have had some sort of blog at one point in their lives, whether it is personal or professional in nature. One of the most popular blog hosting websites is WordPress. In order to keeps your WordPress blog site loading smoothly and ensuring traffic generation, WordPress offers many, many different cache plugins to choose from.

How do Cache Plugins Help?

Each of the WordPress cache plugins were tried out on www.covinr.com on a shared server to test their loading speed capabilities. The theme that was tested was the modern theme.

The breakdown of the modern theme in which the cache plugins were tested were comprised of 42% image, 32% JS, 12% CSS, 7% HTML and 7% were other types of bytes.

The Plugin with the Quickest Load Time

In the end though it comes down to personal preference of which WordPress cache plugin is right for your page.

However, the results from this lay the foundation for a good argument to be made in favor of the W3 Total Cache plugin. But, user ratings also rate the other contenders pretty closely, so it turned out to be a pretty fair fight after all between the different WordPress cache plugins.

Determine what specific “needs” your page has and weigh each of those “needs” against all the different aspects of each of the WordPress cache plugins to figure out which plugin your page would benefit the most from.