An estimated 1.53 billion gallons of ice cream and related desserts are produced each year in the United States generating an average of $10 billion annual revenue. Two thirds of that industry is represented by those that take home ice cream with the remaining segments going to local and nationalized ice cream shops. Majority of the top manufacturers in the United States are family owned businesses that have been in the industry for the better part of 5 decades. The average American consumes almost 22 pounds of ice cream per year.

A listing of the top ten ice cream brands and factories in the United States are gathered below.

How Ice Cream is Made

The following video is a documentary of how ice cream is made.

More than $2.2 billion is spent each year by 62% of American households on novelties. The top ten brands and total sales for their brands are listed below.

The following infographic outlines the top ten cities and states in the United States for ice cream consumption. 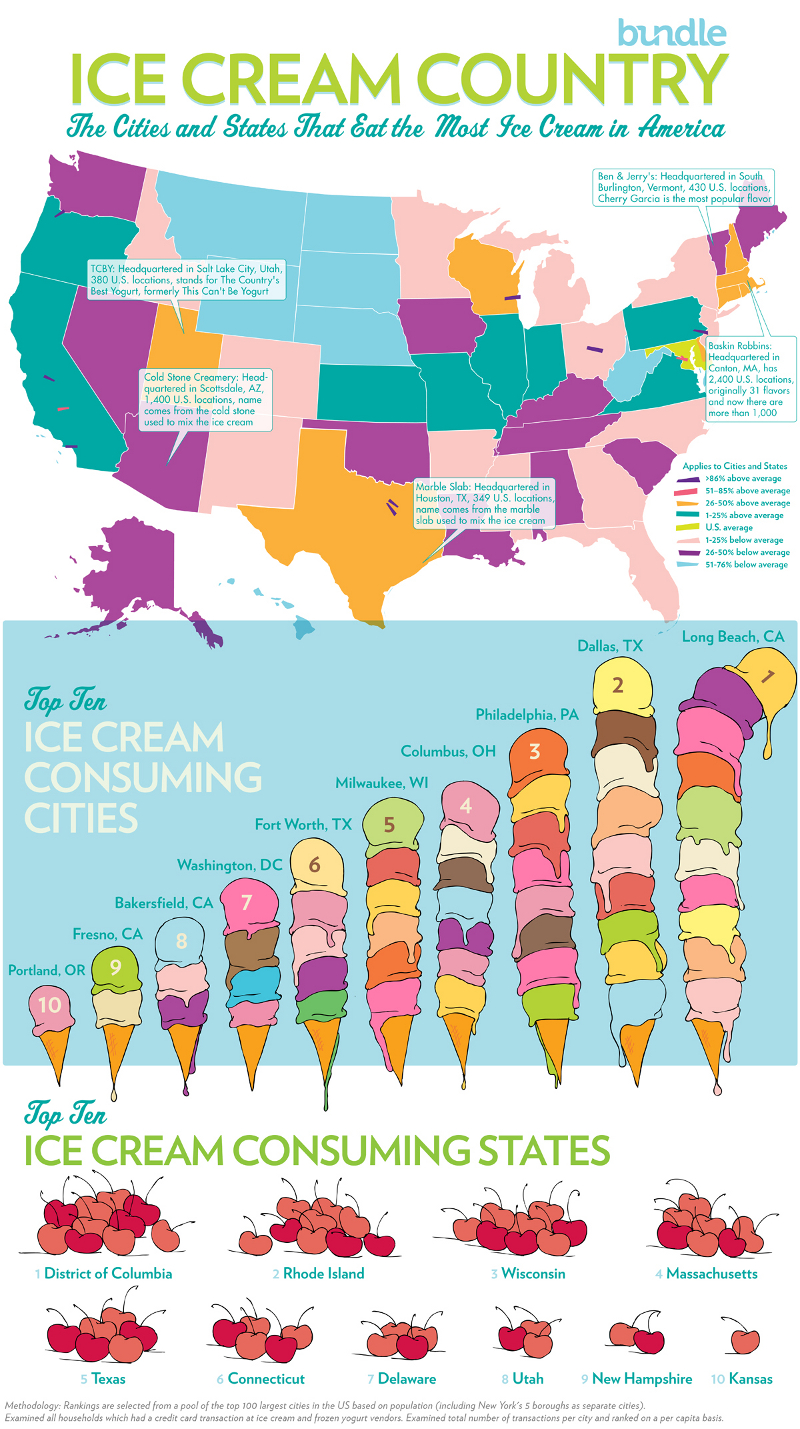