A New Breed of Speed.
A Next Generation Thrill Ride Blurring the Lines Between Fiction and Reality.
A True Giant Among Coasters.
Ain’t it Great?
Are You Ready?
Discover the Magic.
Do You Have What it Takes to Tame the Bull?
Face Gravity, Face First.
Face your Fears.
Fast and Full of Venom.
Get to the Point!
Go Big.
Higher, Faster and Smoother Than Ever.
Inspired by the Strength and Bravery of a Bull Taming Matador.
It’s a World of Adventures.
Its My Kind of Fun.
King of Mountains.
Love Every Moment.
Make Time For Happy.
More Fun Than a Hullabaloo.
New England’s Family Theme Park.
One Park. One Price.
Ride On.
Ride Warriors.
Roller Coaster Capital of the World.
Selected as the Best Water Ride in the Nation Again and Again.
Take a Walk in the Park
The #1 Wooden Roller Coaster on the Planet.
The Amazement Park.
The Curse if Real.
The Family That Screams Together.
The Fun and Only.
The Future is Riding on It.
The Nation’s Thrill Capital.
The Ride May be Over in 17 seconds, But it’ll Stay with you Forever.
The Tallest Coast in the World, Fastest in North America.
The Vacation Kingdom of the World.
The Year Of More Magic.
Thrills Connect.
Total Family Entertainment.
Two Great Parks for the Price of One.
Where Dreams are Made.
Where Everyday is a Great Adventure.
Where The Magic Never Ends.
Wild Animals. Wilder Rides.
Winged Record Breaker.
Worlds of Fun to Ride On and Slide On All Day Long. 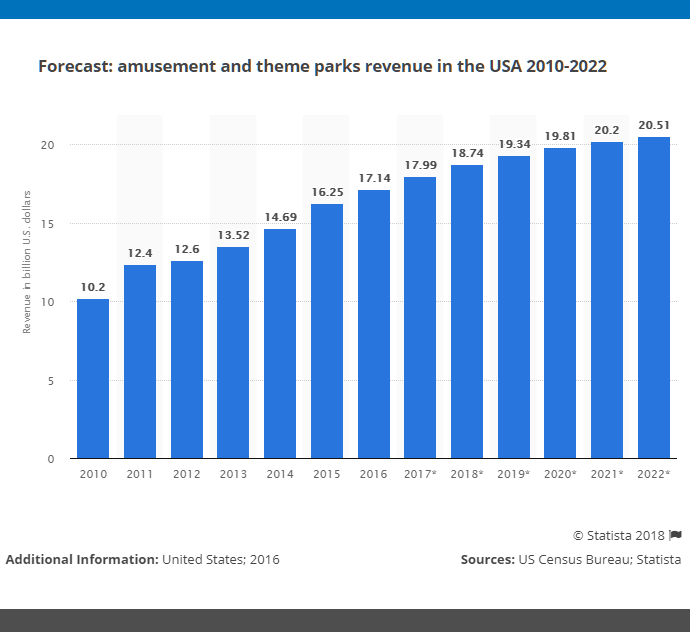 Owning and operating an amusement park is no easy feat. The owner of Trimper’s Rides and Amusements in Ocean City, Maryland discusses how their business has to change to still remain relevant more than five generations later. Trimper plans to continue to receive success from his business to pass on for the sixth generation. His secrets and strategies are shared here.