The Sri Lankan apparel industry got its start in the 1960s and has been listed among the fastest economic growth in South Asia in recent years. From its low labor costs and proximity to major importers of clothing and textiles, Sri Lanka has experienced a steady 6.3% growth between 2002 and 2013, with a Gross Domestic Product per capita reaching $3,256 USD in 2013.

According to the Export Development Board, apparel exports are the largest export income in the country, earning USD $4.9 billion in 2014 with a 9.26% year over year increase. Since 1992, the apparel industry has been the largest foreign exchange earner for the country.

#3. Apparel manufacturers dominate the Sri Lankan apparel industry. They account for about 90% of the textile and apparel sector, producing several top brands of clothing. (Board of Investment)

#4. In 2011, the Sri Lankan apparel industry employed more than 2830,000 people and indirectly supported the jobs of tens of thousands of others as well. (Board of Investment)

#5. In 2016, the apparel exports had a value of $4.8 billion. (International Trade Administration)

#6. Up to 600,000 jobs are indirectly supported by the Sri Lankan apparel industry, many of which are jobs that are held by women. (Textile Today)

#7. The Sri Lankan apparel industry currently holds a global market share of 1.2%, which has it outside of the top 10 global producers. The industry has the goal to position themselves with the top 10 by the year 2020. (Textile Today)

#8. There are four major export markets for the Sri Lankan apparel industry currently. The U.S. holds the top space, accounting for $2.1 billion in total exports. The United Kingdom brings in $826 million in apparel exports, even when EU tariffs in place. Italy and Belgium follow respectively, with $349 million and $204 million in exports respectively. (Textile Today)

#9. Sri Lanka actually imports more textiles than it produces locally. The Sri Lankan apparel industry’s production of textiles is just $850 million, compared to the $2.2 billion in exports that it brought in during FY 2014. 35% of textile exports come from China, while 28.5% come from India. (Textile Today)

#10. There are more than 1,000 garment factories located in Sri Lanka, accounting for about 5% of the total employment opportunities that are available each year. (Textile Today) 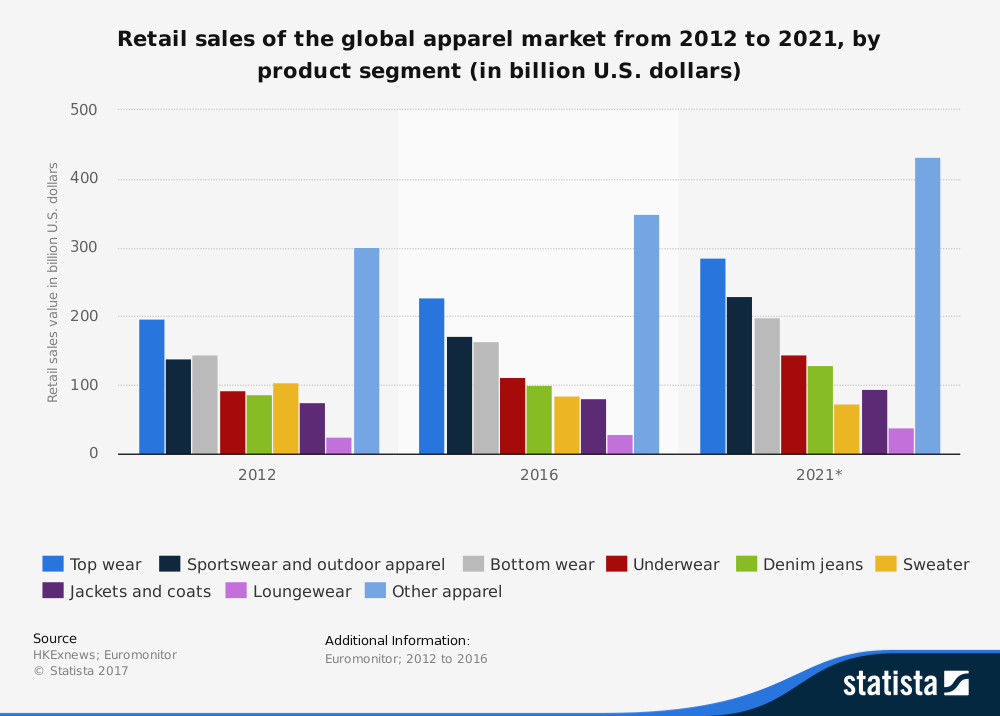 #11. Garments account for 805 of the total exports to the UK from Sri Lanka. The UK receives nearly 10% of the country’s total exports and one-third of the exports that are sent to the European Union. This is a decline of two percentage points since 2000. (Lakshman Kadirgamar Institute)

#13. A 10% increase in Chinese apparel prices could result in up to a 25% rise in apparel exports to the United States from countries like Sri Lanka. (World Bank)

#14. The government will permit the Sri Lankan apparel industry to invest up to 5% of their average export turnover into foreign entities that are apparel-related. (Lakshman Kadirgamar Institute)

#15. The industry will create 15 export villages on a PPP (Public Private Partnership) basis with a focus on the apparel sector. (Lakshman Kadirgamar Institute)

#16. Changes to textile imports were implemented by the government in 2017 to reduce costs. When fully implemented, including finishing, sizing, and dyeing textiles, up to $2 billion in savings could be translated over to the apparel industry. (Lakshman Kadirgamar Institute)

#17. The government invested 1.3 billion LKR into research and development for the Sri Lankan apparel industry in 2017. This is on the heels of an 826 million LKR investment in 2016. (Lakshman Kadirgamar Institute)

#18. The Sri Lankan apparel industry utilizes up to 15% of the available work labor that is available within the country on any given day. About 85% of the workforce available to the industry is comprised of women. (MAS Fabric Park)

#19. 65% of the active factories within the Sri Lankan apparel industry are located close to the Colombo Port or Airport. The other factories tend to be located in rural areas. 71% are found in the Western Province, accounting for 65% of the total workforce for the region. (The Island)

#20. Tax holidays that are offered by the Board of Investment can be valid for up to 20 years. After the expiration of the tax holiday, a concessionary tax of 15% then applies to member firms. (The Island) 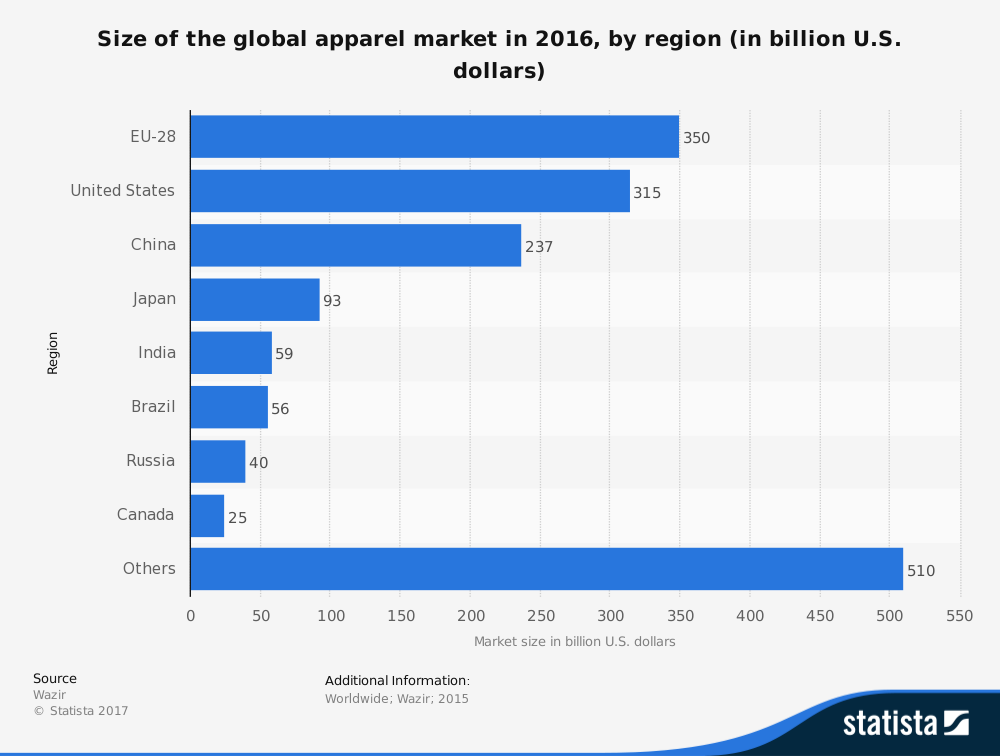 #21. Many of the major brands, including Abercrombie and Fitch, Liz Claiborne, and Ralph Lauren, have only been involved with the Sri Lankan apparel industry for 10 years or less. (The Island)

What has held the Sri Lankan apparel industry back in recent years was a loss of GSP Plus status within the European Union. This status was revoked in 2010. That means all textiles, apparel, and garments exported to the EU from Sri Lanka receive full tariff rates. With the status, about 20% of exports from the industry to Europe enter the market with a zero tariff. About 70% of exports receive preferential rates.

The GSP Plus program was reinstituted by the European Union in 2017, which may place the industry on the road to recovery. Without the status, steady declines have occurred in the industry overall. In February 2017, for example, exports were down 2.7% from the year before, valued at just $868 million.

As the industry continues to grow, relationships are going to be the key to unlock a maximum level of success. Relationships with new customers will diversify the export market, which is necessary because of the dependence on U.S. imports. This emphasis will also establish long-term relationships with globally-established brands that can increase the influence of the industry as a whole.