Pecans have always been a popular nut. It is the only major tree nut that is produced naturally in North America. That makes the pecan industry one of the most valuable of its type from an American perspective. Tree plantings in the U.S. began in the 1770s, with the first known pecan planting occurred in Long Island, NY in 1772.

As grafting techniques improved, and commercialization techniques were developed, the pecan industry began to grow. By the late 19th century, it would become a dominant industry for the U.S., with exports reaching the rest of the world.

There are currently two types of pecans that are produced in the U.S. market: seedlings and improved varieties.

#1. 80% of the pecans that are supplied to the global pecan industry originate from the United States. In most seasons, between 250 million and 300 million pounds of pecans are produced. That’s up to 140,000 metric tons. (U.S. Pecan Growers Council)

#2. The typical pecan tree requires between 7-10 years of growth before it will be able to supply a full harvest. Once the tree reaches maturity, however, it is possible for it to produce pecans for more than a century. (U.S. Pecan Growers Council) 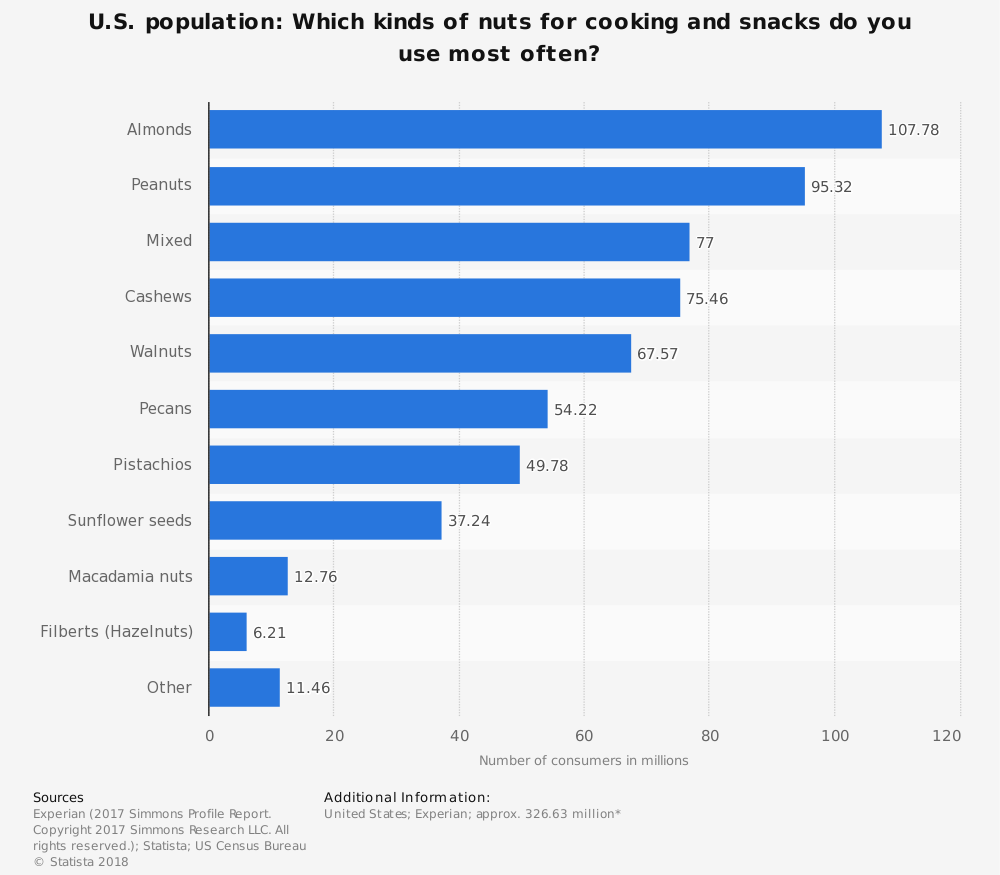 #3. There are 15 states currently active in the pecan industry right now. Georgia, New Mexico, and Texas are the three largest producers for the industry. (U.S. Pecan Growers Council)

#4. In 2014, the total value of the pecan harvest was $517 million, which reflected an increase of 12% from the year before. (Agricultural Marketing Resource Center)

#5. The average wholesale price for pecans in 2014 was $1.96 per pound, which reflected a 13% increase from the year before. (Agricultural Marketing Resource Center)

#6. About 20% of the pecans that are sold globally are in their shell. (Agricultural Marketing Resource Center)

#8. Pecan exports from the U.S. totaled $446.3 million in 2014. That was a 28% increase from the year before. Hong Kong receives about 25% of the overall exports from the industry. They are the primary destination for in-shell exports. (Agricultural Marketing Resource Center)

#10. Pecans are the third-most consumed nut for American consumers. Only almonds and English walnuts are consumed more often. The average American will consume about 0.3 pounds of pecans during the year. (Agricultural Marketing Resource Center) 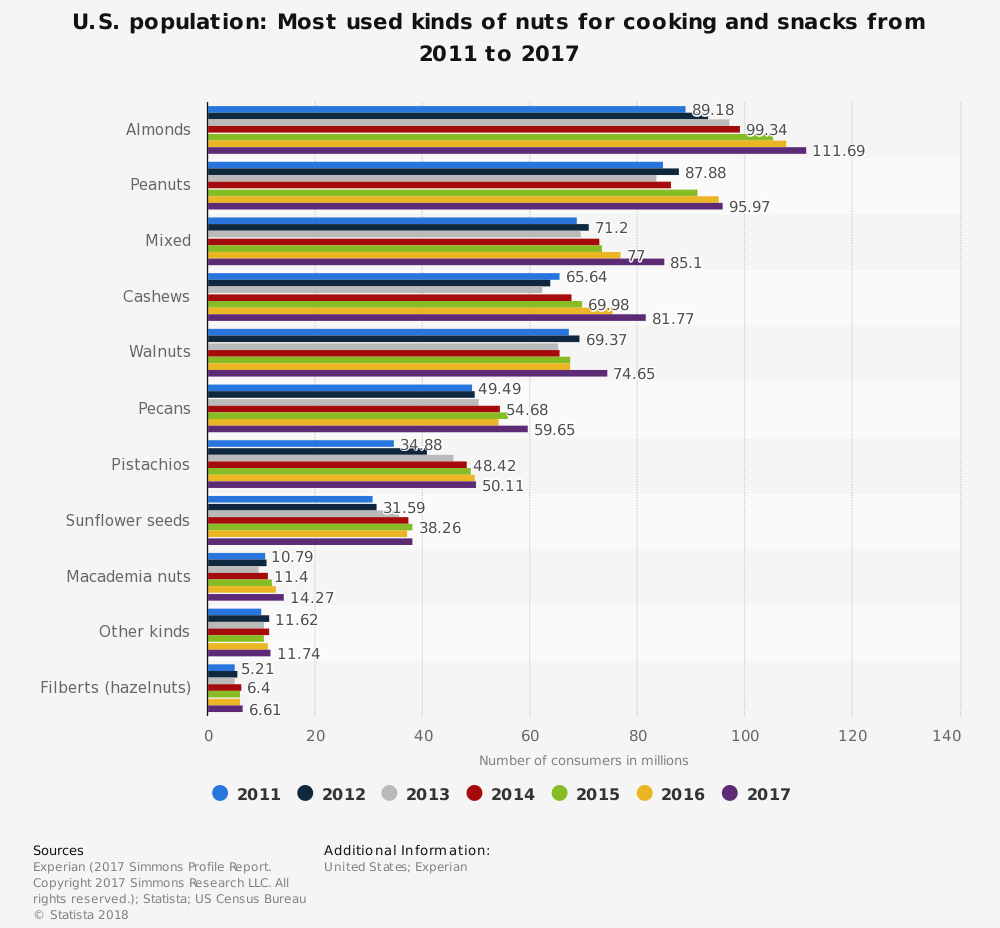 #12. The market for pecans is expected to be stable. Over the past 5 years, annualized growth has averaged 0.1% for growers. (IBIS World)

#13. Domestic crop production for pecans have increased by 12% from 2013 to 2014, helping to fill-in the supply gaps created by the 28% rise in exports. (Produce Business)

#15. Just one ounce of pecans provides about 10% of the recommended daily value for fiber. It is also a food product which does not contain cholesterol or sodium if an unsalted product is consumed. (U.S. Pecan Growers Council)

#16. Pecans have a higher antioxidant content than any other tree nut grown. They are also the only nut to rank in the Top 20 of foods that are rich in antioxidants. (U.S. Pecan Growers Council)

#17. The largest pecan shellers in the United States can process about 150,000 pounds of pecans daily. (National Pecan Shellers Association)

#18. The pecan capital of the United States is Albany, Georgia. The community has more than 600,000 pecan trees that produce nuts for the global supply. (National Pecan Shellers Association)

#19. There are more than 1,000 different varieties of pecans that are grown around the world today. Many of the varieties are named after the various tribes of North America. Of that number, however, just 20 varieties are cultivated by the pecan industry for commercial use. (Just Fun Facts)

#20. Outside of the United States and Mexico, Brazil, China, Australia, Peru, Israel, and South Africa contribute to the pecan industry as well. (Just Fun Facts)

The bulk of the pecan industry is located in the southern states of the U.S. because of the favorable weather conditions. That makes the pecan industry somewhat vulnerable to weather-related incidents. During above average hurricane seasons, local growers may face large financial impacts during the next 5-10 years.

The pecan industry is also growing, however, and that is an encouraging sign. More states are involved in pecan growth today than ever before.

Pecans are healthy. They are nutritious. It is also an industry that is continuing to evolve its best practices.

Now that stability has come to the pecan market and the U.S. has become an importer of in-shell pecans for shellers, the industry looks poised to continue a pattern of growth. Assuming the weather cooperates, look for record values and yields in the years to come.