Evidence of flax production can be found in the most ancient of human civilizations. Remnants of flax have been found in Stone Age dwellings in Egypt and Europe, with some sites dated as early as the 80th century BC.

There are two types of flax grown by the industry today. Fiber flax is grown for the fibers that the stem produces, while seed flax is produced for the oil that can be produced from the crop. In the United States, food-based flax is primarily produced in North Dakota. Records of flax farming in North Dakota date back to at least 1889.

#1. About 90% of the flax that is grown in the United States comes from North Dakota. Additional flax resources in North America are located in the prairie provinces of Canada. (North Dakota State University)

#2. Canada is the top producer of flax in the world today, accounting for about 40% of global production levels. (Manitoba Trade and Investment) 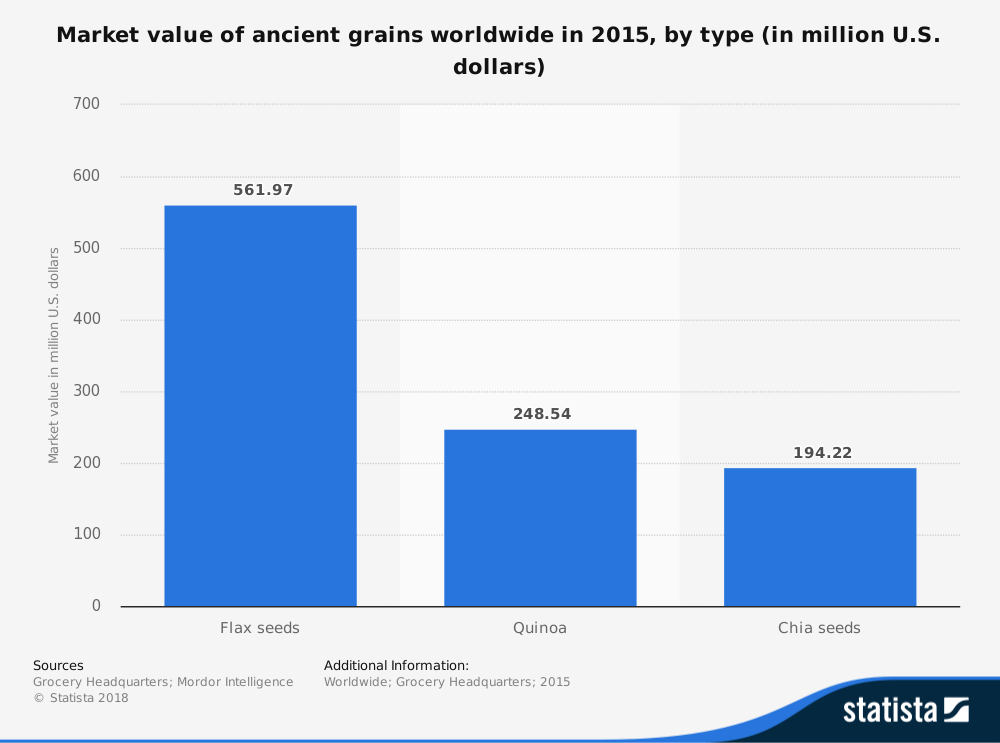 #3. The province of Manitoba produces about 30% of the total flax crop that Canada provides each year. In total, the average harvest of flax in Manitoba is up to 500,000 acres. (Manitoba Trade and Investment)

#6. In 2016, the total U.S. flax production levels reached about 8.7 million bushels. That placed the total value of the American flax crop at just over $70 million. (Agricultural Marketing Resource Center)

#8. When U.S. flax production is combined with flax produced in India and China, these three countries produce an equivalent amount of flax to what Canada is able to produce on its own in any given growing season. (Agricultural Marketing Resource Center)

#9. In North Dakota, over 335,000 acres of flax were planted in 2016. Production rates in the state for that growing season were about 24 bushels per acre, or about $192 in revenues per acre for growers. (Agricultural Marketing Resource Center) 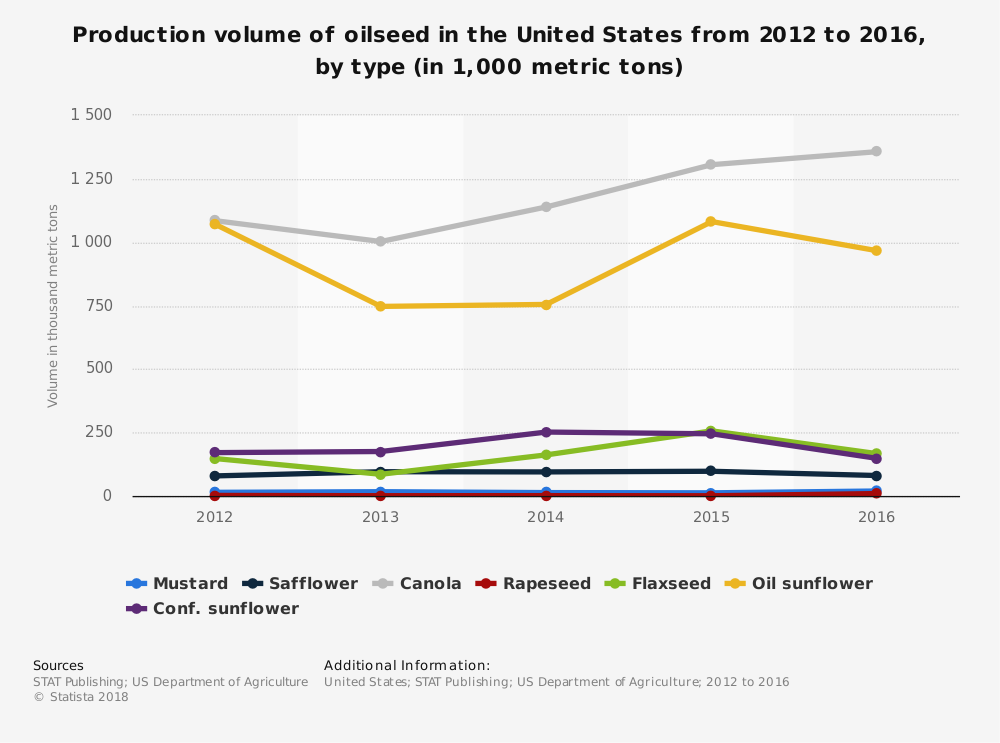 #11. The majority of flax exports from Canada are destined for Canada, which purchases 50% of the available crop in most growing seasons. The European Union receives about 23% of the annual flax crop, while the United States imports about 21% of the flax crop. (Statistics Canada)

#12. In 2017, estimates suggest that the Canadian flax crop came in 80,000 metric tons less than the 2016 crop, despite an 11% increase in seed areas. Because of drier-than-normal conditions, just 19.6 bushels per acre were produced, which would be the lowest yield for the flax industry since 2010. (Flax Council of Canada)

#13. The U.S. flax crop in 2017 is estimated to be 24% lower than 2016 in seeded areas, with drought present in key production areas. The total yield is estimated at 120,000 tons, which would be 47% smaller than the yield from the previous year. (Flax Council of Canada)

#17. Strong GMO laws in Europe have reduced the number of exports that Canadian growers have been able to create because of trace levels of CDC Triffid, which is an unapproved type of genetically-modified flax. (Manitoba Trade and Investment)

#18. About half of the linseed oil which is exported is destined for Latin America, Asia, and Africa. At the same time, demand for flax seed in North America has tripled in the last decade as the product is being used in more baked goods. (Manitoba Trade and Investment)

#19. Most of the flax which is consumed in North America is used for feed, while in India and China, the majority of flax is consumed as food. (Manitoba Trade and Investment)

#20. Both Kazakhstan and Ukraine are expected to exceed U.S. production levels of flax, with a combined 510,000 tons delivered in 2012 to the global flax industry. (Manitoba Trade and Investment)

#21. Domestic use of flax in Canada represents just a little less than 40% of the total supply that is grown. For the 2017/2018 growing season, the prices for flax seed are estimated to be as high as $475 per ton, which is about equal to the pricing from the previous season.

Agricultural space is limited, especially in the United States, as subsidies and other incentives for growers face an uncertain future. In the U.S., corn prices are remaining high as croplands are dedicated to corn for ethanol production, which further depressed the amount of acreage planted for flax.

The demand for fibrous flax is expected to remain level in the coming years. It is in the human consumption sector where the greatest potential for growth exists. Even then, however, the trend of having most of the world’s flax grown in Canada is expected to continue.

There are some promising trends which may see added strength given to the flax industry. Research from 2005 indicates that flaxseed can increase fertility levels and immunities in certain farm livestock. Milk from dairy cattle who are fed rations containing flax seed have higher levels of ALA.

Flax is a proven resource. Since ancient times, human civilizations have found a plethora of uses for this unique crop. That will not be changing any time in the near future.