The first productive oil well in Libya was struck in 1959 at Nasser, though it was known as Amal and Zelten at the time. In just 2 years, the Libyan oil industry was able to make its first exports. The history of drilling in the country, however, dates to 1915, when deep water wells were being attempted.

In 1935, water well drillers were encouraged to watch for petroleum as they looked for water resources. The first oil in Libya was discovered a couple of years later near Tripoli. This prompted a survey of the region, which promptly found zero oil reserves. In the 1940s, all exploration efforts were halted because of the war.

Exploration efforts began once again in 1951 when Libya became an independent nation. Prospecting rights were granted in 1953. A successful well was drilled in 1955 near the border of Algeria.

#1. The economy of Libya is heavily dependent on its oil industry. More than 95% of export earnings for the country are generated through petroleum exports. (Organization of the Petroleum Exporting Countries)

#2. The oil and gas sector of Libya accounts for about 60% of the country’s GDP each year. The total value of petroleum exports from the industry average about $9.3 billion annually. (Organization of the Petroleum Exporting Countries) 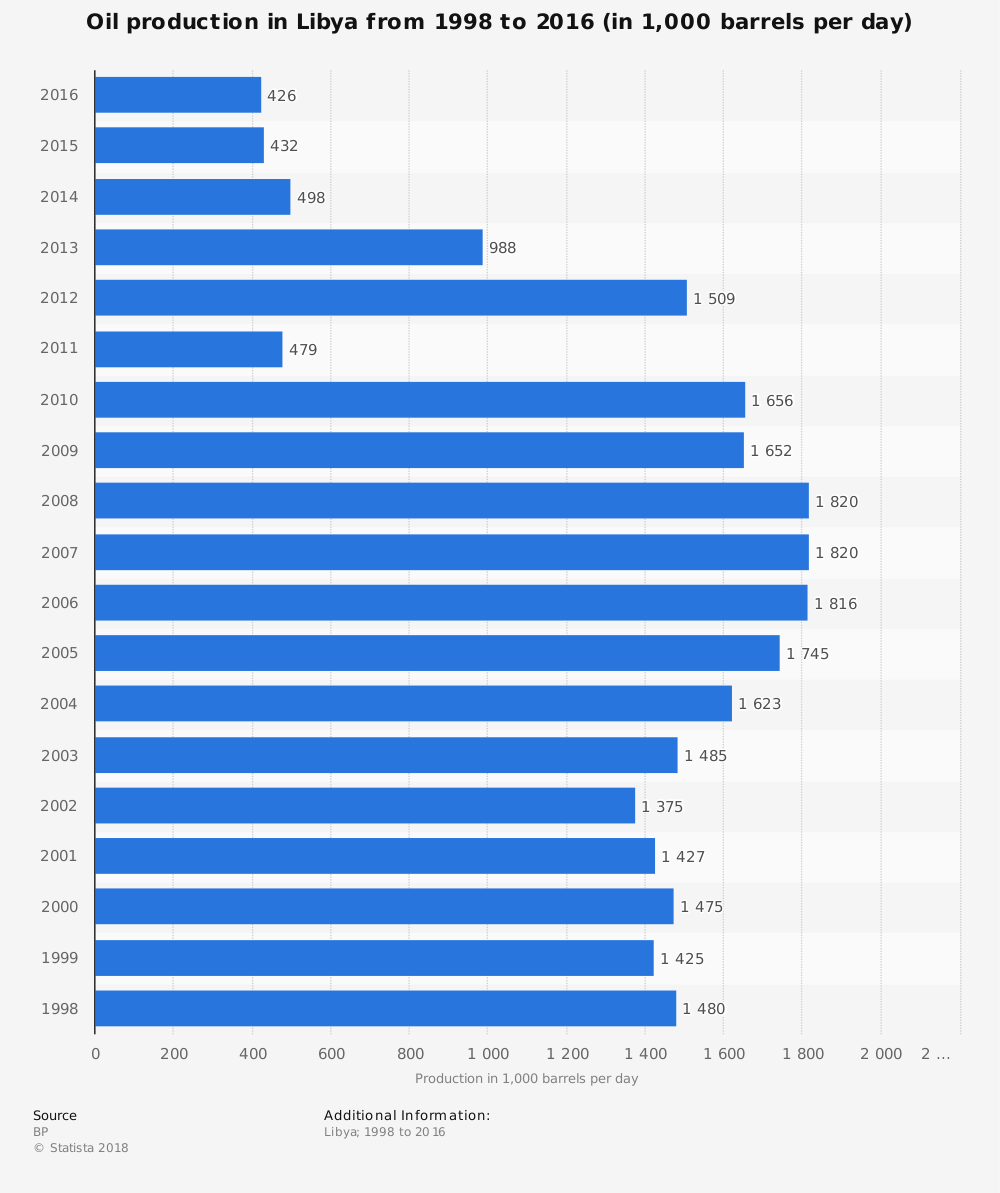 #3. Proven crude oil reserves available to the Libyan oil industry total 48.3 billion barrels. The refinery capacity of the industry, however, is only 380,000 barrels per day. (Organization of the Petroleum Exporting Countries)

#4. Libya currently exports about 254,000 barrels of crude oil per day. It also has a domestic demand of 207,000 barrels per day, which combined exceed the refinery capacity of the industry. (Organization of the Petroleum Exporting Countries)

#6. The Sirte Basin holds about 80% of the Libyan oil industry’s reserves. It is also responsible for a majority of the output which occurs. (The Telegraph)

#7. Before the civil war in the country, the Libyan oil industry was able to produce 1.65 million barrels per day. (EIA)

#8. 84% of the oil exports which originate from Libya are destined for Europe. Just 2% of oil exports from the industry make their way to either North America or South America. (EIA) 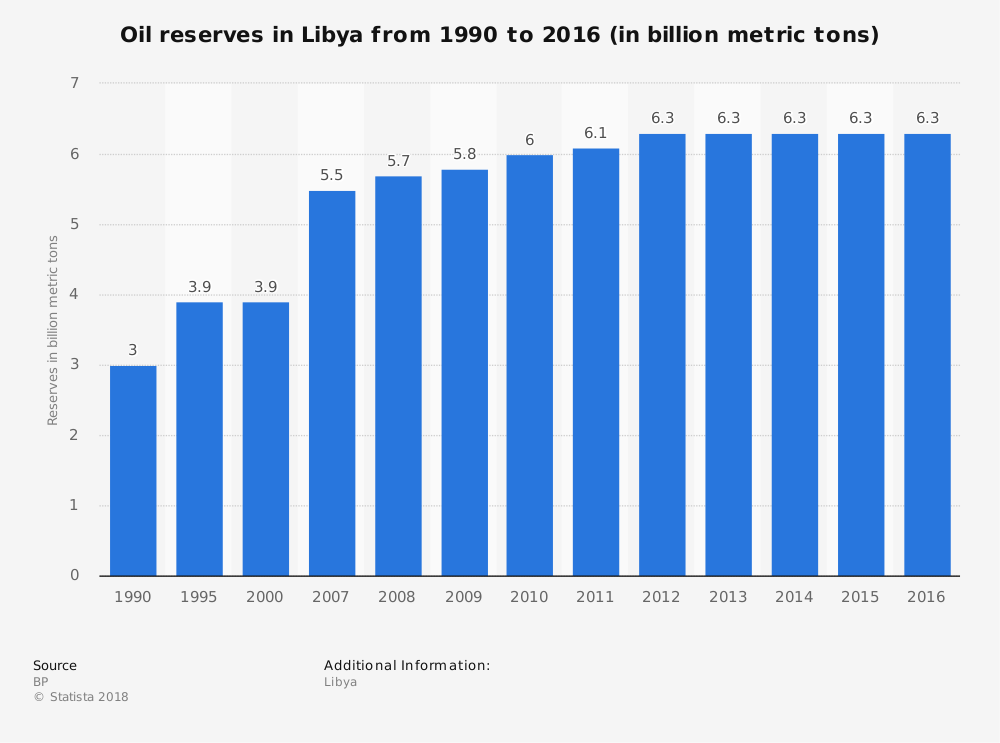 #11. Libya’s average total refinery utilization rate was only 20% in 2013-2014 because of frequent political disruptions. (EIA)

#15. 97% of the population in Libya identifies Islam as their preferred religious affiliation. (Statista)

#16. Libya imports about $11.7 billion worth of goods each year, which generates a trade surplus of about $3.9 billion thanks to the oil industry. (Statista)

#19. Italy receives the most oil exports from Libya, accounting for 28% of the industry. France receives another 15% of the exports, according to 2010 figures. China receives 11% of the oil exports. The United States receives just 3% of the exports. (Global Trade Atlas)

Disruptions have affected the Libyan oil industry for almost a decade. In 2018, the national output was finally able to sustain levels of 1 million barrels per day for the first time in more than 8 years. Then more shutdowns began to happen. Guards began to complain about their rate of pay. Property owners wanted rubbish cleared before providing land access.

The National Oil Corporation has published plans that would allow the Libyan oil industry to produce 2.2 million barrels of oil per day by 2023. To achieve this rate of production, an estimated $18 billion worth of investments are believed to be required.

Even then, the industry would not be able to reach the production rates of 3 million barrels per day that happened in the 1970s.

The political climate will determine how far toward the goal of 2.2 million barrels per day the industry will go. Attacks from armed groups, guard protests, and political maneuvering all affect the industry. Pipeline access is routinely cut-off as a way to influence political change. One explosion in December disrupted production by 100,000 barrels per day in 2017.

Libya has been exempted from OPEC production cuts. There is hope for growth in the industry. To achieve it, there must be political stability and stakeholders must risk billions.