Oil energy helped to fuel the Industrial Revolution. Our societies would not be where they are today if we did not have access to petroleum products. We often think of oil as something that we must drill into the ground to access, but this is not always the case. Petroleum seeps, which bring the oil directly to the surface, are located all over the world. The largest petroleum seeps are currently located in Ojai Valley, CA.

Oil is naturally yellowish black in color because it is a combination of various hydrocarbons that happen within the Earth. Several different types of oil are used to create energy, including light, intermedia, and heavy. Sweet and sour are used to describe the sulfur content in oil as well.

Here are the top pros and cons of oil energy to consider and discuss.

1. Oil energy is based on resources that are very easy to extract.

Petroleum is most often found in rock strata. That is how it even gets its name. Petroleum is literally “rock oil.” Numerous methods are available to us today to extract this energy resource, including surface collection. Drilling is common, both on land and off our shores, while new technologies allow us to extract shale oil. These extraction methods are proven, effective, and affordable, keeping energy costs low for the average household.

2. It is a high-density energy option.

Oil energy offers an excellent density level that is better than most forms of energy we currently use on our planet today. Once it is refined, oil offers a density ratio of 10,000 to one in energy production. The only fuel resource that has a better ratio is nuclear power. That means a small amount of oil can create large amounts of energy that can be consumed. It is also highly portable with its high-density ratio, which is why we use oil energy in a wide variety of applications.

3. Oil energy is easy to transport.

Oil energy is extremely easy to transport, even though it is a flammable energy resource. Most oil is extracted as a liquid with a fairly thick viscosity, making it easy to transport over long distances. An entire network of pipelines, trucking, trains, and tankers ship oil to locations where it can be turned into energy every day. Oil energy can also be used to create specific products, like plastics, that we use every day. Some pipelines for oil transportation are more than 2,000 miles in length.

4. It provides us with the foundation we need for renewable energy resources.

Renewable energy resources are our future. Fossil fuels like oil, by definition, are a finite resource. To develop renewable energy products, we must have oil energy available. Wind turbines, solar panels, and hydropower structures are all built because we have access to oil energy. The difference between renewables and ongoing oil consumption is that a net emissions savings can be generated for many renewables in 5-25 years. Through the benefits of oil energy, we can eventually become carbon neutral as a society.

5. It is extremely affordable.

Although the price of oil can be variable because it is traded as a commodity, it is still an affordable energy option for many households. About 8% of U.S.-based households use oil energy for their heating needs. For the coldest six months of the year, these households spent less than $2,000, on average, for their total needs. Even when oil was trading at record prices in the 2000s, the cost of oil energy per household was still $2,500 per year.

Energy spikes tend to happen in periods of extreme heat or extreme cold. Renewable energy production is not as scalable as oil energy can be when trying to meet these demands. With more oil access, additional energy can be created and then distributed to the households in need. That means households with access to oil energy can have the power they need, whenever they need it, no matter how much demand may be available – as long as there are enough resources available, anyway.

In the United States, more than 6 million people have direct employment opportunities because of the oil industry sector. The U.S. Department of Energy reports that more than 300,000 jobs were added to the U.S. economy because of oil energy. In the past 12 months, about 1 out of every 7 new jobs that was created for Americans came about because of the benefits that oil energy provides. These are high paying jobs as well, with specialist salaries averaging around $80,000 annually.

The oil energy sector also provides high levels of indirect employment within the economy as well. Since 2007, private sector employment has remained relatively stable in the United States, with slight declines seen in 2009-2011. The oil energy sector followed the same employment curves, but with greater success. Support jobs within this sector have risen more than 50% compared to all private sector employment. Extraction jobs are about 40% higher. In total, about 1 in 3 people benefit in some way from the employment opportunities that are available because of oil energy.

9. It is a proven technology.

We all rely heavily on oil energy to meet our daily needs. Most of the products we use today, whether they come from recycled or virgin materials, are created because of the high-density nature of oil energy. We have built our entire infrastructure around the ability to harness the energy that oil produces. You’re even reading this content right now because of the numerous advantages that oil energy provides. 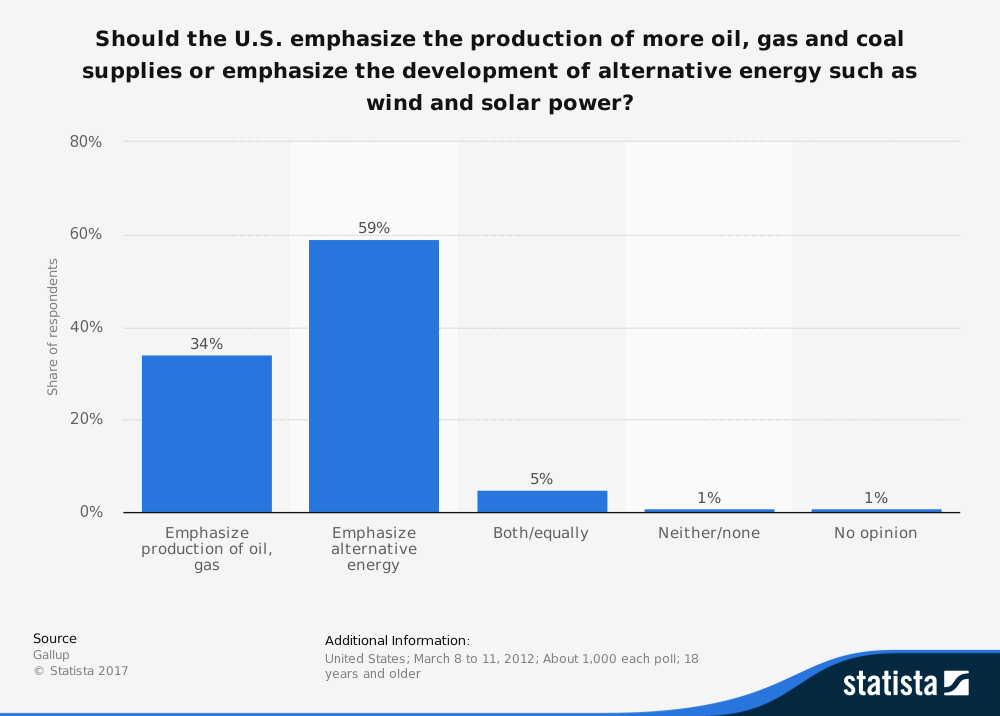 1. It is not going to last forever.

We have tar sands to harvest. We have shale oil that provides promising future opportunities. New reserves of oil are being discovered all the time. In the 1970s, we believed that our oil reserves would run out sometime around now. We’re still predicting 30-50 years of oil energy reserves today. Although we may never know when we’ll run out of oil, it will happen one day if we continue to consume it. Synthetic oils can be created in a few days in lab conditions. Natural oil can take up to 10 million years to form.

In the United States, 45% of problematic carbon dioxide emissions that are released into the atmosphere come from the consumption of oil energy. That is despite the fact that 37% of the energy consumed in the U.S. comes from oil. Only coal releases more pollution through combustion than oil does. At the same time, about 10 million gallons of oil has been spilled from transportation breakdowns. More than 1,300 pipeline spills have happened in the U.S. over the past 10 years.

3. It creates health issues when people are exposed to it.

Breathing the fumes from crude oil is known to cause chemical pneumonia. It can also irritate air passageways, cause dizziness and fatigue, or result in convulsions, arrhythmia, and even a coma. The components of oil are proven teratogens and will cause changes in fetal development, including defects and miscarriage. Acute contact with oil can cause vomiting. Long-term exposure could damage the liver or kidneys, while increasing personal risks for cancer development.

4. Oil energy is not something that is readily biodegradable.

The effects which oil energy create can have a negative impact on multiple generations. Women who are pregnant and children have the most significant risks. Oil is also not readily biodegradable, which means any spills must be completely removed from the environment for it to recover. When high levels of oil are present unnaturally, the devastation that can be caused is catastrophic. The Exxon oil spill and the Deepwater incident are evidence of the devastation that can occur.

If there’s one thing that humans are good at doing, it is competing for resources. Oil energy has generated huge profits that have brought several trillion dollars to companies and nations over the years. In Dubai, buildings have been plated in gold because there has been so much money generated by the oil energy industry. When that much money is involved, corruption is going to happen all along the political spectrum. People will do whatever it takes to get their hands into that pot, which means war, terrorism, violence is a natural outcome.

6. Oil energy is not a safe employment option.

Jobs within the oil energy have a poor safety record compared to other employment opportunities in the United States. In 2014, the Bureau of Labor Statistics reports that oil energy jobs made up 1% of all total employment for Americans. In the same year, the oil energy industry was responsible for 3% of all reported on-the-job fatalities that occurred. More than 140 people were killed in 2014 while working in the oil energy sector.

7. It is dangerous to refine oil to create energy.

The lethality of exposure to oil is proven. Exposures of just four-tenths of one percent can be lethal to marine life. When oil is refined, the benzene it contains is a known carcinogen. Being involved in refining oil creates lower overall white blood cell counts because of the high levels of chemical exposure. Even if the exposure level is less than 10 parts per billion, the result can be an increased risk of immunodeficiency and terminal illness.

8. Oil energy is known to be a trigger for acid rain.

We know that oil energy, when combusted, creates high levels of carbon dioxide, methane, and other greenhouse gases. It also creates a high-temperature event locally that can change weather patterns. Immediate high temperatures can oxidize nitrogen. When that oxidized nitrogen contacts sulfur that is found in oil-containing regions, an acidic combination occurs. The acidity reaches the atmosphere, which is removed by rainfall. That creates acid rain, which changes the acidity levels in all bodies of water.

9. It creates products that are equally harmful.

Micro-plastics are one of the most harmful pollutants on our planet today. Even though the dangers of micro-plastics and marine life may have been overstated in the past, the toxins that come from this exposure are still dangerous. Not only can the components of the plastics turn into toxins that affect environments, their impact is global. According to the Huffington Post, 85% of the debris in the ocean comes from oil energy products with total weight nearing 270,000 tons. In the next 10 years, this level of pollution could double. 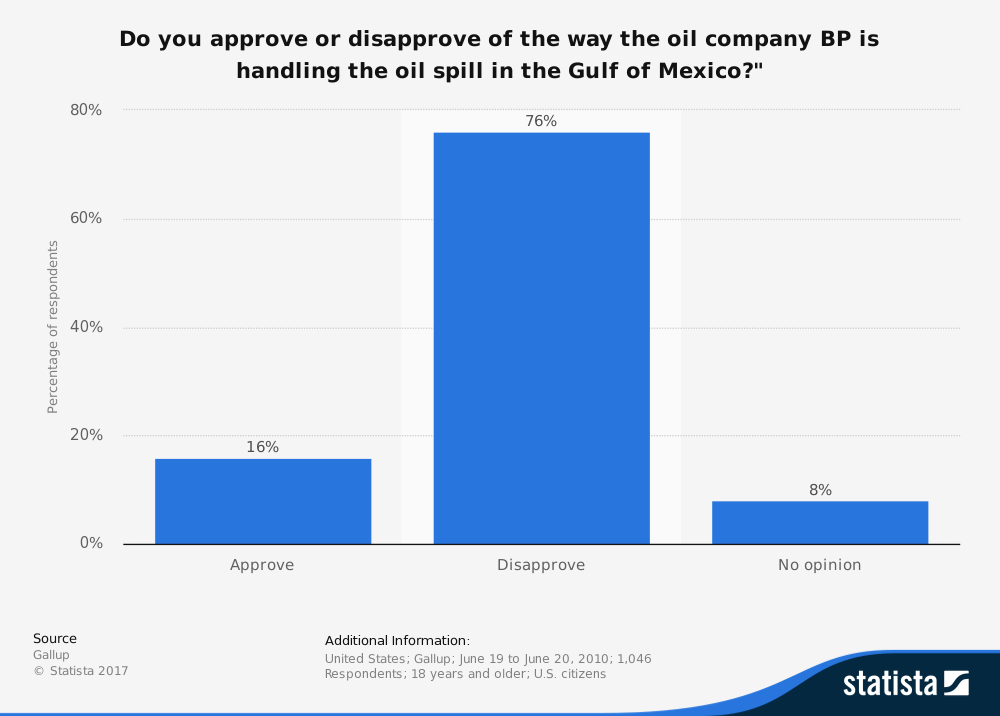 I recommend that you read these 33 fascinating oil dependency statistics that support some of these pros and cons.

The top pros and cons of oil energy have guided us toward a modern society that has more power at its fingertips than previous generations could have ever dreamed possible. At the same time, we must recognize that oil energy is a finite resource, even if it doesn’t seem to be right now. For future generations to benefit, we must begin the process of exploring alternatives while using the advantages of this energy option to continue societal progression.