Petroleum has long been part of life for those who called Venezuela their home. Even the ancient societies of the region where known to use crude oil, retrieved from seeps, for various purposes. They caulked their canoes with it, used it for lighting, and even included it with their local medicine.

As the Spanish came into the region, the benefits of the local petroleum were soon a top priority. Spanish ships were soon coated with it. The first barrel of petroleum shipped from Venezuela occurred in 1539, destined to Charles V, who had a nasty case of gout.

It would not be until the early 20th century when the first modern oil wells would be drilled and installed for the industry. Between 1910-1930, the oil industry quickly exploded around the country, taking Venezuela from an unknown nation to an influential super power. The industry was even a major part of the policymaking efforts of the United States in the years before World War II.

By 1976, the value of the oil industry was something that the Venezuelan government could no longer ignore. It was officially nationalized, following a 5-year plan begun under the presidency of Rafael Caldera that nationalized all assets within the industry.

#1. In 2015, Venezuela had the world’s largest proven oil reserves. An estimated 300 billion barrels was available, which is about 30% greater than the proven reserves of Saudi Arabia. It accounts for about 20% of all known global oil reserves. (Market Watch)

#2. It cost Venezuela more than $27.50 to produce a single barrel of oil, according to data released in 2016. This pricing included natural gas extraction as well. That makes the Venezuelan petroleum industry the fourth-most expensive producer in the world for getting this commodity out of the ground. (Market Watch) 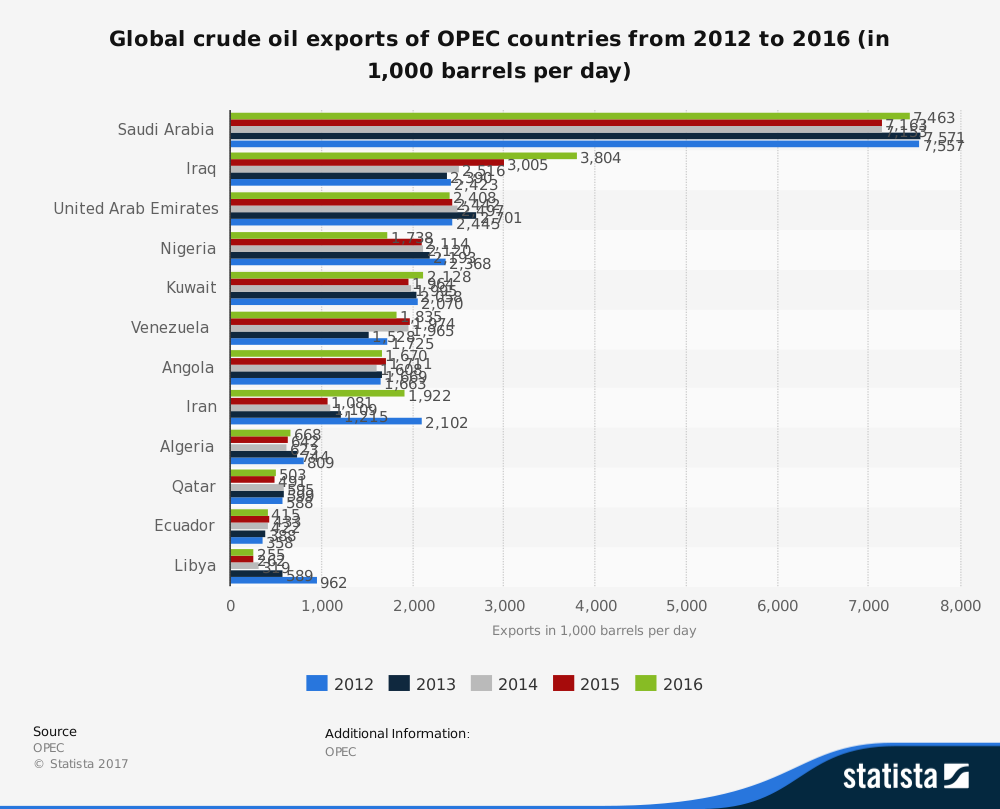 #3. The Venezuelan petroleum industry only has $10 billion in foreign reserves and owes more than $7 billion in outstanding debt payments. (CNN)

#5. To maintain current levels of demand, the industry requires at least 70 active oil rigs. The average number of active rigs in 2017 was about 50. A reduction of 10 oil rigs over the course of a month creates a market gap of almost 300,000 barrels per day. (Market Watch)

#6. The oil reserves produced by the Venezuelan petroleum industry account for about 95% of the country’s export earnings. The oil and gas industries are also responsible for about 25% of the nation’s GDP. (Organization of the Petroleum Exporting Countries)

#9. The industry had 1.3 million barrels per day of domestic crude oil refining capacity in 2014. All operations are by PDVSA, which is an arm of the government. Venezuela nationalized their oil industry in the 1970s. That means the company is the largest employer in the country. (U.S. Energy Information Administration)

#10. International oil organizations are permitted to develop new resources in Venezuela, but the government retains a minimum 60% ownership of any domestic developments. (U.S. Energy Information Administration) 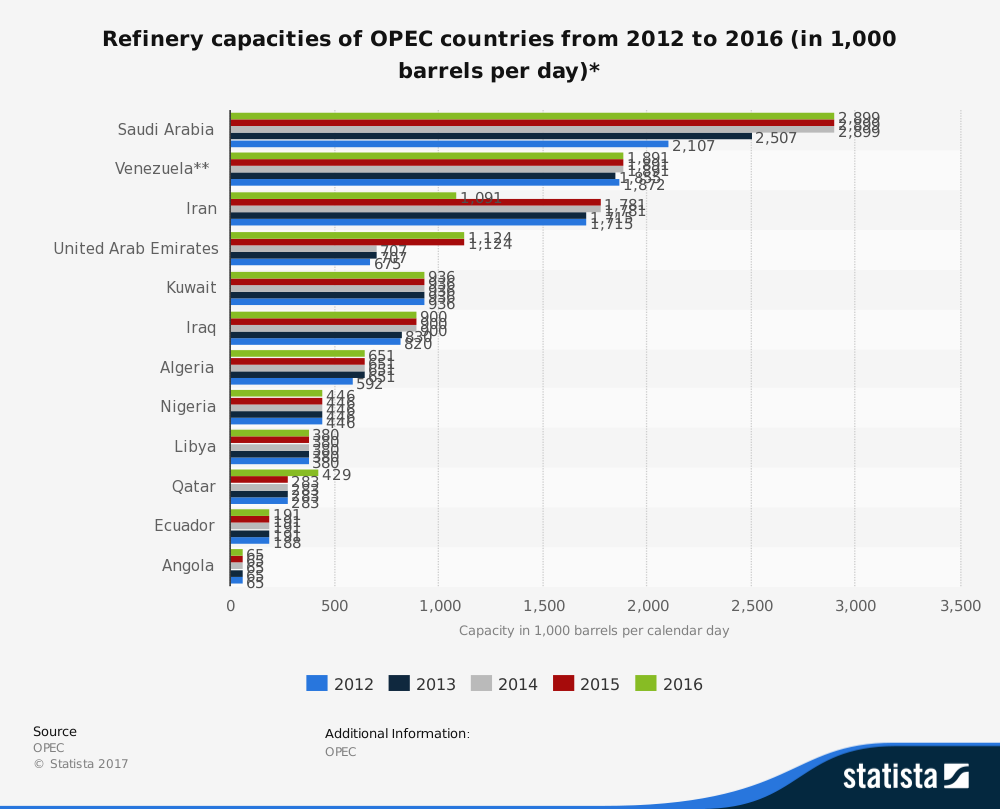 #11. Even though the industry has been experiencing declines in oil production since 2005, the country is still the 12-largest producer of petroleum in the world. In North and South America, Venezuela is ranked fifth. (U.S. Energy Information Administration)

#12. The Orinoco Belt in Venezuela, situated roughly in the center of the country, may contain up to 513 billion barrels of crude oil. With more than 22,000 square miles of potential development, an estimated $23 billion in financing is required to fully benefit from this total resource. (U.S. Energy Information Administration)

#13. Net imports from Venezuela to the United States totaled 713,000 barrels per day. Most of the oil and petroleum products that are exported by the industry are destined for the United States. About 40% of total oil exports go to the U.S. (U.S. Energy Information Administration)

#15. In 2017, crude outputs reached their lowest level in 28 years, dipping below 2 million barrels per day. It is currently operating at 32% of its total capacity. (Reuters)

#16. The oil industry fuels social welfare programs within the country and provides monetary resources for more than $60 billion in outstanding bonds. (Reuters)

#17. Capital expenditures by PDVSA dropped from $25 billion in 2014 to $11 billion in 2016, due to cash shortages experienced by the country. This has allowed countries like Canada, Mexico, and even Iraq to claim more of its export market share to the United States. (S&P Global Platts Analytics) 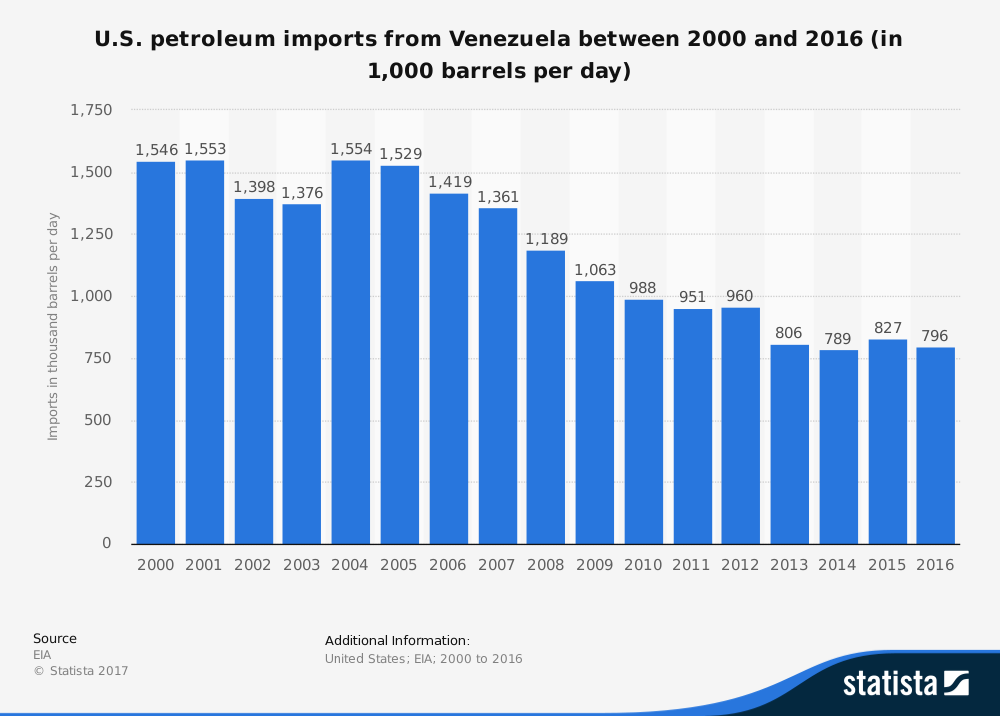 The reserves and value of the Venezuelan petroleum industry is beyond question. It is one of the most stable and lucrative reserves the world currently knows. It is the nationalized structure of the industry, facing aggressive budgeting on unrealistic price-per-barrel rates, that has the industry in trouble.

Current estimates suggest that oil prices would need to climb above $100 per barrel once again for the budget crisis in Venezuela to resolve on its own. The industry is currently severely in the red because the budgeted income from the industry has been less than 50% of what had been expected.

The world may be exploring renewable energy as an option, but petroleum is still required to make renewable energy products. There will be a place for this industry for the foreseeable future. How it is managed will determine how much influence the industry is able to achieve on the global stage.