Orthotics is a branch of medicine that utilizes artificial devices. They may involve splints or braces, though from an economic viewpoint, the industry involves devices that correct issues a person may have with their angle or foot.

Many people associate orthotics with shoe inserts that provide more arch supports. Several devices, however, are directly associated with the orthotics industry. Food pads, inlays, insoles, and ankle braces are common products that are manufactured by this industry.

#1. Up to 15% of the North American market could benefit from a custom-fit orthotic product. New custom fitting takes patient evaluation away from pressure plates because 3-D printing can provide a more accurate insole that can be used with current footwear choices. (Ergo Research)

#2. The total market size of the orthotics industry in the United States averages $1 billion in revenues each year. Another $1.3 billion is generated through retail and mail order foot care product sales. (Ergo Research) 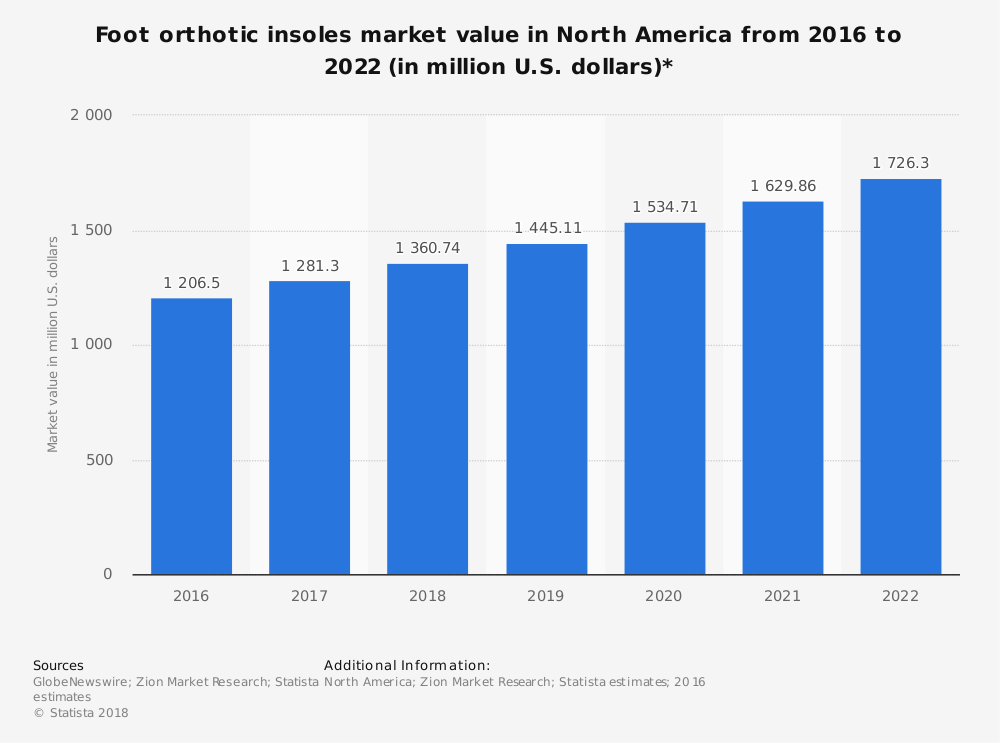 #3. About half of the 65+ age demographic in North America are listed as occasional sufferers of osteoarthritis. More than 30 million people have been diagnosed with the condition in the United States. (Ergo Research)

#4. The average cost of orthotics in the United States can range from $10, up to $800, depending on the product. Custom orthotics cost the most in the industry, with an entry-level price of about $300. (American Orthopaedic Foot and Ankle Society)

#5. The foot care segment of the orthotics industry has seen heavy pressure from overseas manufacturers that can produce items with lower labor costs. In the United States, for the 5-year period ending in 2017, this industry segment contracted by 2.6% annually. (IBIS World)

#6. The foot care product manufacturing market in the United States has a current estimated value of $644 million. About 130 business are currently active in this industry segment, employment an average of 1,500 people annually. (IBIS World)

#7. For every $1 that is spent by the orthotics industry on labor, about $0.12 will be invested into a capital expenditure. (IBIS World)

#8. For the period ending in 2021, the orthotics industry has a global expectation to grow with a CAGR of 6.64%. (Absolute Reports)

#9. In 2016, Medicare approved more than 3 million orthotic codes for patients that had been treated in the United States. Those treatment approvals resulted in more than $1 billion in Medicare expenditures in 2016. (American Orthotic Prosthetic Association) 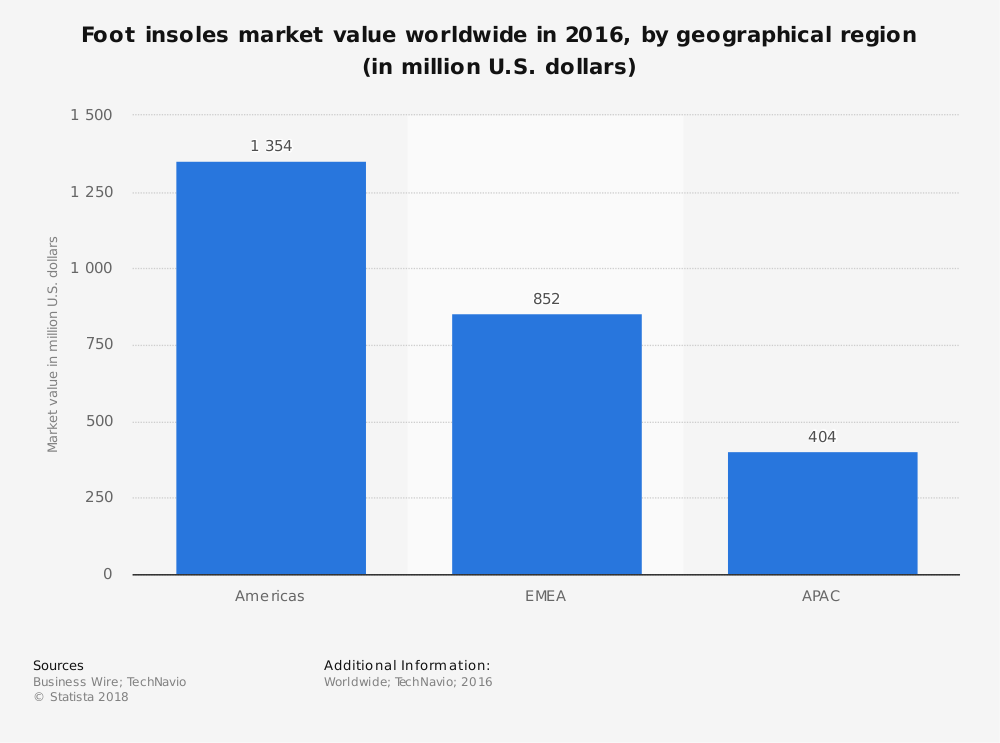 #11. The risk of someone losing a foot is up to 40 times higher for someone living with diabetes than for someone without the disease. About 80,000 lower limb amputations occur each year, which the orthotics industry may be able to support in some way. (American Orthotic Prosthetic Association)

#12. There are more than 3,000 patient-care facilities in the United States which provide orthotic services of some type. (American Orthotic Prosthetic Association)

#13. The patient services which are associated with the orthotic industry may generate up to $4 billion in revenues each year. (American Orthotic Prosthetic Association)

#14. Timely orthotic care may save up to 23% of the medical costs a patient experiences when compared to the costs that patients encounter when timely services are not provided. (American Orthotic Prosthetic Association)

#15. About $60 million in government funding by the United States is headed toward research that is related to orthotic needs, with an emphasis on providing services and supports to veterans. (American Orthotic Prosthetic Association)

#16. There are virtually no regulations in place for the orthotics industry in the United States. Almost any healthcare professional has the ability to sell orthotics to a patient. Professional associations are permitted to only regulate their own members. (The Orthotics Expert)

Orthotics are medical devices that can help to delay the need for a surgical intervention when foot or ankle problems are diagnosed. They are especially important for children, who may need to wait for their growth plates to close, before having an intervention occur. When designed correctly, they can help with the pain that is associated with a number of different conditions.

What holds this industry back from achieving its full potential is a lack of acceptance by healthcare insurers. If custom orthotics are prescribed, the average family in the U.S. cannot absorb the unexpected costs of the product, which may be up to $800. If there were coverage options available, sales would likely be much stronger.

Consumers are already spending more than $29.75 billion annually on their footwear. Globally, footwear sales account for $52.17 billion in revenues. The orthotics industry has a forecast CAGR that is double that of the footwear industry.

People want to be comfortable when they are on their feet. There is a demand for orthotics. The structure of the market, however, keeps it from being able to achieve the revenues that are out there waiting.