Optical fiber technologies are not new, but it is an industry which has encountered numerous challenges to its development over the past two decades. A combination of device support and infrastructure issues made fiber optics an expensive delivery option for most households. New ideas in the industry have created additional market opportunities since 2013, however, which has helped to spread access to high-resolution TV services and high-speed Internet.

When properly installed, modern optical fiber can transmit up to 15.5 terabits of data per second. As of 2018, that is about 1,000 times what the average capacity is for the industry.

There are several advantages that industry products provided. The signals sent over optical fiber do not degrade as quickly when compared to other wiring options. That means there is almost zero signal loss in most situations, reducing the number of substations required to maintain quality. 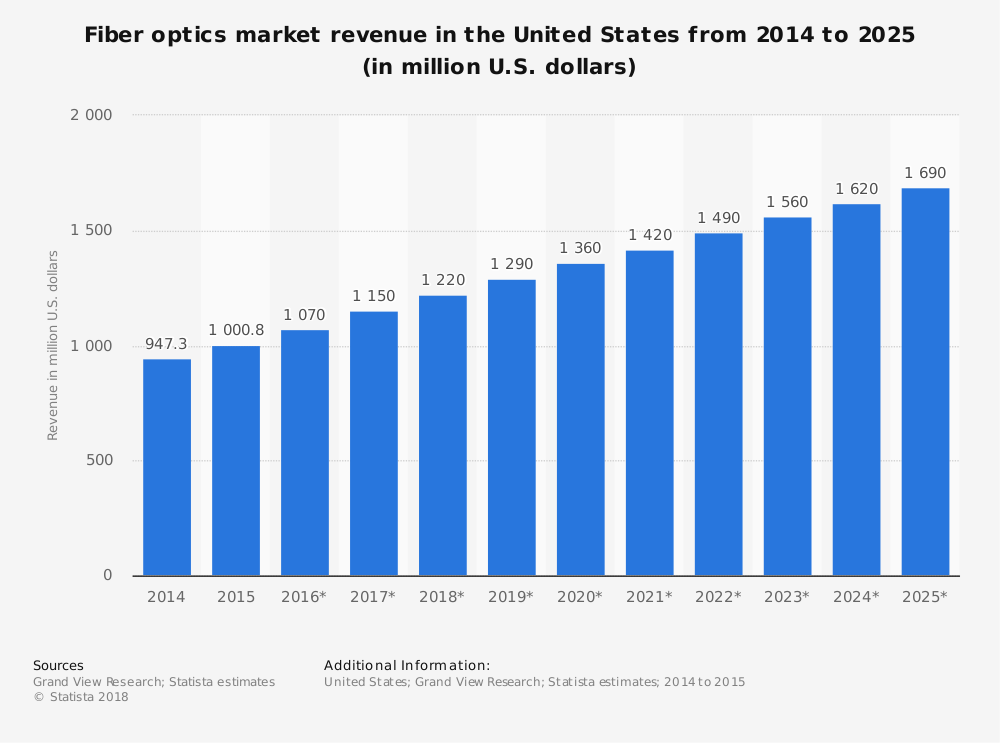 #3. There were 280 million kilometers of optical fiber in demand globally as of 2018. (Statista)

#4. 25% of the Internet available to consumers in the United States is provided through an optical fiber resource. (Broadband Now)

#6. When cable manufacturing is included with the optical fiber statistics, the value of the industry is an estimated $53.7 billion in China. Since 2013, this part of the global industry has expanded at an annualized rate of 19%. (IBIS World)

#7. Subscriptions to high-speed networking services grew by 14% from 2012 to 2013, creating a 15.8% market share of broadband connections in the Organization for Economic Cooperation and Development region. (CNET)

#9. Broadband utilization of optical fiber networks is highest in Japan, who leads with 68.5% utilization. They are followed by South Korea (62.8%) and Sweden (35.9%). The United States is ranked 14th in the world, with a utilization rate of just 7.7%. (CNET) 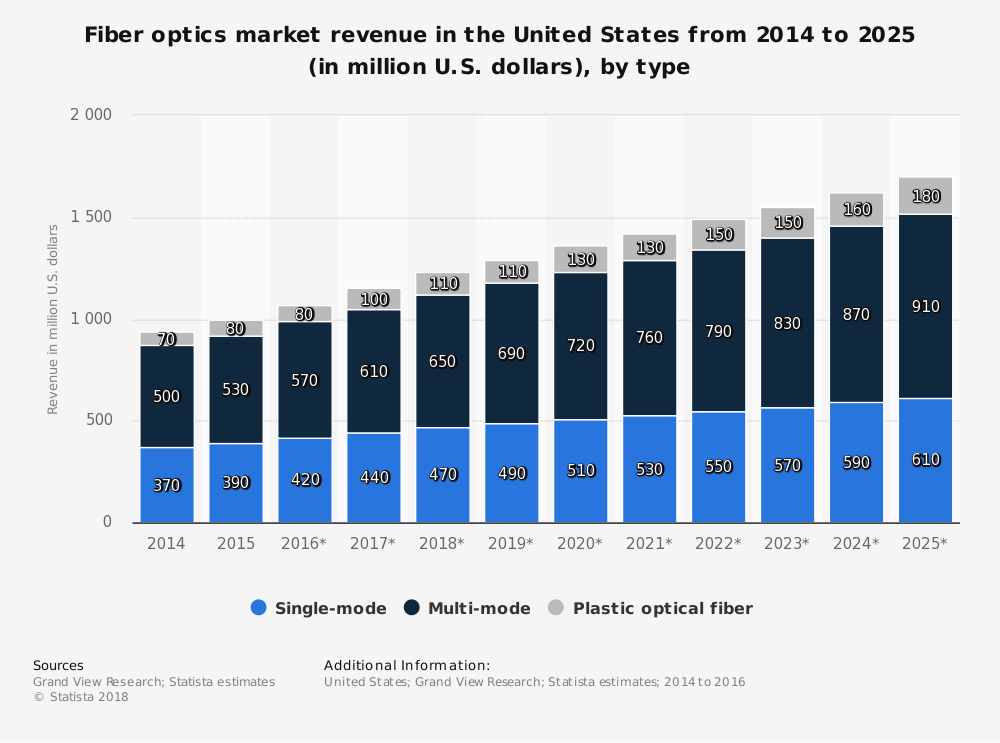 #12. There are currently 102.4 mobile broadband subscriptions in the 37-country coverage area for every 100 people. (OECD)

#14. DSL remains the primary technology of the industry, accounting for more than 40% of the fixed broadband subscriptions which are currently in use. In terms of fixed broadband penetration, Turkey showed the steepest year-on-year growth in 2017 at 13.6%. (OECD)

#15. The United States currently ranks 16th in the world in terms of average internet speed connection, at just 12.5 Mbps. South Korea leads the world in this category, with an average connection speed of 20.5 Mbps. They are followed by Sweden (17.4 Mbps), Norway (16.4 Mbps), Switzerland (16.2 Mbps), and Hong Kong (15.8 Mbps). (Business Insider) 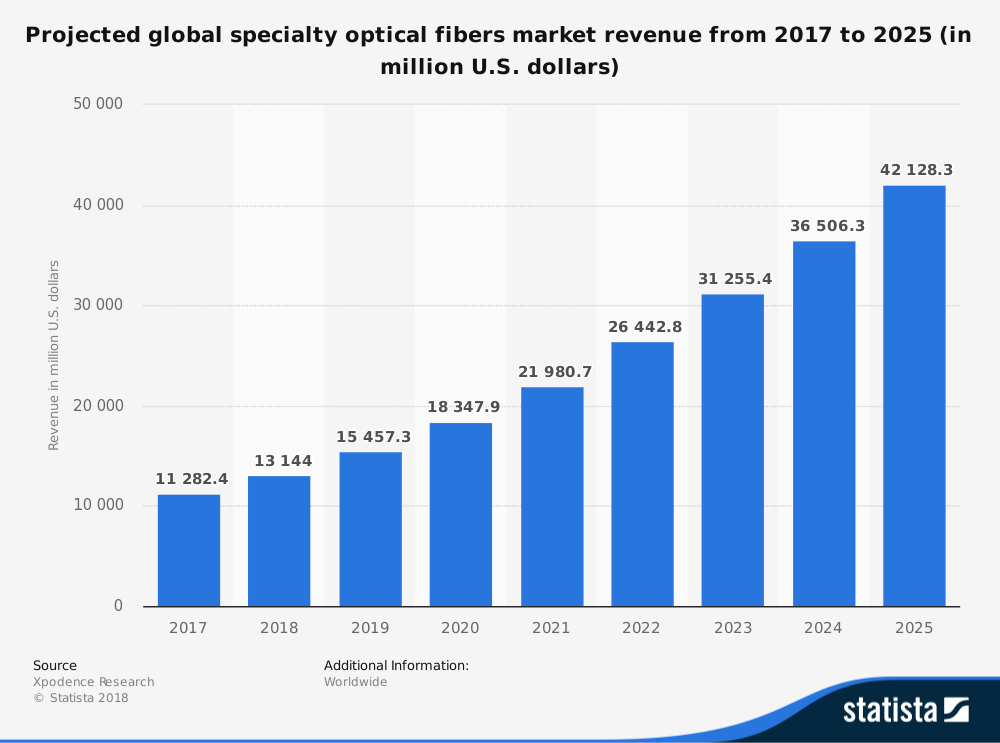 As the world seeks out faster data transmission access, the growth of the optical fiber industry continues to meet or exceed expectations. Even if speeds become 1,000 times faster than they are today within the next 20 years, modern cables have the capacity to continue meeting our needs.

By the year 2025, the manufacturing segment of the industry is forecast to be valued at $9.12 billion. When cabling from a global perspective is included, there could be a market share of $100 billion.

When this fact is added to the low levels of adoption in the United States for household fiber optic connections and the explosion of growth in Southeast Asia, this industry should continue seeing annualized growth rates of 10% or more in many of its market segments.

Numerous industries are investing in this technology because of its reliability and speed of data transfer. With information being one of our most coveted commodities today, the future looks very bright for the optical fiber industry.