The Number One Fear

Of all the phobias out there, public speaking is considered the highest. It affects 3 out of 4 people or 75% of individuals that suffer from speech anxiety. It also accounts for 19% and the largest majority of those suffering from some form of phobia out there. The top 10 listing of phobias is located below.

You do not have to let your fear of public speaking rule your life. As seen in the video below, a man goes through his own trials and tribulations, attending local classes to help him overcome his fear.

The following infographic outlines statistics of those who suffer from the fear of public speaking. An estimated 5.3 million Americans suffer from a social phobia, with 74% suffering from speech anxiety. Public speaking fear has a 10% impairment on wages. 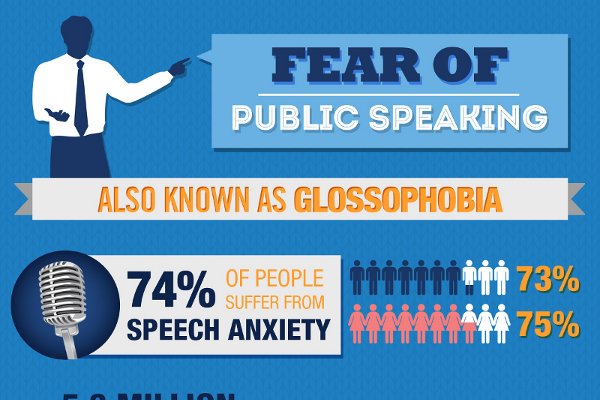