You can purchase cottage cheese in small-curd and large-curd varieties, along with an assortment of different flavors.

Cottage cheese is often promoted as being a low-calorie, high-protein food option. A 1 cup serving of creamed cottage cheese, for example contains 222 calories. Although it contains 25g of protein, which is 50% of the daily recommended intake levels, it also contains 819mg of sodium.

That’s 34% of your daily salt intake for the day as well. That hasn’t stopped the cottage cheese industry from becoming a $1.1 billion industry in the United States.

#1. In 2017, over 162 million Americans consumed cottage cheese as part of their eating habits. (Statista) 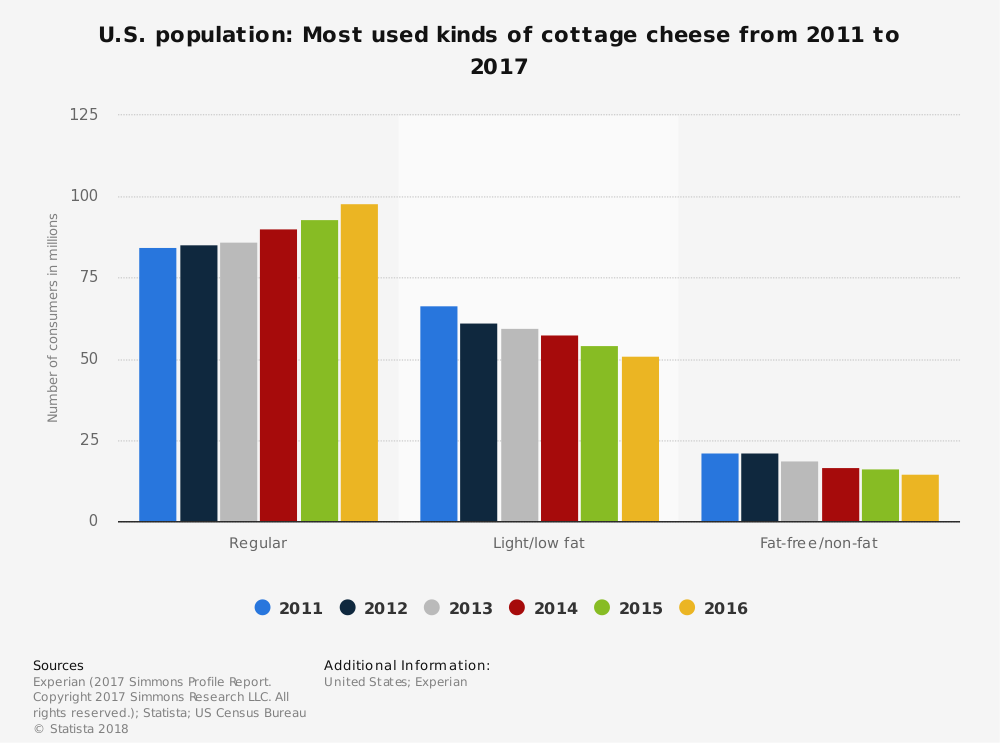 #4. In 2015, the United States produced 381 million pounds of cottage cheese, with only 55 plants producing the product. In New York, there are just 7 plans that produce cottage cheese products. (U.S. Department of Agriculture)

#5. 45% of U.S. households purchase cottage cheese at least once per year. (Food Navigator) 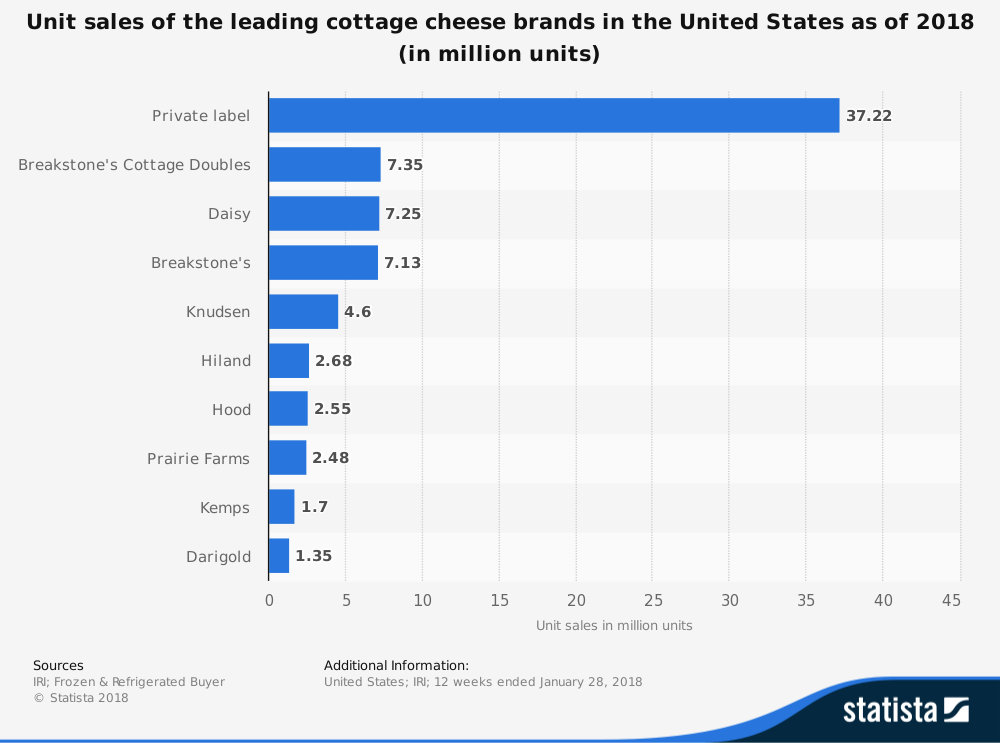 #11. Breakstone is one of the leading brands of cottage cheese offered for sale n the United States. Over the course of an average eek, about 3.35 million Americans will use at least 1 pound of Breakstone cottage cheese. (Statista)

#12. In the United Kingdom, cottage cheese and soft, natural cheese are the only products which have shown a clear increasing trend since 1974. More than 20g per week were purchased by UK consumers in 2011. In 1974, about 5g per week was purchased. (SRUC)

#13. Cottage cheese sales account for about 20% of the total industry revenues produced in the UK. It is the only cheese category that has grown over time since 1974 on a consistent basis, cutting into the market share of non-cheddar type cheese. (SRUC) 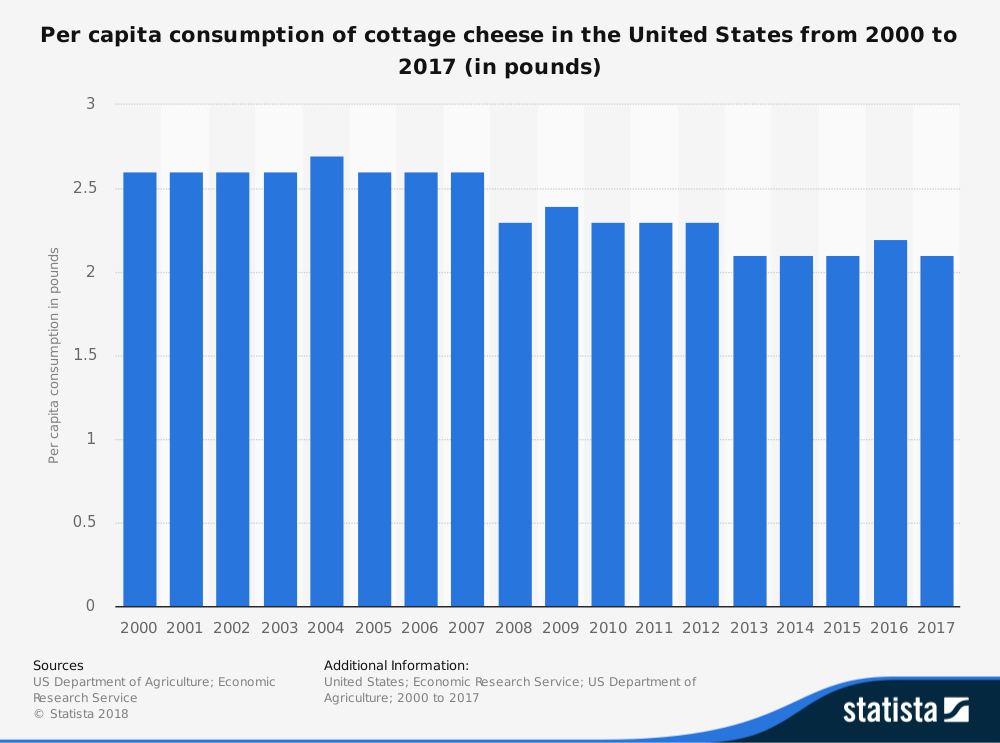 The cottage cheese industry in the United States is stalled. It is looking for someone to come in and be a disruptor. Although the market is good for $1 billion in sales consistently, there is little forward progress being made.

There are no big names involved with the cottage cheese industry either. Most cottage cheese products are offered by regional producers in the United States. Considering that cottage cheese is excluded from pressed cheese statistics, discovering trends in cheese consumption for this industry can become challenging.

If no disruptors are willing to enter this industry, then expect it to continue producing revenues at an average of $1 billion per year over the next 5-year and 10-year periods. If a disruptor is able to make an impact, then the growth potential for cottage cheese could follow a similar curve to that of Greek yogurt products in the past decade.