A convenience store is a small retail business which stocks everyday items which the average person uses. It may range from snack foods to toiletries to tobacco products. In the United States, convenience stores are often associated with fuel stations. They are often located along busy roads or at important intersections in a community.

The first chain-type convenience store opened in the United States was located in Dallas, Texas. Opened in 1927, it was originally operated by the Southland Ice Company. In time, the company would eventually transform itself into 7-11.

Here are the advantages and disadvantages of a convenience store to consider.

1. They are a natural destination retail location.

Convenience stores are placed in locations that are convenient for local customers. They are a natural destination point for the neighborhood in which they are located. If someone requires a couple of items that doesn’t justify a trip to the local grocery store, then a trip to the convenience store down the street makes more sense. Although the prices at a convenience store tend to be a little higher, customers spend less to get there, which creates a pricing balance.

2. It provides an economic boost to the community.

Convenience stores have stable revenue streams because of the nature of their business. People stop by these stores because they are convenient, having what they need to get through their day. Many locations offer gasoline for sale as well, along with propane or kerosene, which generates more local economic activity. Convenience stores provide employment opportunities, business ownership opportunities, and are relatively recession-proof in most locations.

3. It doesn’t cost much to start a convenience store.

Although the cost to start a convenience store business which includes fuel at an important location in a community may cost over $1 million, it is also possible to start a store for around $10,000 in the United States. Much of the cost variation depends on if you’ll lease or own the property, if there is an existing business in place you can take over, and if there are franchising fees involved.

4. Convenience stores are not bound by local pricing needs.

The benefit of a convenience store, from an ownership perspective, is that pricing is independent of recommended systems. Most customers are willing to pay a little more for the convenience of being able to purchase a wanted item close to home. Convenience stores can also provide an outpost for travelers, which allows for higher pricing because providing access to needed items saves time for the traveler, which is valuable to them. Even if there are multiple stores within a 5-mile radius, a convenience store will generate a loyal following, which creates income for the owner.

About 40% of the convenience stores operating in the United States are connected to a franchise opportunity. That equates to almost 60,000 convenience store locations. Although the cost of purchasing a franchise is similar to the cost of purchasing an established store, the actual costs are much lower than if you were creating your own brand. Most franchise owners become profitable faster than independent owners, and there is internal training and support offered by the franchising company. 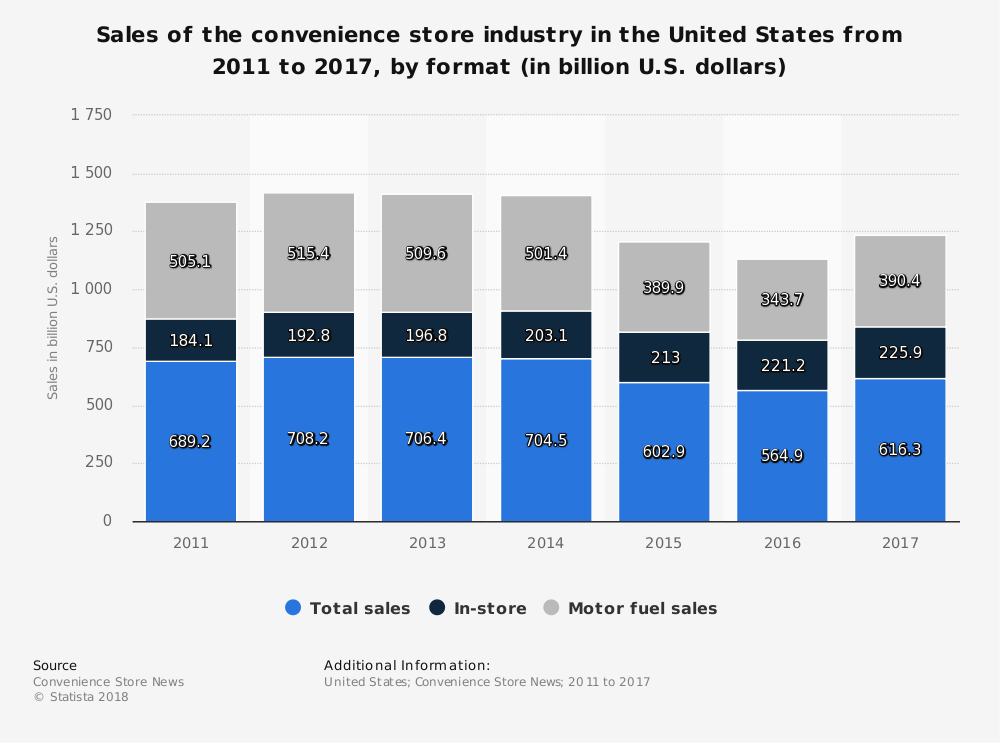 Most convenience stores open early in the morning, then close late at night. Several stores are open around the clock to meet the needs of their local customers. That creates a staffing challenge for a store that is independently owned and operated. Trying to find employees to work specific shift hours that are early in the morning, or during the overnight, can be expensive. Trying to fill those hours personally can lead to higher levels of stress.

2. They are often targeted by the local criminal element.

Any retail location faces a risk of theft in multiple ways. Shoplifters may come into the store to steal food items they want. Criminals have targeted ATMs in convenience stores, causing damage to the building. There is always the threat of an armed robbery for cash in the register as well. Outside of the store, these locations may be used as a site for illicit drug transactions and other criminal actions. Even with a strong security system in place, up to 6% of the budget for a convenience store should be dedicated to cover losses which may occur.

3. Cleaning and maintenance are frequent requirements.

Convenience stores see a lot of traffic every day. That means people are coming in and out of the store, tracking in dirt and debris, which must be removed for health concerns. You’ll have product vendors coming in and out of your store as well, along with equipment maintenance needs which require multiple inspections. A lot of time goes into preventative maintenance when operating a convenience store, which can eat into the tight profit margins that some stores have.

Expired foods have become an increasing component of the diet for many Americans. Forbes reports that food banks are seeing requests for emergency food assistance rise by up to 40% in just 12 months. Although stores can make some money back by selling expired products to salvage food centers, or donate items to a food bank, it is inevitable that some of the food products will end up in a landfill. If inventory losses are not managed appropriately, the cost can be steep enough that it may affect the profitability of the business.

5. These stores sell what people want more than what they need.

To be fair, people don’t really need candy, beer, energy drinks, or cigarettes. These are items that they want. If someone is trying to break a bad habit which is affecting their health, a recommendation to avoid the local convenience store is not uncommon. Except for the fuel that some stations provide, the rest of what can be found for sale at these stores is more about wants instead of needs.

6. Prices at a convenience store can be triple the going rate in the community.

Visiting a convenience store on a frequent basis can create a budgetary crunch for some consumers. Almost everything is priced higher at a convenience store because of its convenient location. You might pay the same price for a handful of ibuprofen tablets at the convenience store as you would for a whole bottle over-the-counter at the local pharmacy. Some items may be priced triple of what they are at the local store. Add in the fact that many food items are filled with strong preservatives and the shopping experience may not be very healthy for some individuals.

7. Some convenience stores charge to use debit or credit cards.

Convenience stores often charge a premium for using a debit or credit card. These fees may be posted on the counter by the register, then are posted nowhere else in the store. Once a customer grabs what they want, it doesn’t make sense to put it all away for a $0.35 surcharge. Taking money out at the ATM could cost up to $5 at the convenience store. Many of the fees may seem small, but if you visit once per week and pay with credit, you’ll be paying over $18 in fees.

Franchises require more than an initial investment to use the branding. There are ongoing royalties which must be paid to the franchise as well. Owners must all use established practices by the franchise to operate their business, which limits their personal influence on the store. The equity of the business, along with its reputation, are tied to the franchise brand as well. If the parent company receives a lot of bad press, that will affect the revenues generated at the local level.

These convenience store advantages and disadvantages show that a properly placed store can be financially beneficial to owners and customers alike. At the same time, there must be smart inventory controls and an effort to build client relationships for a convenience store to be successful over a long-term basis. People visit these retail locations because they are convenient. If you can provide that experience for your community, then you have the potential for a profitable business venture.